BY TIMMY SNOW: When I sat down to start writing this article I almost changed my mind and thought maybe I’d be better off writing about something else. After all, Supergiant’s Hades has been a smash hit and already gotten heaps of praise and attention in gaming magazines and websites. In the end, I decided the game is so good that it deserved another person singing its praises.

In the unlikely event you haven’t heard of Hades yet, here’s a one-sentence rundown: the story follows Zagreus, son of Hades (God of the Dead), as he attempts to escape the Underworld. If you saw the art for Zagreus and instantly wrote him off as another dark, edgy rogue-like protagonist (like I did) then prepare to be pleasantly surprised. Zagreus is kind, empathetic, earnest, and friendly. 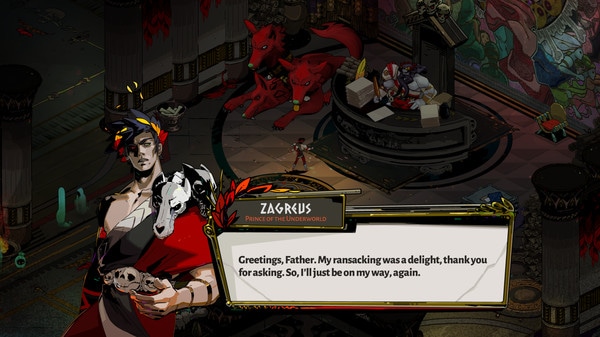 As a matter of fact, quite a large section of the game revolves around Zagreus being social and deepening his relationships with the other characters. Storylines won’t move along unless you make sure to talk to characters involved in that thread’s plot, give them gifts, and even resolve personal quests for them. Certain items will only be unlocked after Zagreus has bonded with another character, or developed their bond enough.

The NPCs Zagreus interacts with are also amazingly fleshed out and characterized. From Hades, your distant and ever-critical father, to Skelly, your mysterious, friendly punching bag. Even some of the enemy characters, like Asterius, the Bull of Minos, have interesting interactions with Zagreus that will change as you progress the game. The amount of different, dynamic conversation paths you can have based on different factors is mind-boggling. 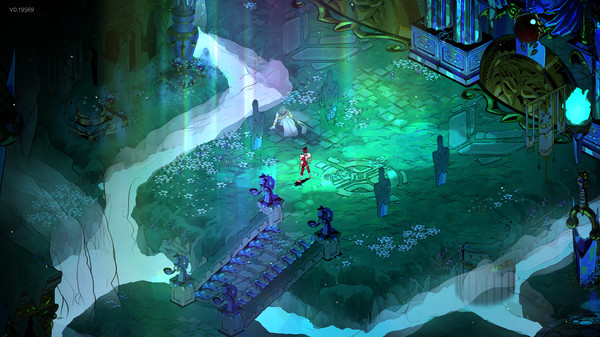 I can’t tell you how many times I loaded up with a certain weapon, or received a certain boon, to have a character comment on that specific aspect of my run. Wield one of the ranged infernal arms and a character might call you a coward for fighting at a distance. Use a weapon that was once wielded by another character and someone you talk to will likely comment on it. When I first started playing this game I never expected that kind of character interaction.

It keeps every run through the underworld fresh and incentivizes you to change up your playstyle. Not only because of the story interactions but because the game gives you different rewards for changing your fighting style. Use a weapon you’ve cleared a certain boss room with before and you won’t get the big reward for winning that fight, but a lesser prize instead. Between this and the random boons given by the gods, it makes it difficult if not impossible to completely plan out a run. 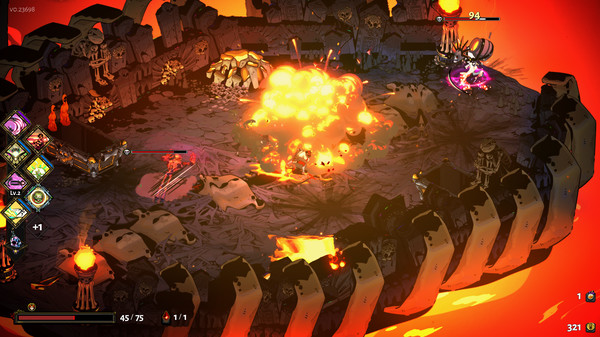 That also doesn’t mean you can’t “specialize” in a certain weapon or playstyle. Later on in the game’s story, you’ll gain the ability to increase the difficulty of your trek through the underworld. For each tier of increased difficulty, you can gain the rewards you’ve already gained from clearing the boss room. Meaning if you want to use the Sword over and over again without missing out on too many rewards, you can choose to do that. You will still miss out on the unique dialogue granted by wielding different weapons, however.

The desire to get new dialogue is what drove me to play through multiple times with multiple different weapons. And I’m honestly glad I did, as the experience ended up changing the way I played and changed which weapons were my favorite. I hated the bow and the fists when I first unlocked them and loved the spear. Now, the bow and fists are some of my most used weapons, and the spear feels too slow and clunky for me. I’ve talked to people who had the opposite experience, and altogether it seems like there is a weapon and play style for everyone. 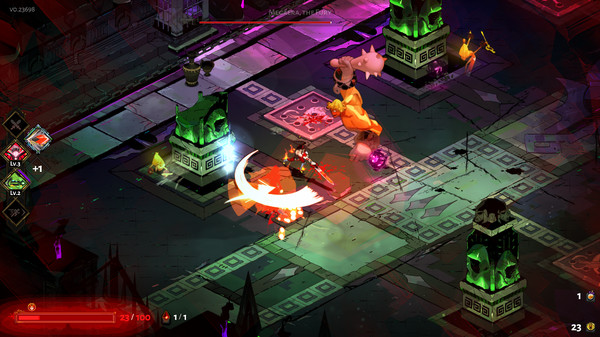 Which seems to be the crux of Hades design: Something for everyone. Do you want a challenging rogue-like with hours of replayability? Hades can do that. Do you want to experience a deep story steeped in Greek myth with likeable and memorable characters? Hades “God Mode” makes the story the focal point of the experience. Do you want to simp over amazingly designed and voiced characters, or listen to a fantastic soundtrack with songs that I’ve actually added to my everyday playlists? That’s in Hades.

Honestly, I could go on and on about Hades and how much I enjoy this game, how much I love the art, and how much I hope we get DLC or a sequel of some kind. (Please, Supergiant?) But you’ll be better served giving the game a chance yourself, experiencing the story and the characters yourself. There’s a reason it’s been getting the praise it’s been getting, and it’s not just because we’re all thirsting over Zagreus.