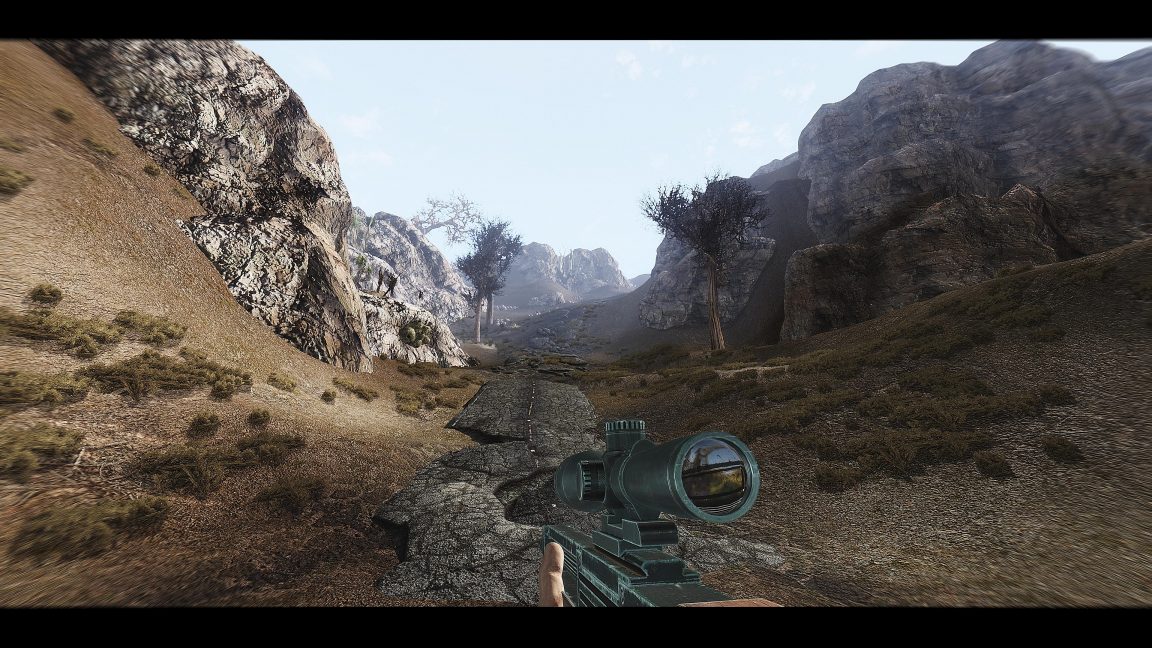 If you’re looking for the best Fallout New Vegas mods then you’ve come to the right place!  We have collated a collection of the best mods to install for your next playthrough, whether you’re playing Fallout New Vegas for the first time of the hundredth.

The Fallout series remains one of the biggest video game franchises, despite the negativity surrounding Fallout 76.  The franchise launched in 1997 and despite taking a 10-year hiatus, Bethesda capitalised upon the cult-following for the original games and released Fallout 3 to critical acclaim.

Fallout: New Vegas sold 1.8 million copies in its first week and continues to sell well in regular Steam sales.  Like many of the games in the series, New Vegas features branching storylines and seemingly limitless possibilities in its depiction of a desolate Nevada.

I’ve put hundreds of hours into Fallout New Vegas but have only recently turned to mods to build upon the vanilla game’s experience.  Call me old fashioned, but I’d always been wary of mods – both the challenge in installing them and the risk of breaking my game and/or hardware.  But, I needn’t have worried; modding games these days is as simple as running an installer and dragging a few files into a folder.

There are approximately 20,000 mods for Fallout New Vegas.  That’s mindblowing.  Knowing where to start is the real challenge – do you go with small tweaks or aesthetic changes, or venture into the territory of additional quests and new characters?  Or, how about massive overhauls that completely change Fallout New Vegas’s inner-workings?

After experimenting with a plethora of mods, I’ve put together this list of the best Fallout New Vegas mods for new, returning and hardcore fans of the game. 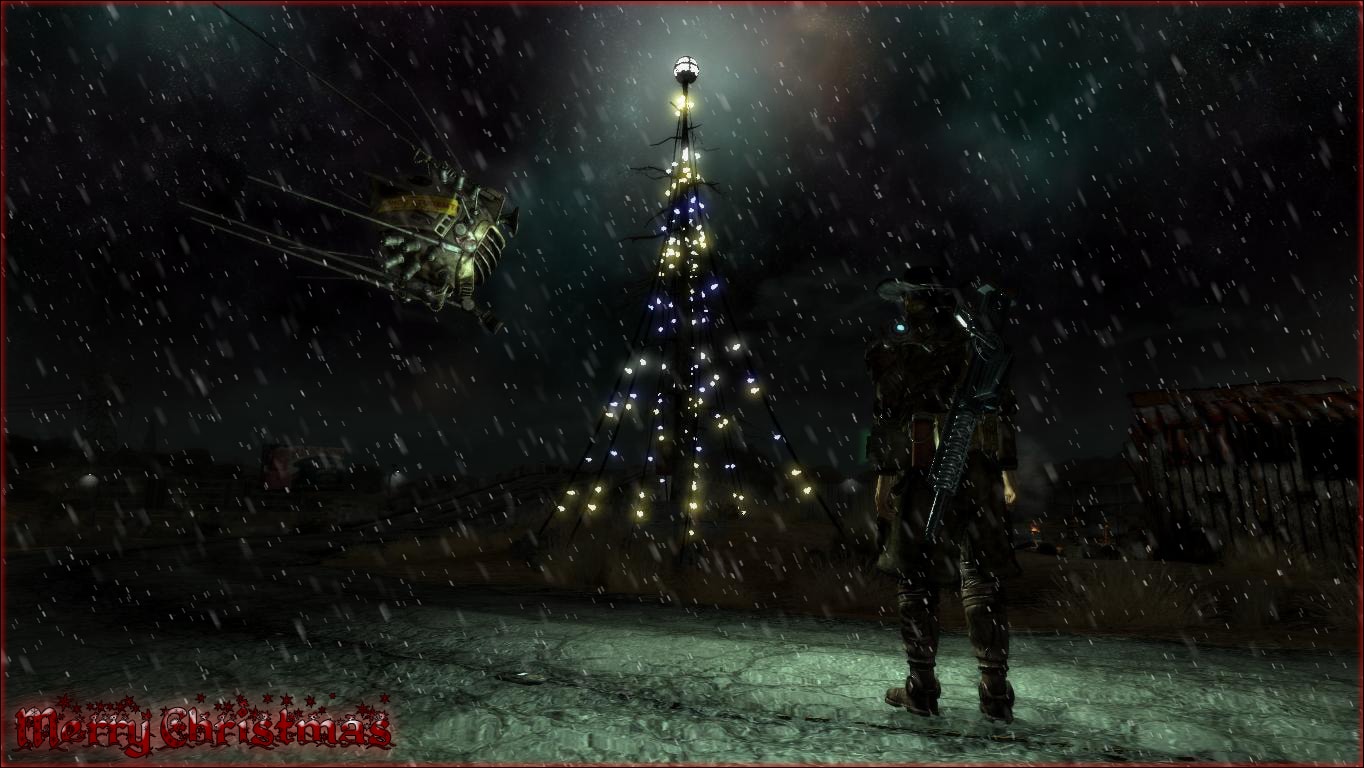 The Electro-City Fallout New Vegas mod adds much more lighting to the desert wastelands of the Mojave.  This makes the lights feel much more realistic, though it should be noted that it introduces lights at points where you wouldn’t necessarily find electricity in a post-apocalyptic world, but…details, details.

It’s amazing how a mod that simply adds light poles with lights and adds lights to pre-existing poles, can make New Vegas feel like a different place.

This mod also comes an additional optional component called Darker Nights, which is worth mentioning.  Darker nights make visibility at night much lower, meaning that players will barely be able to see where they are going. This can make for some interesting moments across the map, and even opens up the possibility for a few jumpscares as enemies only become visible at a more realistic distance. Despite having player Fallout New Vegas for countless hours, this mode changed the experience significantly for me.

Personally, I find the little details in games the most interesting.  The details that are hard to spot and, often, you may not even notice them.  But, these are the details that make a world feel genuine and feel alive.  That includes game mechanics that vary depending on the game’s situation (such as the time in the world), hidden easter eggs and other minute detail.  The reason I enjoyed Metal Gear Solid 3: Snake Eater so much was because I’d keep discovering more and more small details with each playthrough.  Throwing beehives on enemies is something I discovered after my 10th playthrough, for example.

With the Impact mod, you get to experience this added level of detail to the guns in New Vegas. Guns make different impact decals depending on their calibre, model, and the surface fired upon. All these differences made for some visually appealing destruction following a frantic gunfight. Even shell casings were specific to each gun and you could easily spot the difference between various models.

The TitanFallout Fallout New Vegas mod, simply put, adds a summonable and controllable robot to the game, similar to Titanfall.

Having giant robots fight alongside you in any game can give a confidence boost to storm right into the enemy and still be saved. There’s also the thrill of being able to control towering giants to your will and using them to stomp on enemies.

Being massively overpowered and fighting enemies many times your size is a thrill that any risk-taking gamer will take any day.  Deathclaws won’t know what hit ’em.

If you ever felt that the weapons used in New Vegas are a bit bland and can use a larger variety, say no more.  The Weapons Mods Expanded – WMX mod takes weapons to a whole new level, giving all weapons the maximum of three applicable weapon mods.  And, yes, that includes unique and melee weapons.

The mods don’t exactly do anything too drastic, most are just much-needed enhancements that make normal guns much more usable in different situations. Things like laser sights, grenade launcher attachments, spread reduction, suppressors, increased rate of fire, etc. are what can be seen most easily.

There Are So Many More Fallout New Vegas Mods to Try

It would be impossible to list ALL of the worthwhile mods for Fallout New Vegas thanks to the committed and talented roster of modders who continue to commit to the Mojave to this day.  There are just so many good mods that it is difficult to choose even just a handful, but I have chosen the ones that resonated the most with me.

If you’re interested in taking your search beyond this article, Nexus Mods has an incredibly large and diverse collection of mods.  They have reskins, new weapons, enemies, and even complete overhauls of New Vegas and the underlying engine.  If you find any that stand out above the rest, let us know that I can check them out and maybe add them to this article.

What are your favourite Fallout New Vegas mods? List them down below!