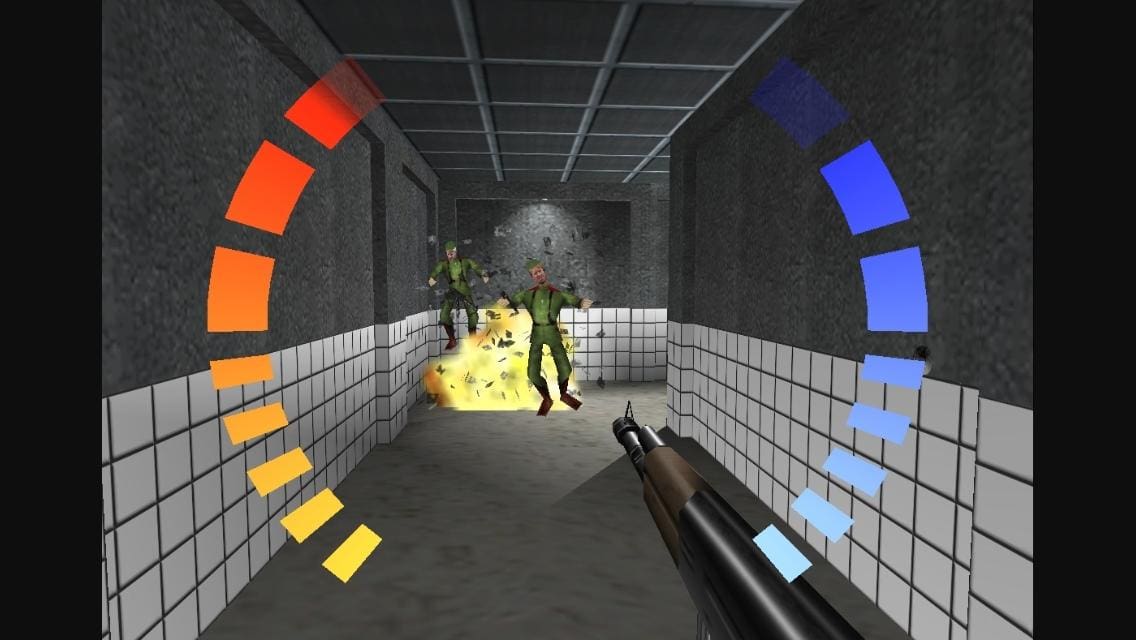 Goldeneye 007 for the Nintendo 64 was the number one first-person shooter on the market when I was a kid. The 3D visuals were remarkable and the gameplay was responsive, fast and exciting.  It was the game that all of my friends wanted and when I unwrapped it for my 12th birthday, I had high hopes.  It didn’t disappoint.

I spent dozens, if not hundreds, of hours playing and replaying Goldeneye.  I barely touched the multiplayer (I didn’t say I was a normal kid) and instead tried to master each level, gradually increasing the difficulty as the weeks passed.

There were so many good levels that it is difficult to remember which was my favourite.  Instead there are a few moments etched into my memory; James Bond fixing his cuffs on a speedboat, and diving off of a dam.  It made me feel like Bond.  I loved it. 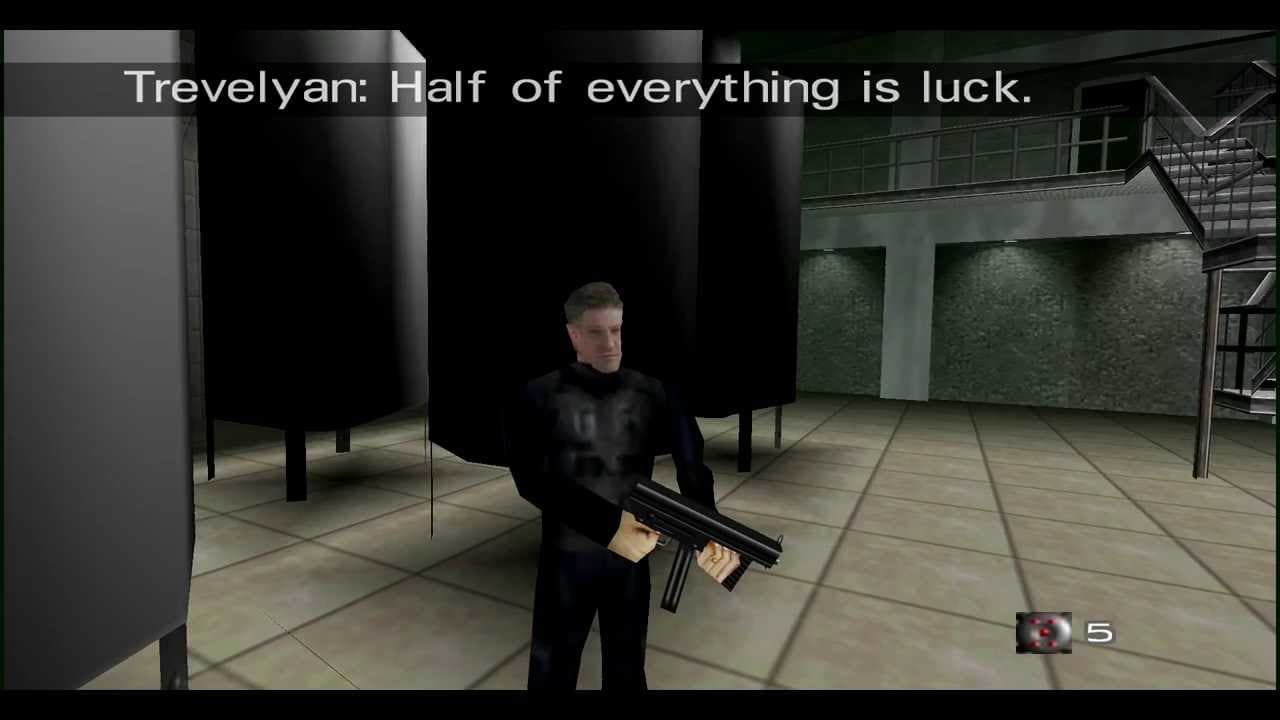 Years have obviously passed since those days.  Recently, I’ve been longing for the comfort of games from my youth.  Don’t get me wrong, modern games are great – brilliant, in fact – but keeping up with even the biggest releases can be a chore.  Playing just a fraction of the “must-play” titles released each year is a challenge that my adult life cannot accomodate.  I’m getting fatigued by my ever-growing Steam backlog and wish-list.  Who’d have thought that being an adult gamer would be so exhausting?

As a break from the relentless release schedule of modern games, I’ve started reading and watching retrospectives about my favourite games growing up.  Sonic the Hedgehog 2 on the Master System 2, Donkey Kong Country on the SNES, Metal Gear Solid on the PS1, and so on.  From there, I found myself booting up the games from one system: the Nintendo 64.

I’ve enjoyed returning to Mario Kart 64 and Super Mario 64, but it is Goldeneye which has had me picking up the iconic trident controller more than the other classic games on Nintendo’s system.

In truth, I thought I’d spend half an hour or so playing through Goldeneye’s first few levels then move on to a more recent title, probably one on PS Now on the PC.  I thought that the controls would feel too awkward, the visuals would be too ugly, and that the overall experience would tarnish my memories.

I was wrong.  Goldeneye holds up surprisingly well today. Goldeneye perfectly captures the magic of the James Bond movies prior to the more realistic Daniel Craig releases.  Goldeneye the game is as cheesy as the movie – in all the right ways.  It is over the top, unrealistic, and a secret agent power trip.  One man against an army of (apparently) highly trained soldiers on a mission to defeat their devilishly bad leaders and halt their evil plot.  All with an array of gadgets and a handful of one-liners.  It is ridiculous and it is brilliant.

There is no denying that Goldeneye isn’t as refined as modern shooters.  Halo, Call of Duty and other modern releases are comparatively well-oiled machines that benefit from the past few decades worth of game evolution, whereas Goldeneye is very much a classic game of its time.  The controls are awkward, the enemy AI is suicidal to say the least, and the story would feel half-baked if it wasn’t for the movie fleshing it out.  It doesn’t feel like a game released this generation, or even in the past decade, and anyone expecting it to is being unrealistic.

What Goldeneye lacks in refinement, it makes up for in pure good ol’ fashioned fun.

With the ever-present aim-assist on hand, I found myself charging through levels taking out every guard who came between me and my objective.  Sometimes I’d run past all of the enemies, dive into a room, then wait for them to line up in the doorway for my KF7 Soviet to do its job.  Skill isn’t really a requirement unless you jump to the higher difficulty levels, but that doesn’t stop the lower difficulty settings being a whole lot of fun.

The levels are reasonably varied and the level of detail is impressive considering the hardware constraints of the time.  The snow-swept landscape of the Severnaya missions is a key example of this, but the same can be said for Monte Carlo, St. Petersburg, Cuba and many others.  The levels in general feel larger than they actually are, which is to the credit of the game design team all those years ago.  They are a pleasure to navigate and explore.

Returning to Goldeneye as an adult has been eye-opening.  I remember that I had a lot of fun playing it as a kid, but couldn’t remember an awful lot about it.  In some ways, that has enabled me to re-experience it free from some of the constraints of nostalgia, though not all.  With only slightly rose-tinted glasses, I’ve had an absolute blast playing Goldeneye.  As a gamer who burnt out on Call of Duty and the like years ago, returning to this classic first-person shooter has been refreshing.  Every game from my youth has undoubtedly aged – some better than others – but fun transcends time.  A good game then is a good game now.  And Goldeneye was and is a good game.

What retro games do you feel hold up well today?  Let us know in the comments!