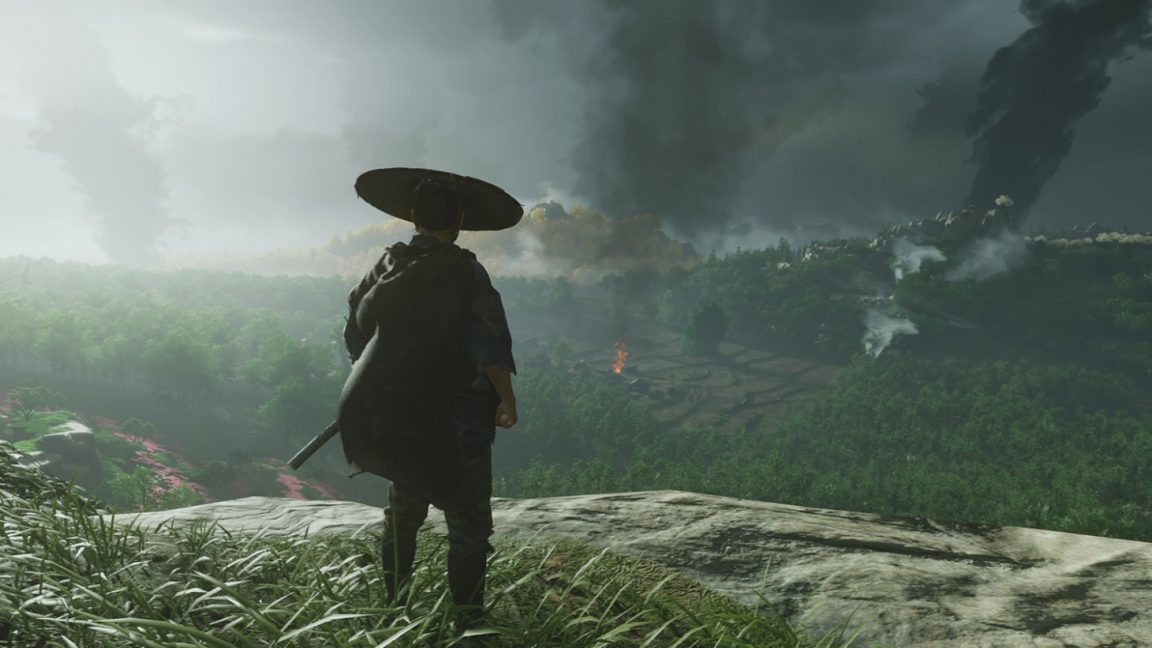 When we got our first good look at Ghost of Tsushima, the reaction was telling. “I’m glad we’re finally getting Assassin’s Creed: Japan”, or, “nice, they’ve made a Breath of the Wild for PlayStation”.  Gamers were simultaneously saying that while all of this looked very familiar, they couldn’t wait to dive in.

Now, there are many claimants to the throne of “defining theme” of this generation. Battle Royales, of course, has dominated column inches and you can’t move on the internet without someone saying “Fortnite” in a vain attempt to be relevant. Esports has shifted from a niche side project to become a billion-dollar industry. Nintendo’s renaissance, a recurring theme every few generations it seems, with the wildly successful Switch is also a contender. There are of course others, too numerous to mention. But for me, it has been the proliferation of world-class open-world games that have defined my last half-decade of gaming. Whether they are original titles, beloved franchises or established series pivoting to be part of the open-world party, some of my favourite games in recent years have centred around having giant worlds to explore. 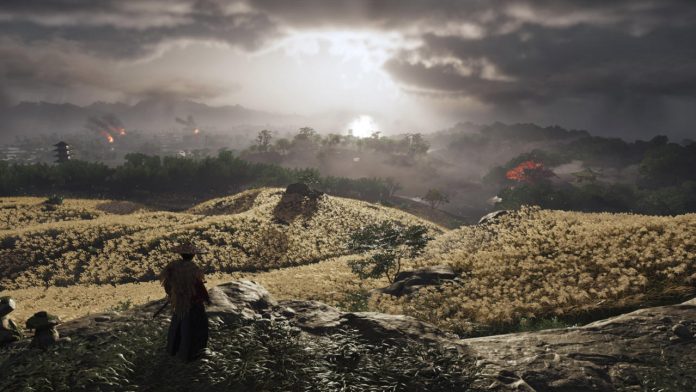 And what games they have been. This is the generation that saw Assassin’s Creed move into open worlds filled with gorgeous vistas and more systems than you could shake a hidden blade at. Ancient Greece and Egypt were recreated in stunning detail, so confident were Ubisoft in their worlds they even released non-combat DLC that opened up their games as virtual museums. This is the generation that saw Horizon Zero Dawn and Breath of the Wild release within 4 days of each other. You could bake a cake for Horizon’s release and still have a slice left as you launched into Hyrule. Horizon Zero Dawn provided us with another beautiful world to explore, with a film quality story and a huge range of beasts to command and conquer. There isn’t any compliment I could give Breath of the Wild that hasn’t already deservedly been heaped upon it. This is a game that reinvented how it felt to explore, providing a playground simply littered with mountains to climb, lakes to swim and joy to behold in every crevice.

This is the generation that saw The Witcher 3 reflect a world where war wasn’t glamorous, but harsh and horrific. A world full of monsters and men, where it was often hard to tell the difference. A world in which the side-quests could have been games in their own rights, with complex characters and far-reaching decisions. This is the generation that saw Red Dead Redemption 2 offer up potentially the most visually stunning video-game world ever created. You can play that game for days and not go anywhere near the main story. One friend of mine treats it entirely as a hunting, camping and riding sim and joyously regales me with her new adventures each time we speak (just don’t bring up the horse she lost). This is the generation… well, you get the idea.

From the brief glimpse we received, Ghost of Tsushima seems to be taking cues from all these era-defining adventures. We saw our protagonist Jin being guided, not by in-game markers, but gusts of wind or smoke towers staining the distant sky. Immediately my brain leapt to Breath of the Wild, where countless hours were lost after being distracted by some tantalising shape spotted on the horizon. We saw Jin riding through lush landscapes filled with forests, plains and darting animals – transporting me to the bustling Wild-West of Red Dead Redemption 2. We also witnessed Jin taking down a Mongol base in two separate ways – either head-on as a Samurai or sneakily as the titular Ghost. Straight away I was back in Ancient Greece defeating an encampment of hapless soldiers as Kassandra, either as a silent assassin or out in the open when my cover was inevitably blown. 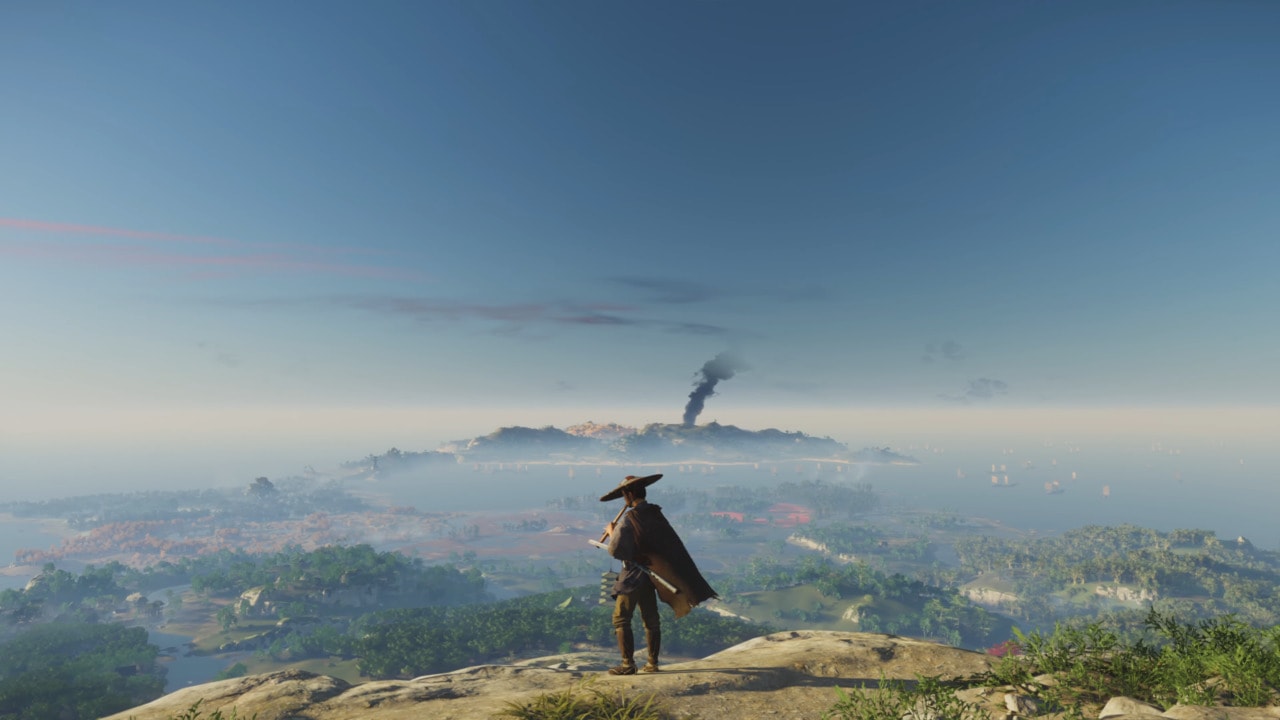 This is just the tip of the iceberg. We were shown customisable armour sets, charms that appear to work as a skill-tree, fast travel points, discoverable locations, hidden-secrets and so much more. We’ve had word that this is Sucker Punches’ longest game yet, a sprawling 50+ hour adventure (an announcement met with groans from those of us with jobs and other responsibilities). And of course, we saw Jin riding a horse. I mean, it wouldn’t be an open-world game without a steed to loyally carry you through your adventure. I can’t wait to name this one Epona (yet again) and become far too attached to it, I am thankful for the recent news that horses in this game are unable to be killed.

It is important to note here that I am basing this off a mere 18-minutes of gameplay footage and a press release. All conclusions need to be taken with a truckload of salt. Ghost of Tsushima will have mechanics, areas, secrets and characters hidden from us until launch, and I may read this back in July tutting about my premature judgement. It’s also worth noting that there are aspects that we’ve seen that are pushing boundaries. More than any example I have given, Ghost of Tsushima appears to be nearly HUD-less, letting you soak in 13th century Japan in all its cherry-blossom filled glory. The combat seems incredibly stylised, with graceful sword strokes thematically mirroring their violent outcomes.  The photo mode and “Samurai Cinema” appear to be next level, with effort lavished on making the game a love letter to the history of Samurai in popular culture. Whatever cues you get from other games while playing, Ghost of Tsushima’s style should certainly set it apart.

But even if these differences are just skin-deep, I am fine with that. The open-world games that have helped define this generation stand-out because they are wonderful adventures. They have wowed countless gamers over the last five years, and are deserving of a celebration. For one last time this generation I want to discover a vibrant and lived-in world. I want to lose hours being distracted by distant shimmers on the horizon. I want to build my character around my playstyle, and see them learn new devastating techniques to take down foes. I want to meet a cast of colourful characters and have an adventure for the ages. And I really want to ride a horse. With its setting and inherent style, I’m sure Ghost of Tsushima will do enough for forge its own identity, and not solely be a love letter to those that have gone before. And even if it is a game that looks back, rather than setting foundations for the future, it is a celebration I can’t wait to get stuck into.