“Getting lost in games” has a few connotations. Some player get so immersed in their gameplay that they forget about the outside, real world for a few precious moments.

When I “get lost in a game,” I mean I lose my way.  I don’t mean I don’t know what to do for quest or story progression.  I mean I often times don’t know where I am on the game’s map, or which direction I’m supposed to go.

So, I read John Santina’s story about the joys of walking in games with much interest.

One of the reasons I love open-world games so much is for the exploration aspect. What’s around that corner? What will I find over that hill?  What lives in that deep, dark cave with all the skeletons and bloody remains scattered about its entry?

Like John, I’ll often forego fast travel or riding a vehicle or mount from place to place in the very games he mentions because I don’t want to miss anything.

I want to see what sort of NPC AI the game makers created, watching their actions or listening in on their conversations. Except for Nazeem; he’s so annoyingly arrogant.

Gamemakers add all sorts of tiny details to their worlds.  These small details don’t add anything to the game’s plot, but they do make the game world feel more alive, lived in.  It would be a shame to miss it all because Los Santos 5-0 is in hot pursuit and you’ve got a measly two-star wanted level.

There’s also the benefit of seeing re-spawning chests or farming spots that would be overlooked by warping or riding a hover bike, chocobo, horse, or lizard thing-y.  It’s hard for an OCD gamer like myself to resist an unopened chest, or believing that I missed one.  (I’ve gotten better; I no longer feel the need to find every collectible hidden in games.  Mostly better; those skyshards in Elder Scrolls Online add up!)

In games as beautiful as Horizon Zero Dawn, The Witcher III:  Wild Hunt, or the newly updated No Man’s Sky, players in a rush to endgame content will miss all that heavenly glory (to quote Bruce Lee). 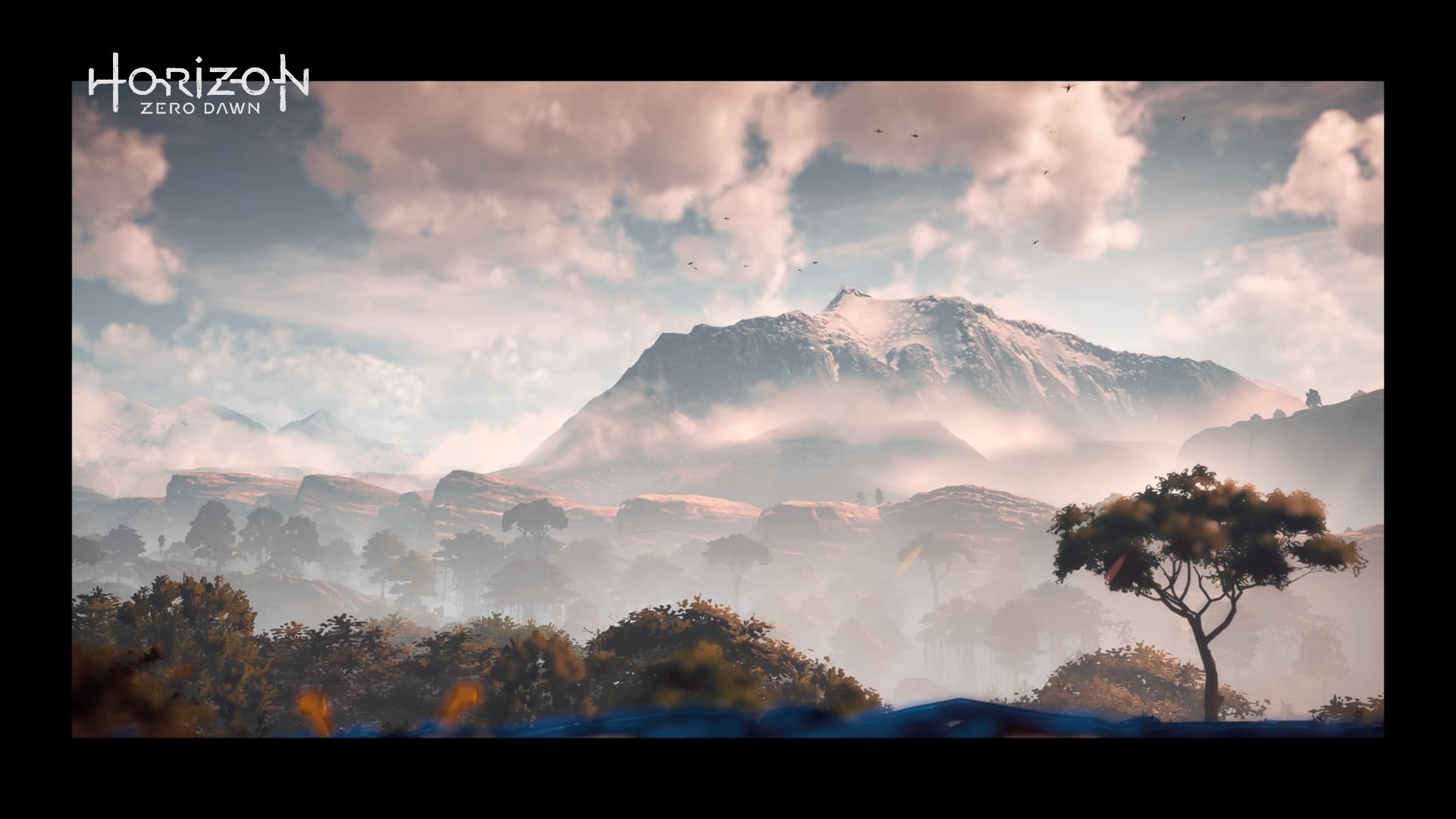 The problem I have with walking everywhere in game is that I have a horrible sense of direction. In real life and in game.  (Driving or riding a mount exacerbates my problem as a zippy car or horse at full gallop makes me get lost sooner and farther from my destination).

In real life, I’ve become a running gag with family and friends. When I finally arrive at a family gathering, I’m asked how many U-turns I had to make before I reached my destination (usually two or three).

When my friends arrange movie and dinner nights, they send me Google maps and directions, double-check that I get the correct time, place, and event date, for our gathering.  I’ve shown up for dinner on the wrong night and/or the wrong place often enough that they don’t take chances anymore.

Fortunately, I’m not one of those men who won’t ask for directions. The problem is finding someone to ask when I’m so lost that I’m surrounded by nothing but farmland or forest. I once had to stop at a U.S. Forestry Ranger Station to determine where and how far off I was.  I’ll never forget the look on those rangers faces, mixed with bemusement and boy-are-you-lost/an-idiot expressions.

You’d think that, in game, I wouldn’t get so lost. Some video games have BIG arrows pointing in the direction I’m supposed to go. Open-world games have mini-maps with brightly colored routes laid out, compasses with waypoints, even on-screen colored trails to follow (e.g. Fallout 4, V.A.N.S. perk). 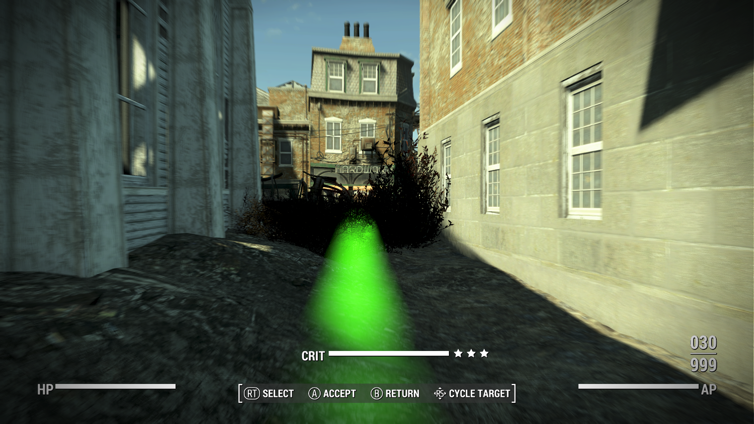 Some games offer the option to turn off the HUD. Why in the world would I do that?  Immersion?  Sorry, but I get enough “immersion” in real life.  Getting lost in game is something I want to avoid as much as possible.

To help me from losing my way, I’ve taken to using YouTube videos and online maps and guides. They do help. Mostly.  Sometimes.  Eventually.  There is no way to express how bad my sense of direction is.

And yet, I still get lost.

Whenever I play multiplayer games and group up, I NEVER lead, nor volunteer to do so.  Even if I’m a higher level than everyone else in the party, have done the quest, been to the location in previous adventures, it’s just best that I don’t take point.

My teammates think I’m being modest or humble.  Nope.  I just don’t want to waste anyone’s time, unintentionally leading them away from where we’re supposed to go.

I do eventually learn game worlds and maps well enough to navigate safely and efficiently.  I played so much GTA III that I knew Liberty City almost as well as my hometown. It took me a while to learn NOT to turn down that alley that leads to a dead end when being chased by LCPD or the Triads, but I did learn.

Still, it’s all part of the fun of walking in games.  Discovering new locales.  Seeing the little details game makers created.  Exploring a world they lovingly made.  All for us and our enjoyment.  It’d be a waste to not see it all.

In Dragon’s Dogma, I watched the villagers attend to their daily duties. One fisherwoman would wake up, walk down to the beach, cast her net, and bring in her haul. Another villager would walk from her house to the village well, pull the bucket from the well, fill her own bucket, then went on her way. 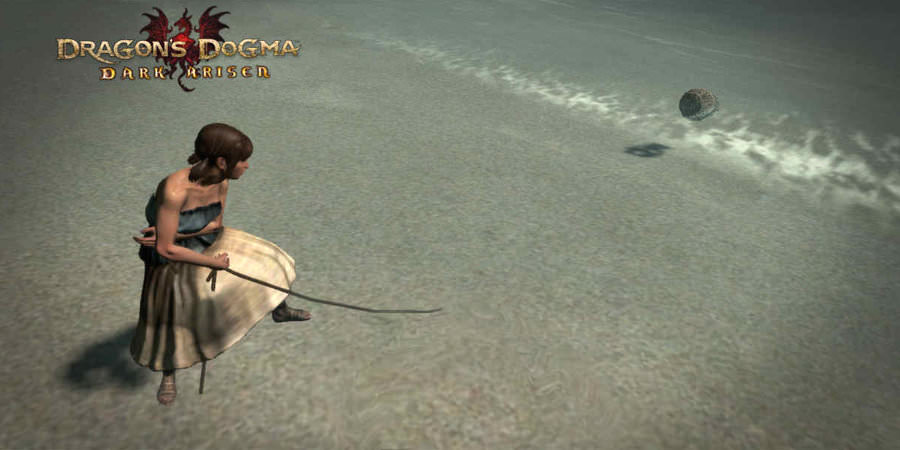 Standing on a high hill, I could see my party’s shadow cast on the ground far below.  A simple pleasure and lovely sight I might not have seen had I been in a hurry. 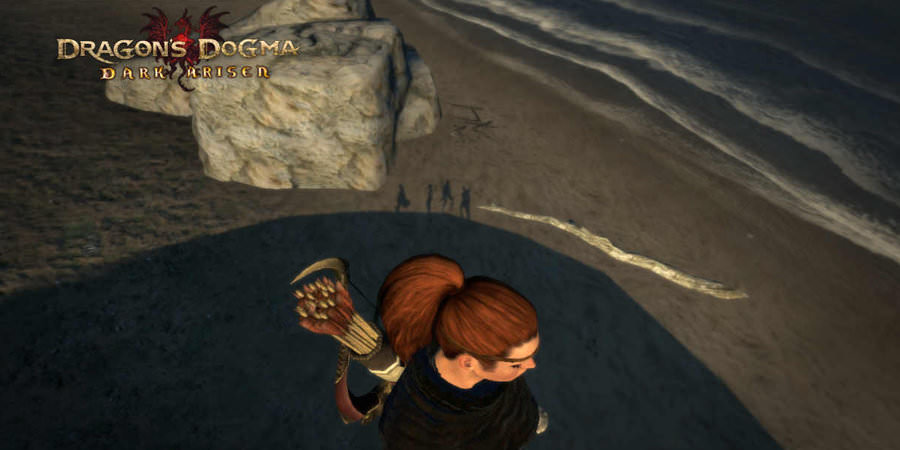 Getting lost in a game isn’t so bad.  I’m not in any real danger.  I’m not wasting gasoline driving in circles nor keeping my family and friends waiting either.  What I usually discover makes it all worth it.

At the end of John’s story, he asked if anyone else walks in their gameplay.  I do.  And I love it.

I ask, does anyone else get lost in a game, as in lose their way, like I do?

Now, if you’ll excuse me, I’m going to take a walk to an abandoned building, all dark and gloomy.  I wonder if I should worry about those agonizing screams of pain and torture emanating from its interior?  Or those severed heads on spikes and hanging corpses?