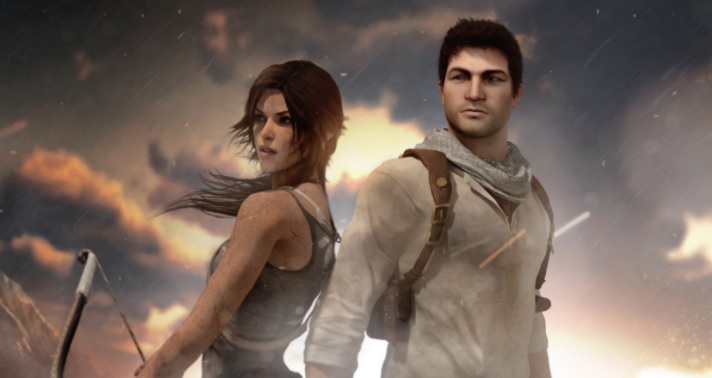 BY JENNIFER RICHARDS: Women in video games – the imperfect men, abnormal specimens wrought from the ribs of Adam. They are the alien other to the norm. When looked at, there’s something not quite right about the portrayal of women, to some, at least. So many are created as fantasies, symbols or objects and not as people; that’s how women are often seen in our society, and it’s no different in games.

In recent years, however, we can see more care and observation being fuelled into female characters. Take CD Projekt Red’s third instalment in the Witcher series, a game that puts forth women as individuals not confined to gender roles. I enjoyed the spectrum of feminine power, why wouldn’t I? But it goes beyond that because it goes beyond the feminine. Instead of the developers focusing on the word “woman” and the images that conjure up, the design was influenced by the humanity in women. Witcher 3 transcends powerful portrayals and instead, tells their story, maintaining the female identity whilst not being limited to it – from Ciri’s struggles between youth and responsibility to Keira’s flawed humanity. It doesn’t reduce them to rigid concepts of what a woman should be and instead explores who a woman is.

Then we have Tomb Raider’s 2013 reboot, the game went from archaeological adventures to psychological study as we got to know Lara Croft a little more. We see her journey to becoming the powerhouse we all know and love, deviating from objectification. Here Lara is given true character development, overcoming mental struggles and physical limitations; at one point we even see her having to pause and catch her breath after an impressive physical feat. A refreshing taste of realism, sure, but more importantly a new lens through which we must view her, as a less-than-superhuman professional. Ultimately, we’ve all seen attempts at positively portraying women in games, but too frequently do developers overthink the process.

When the question of femininity is posed, many believe that the solution is veering to the opposite, that there is an opposite. Sick of waify princesses? Damsels? Femme Fatales? Better make some warrior women, some ‘Brienne of Tarths’. Unfortunately, this response suggests that the alternative to femininity is masculinity. It feeds back into the idea of men being the default, and women being the other – as Simone De Beauvoir observed in her 1949 work The Second Sex: “Thus humanity is male and man defines woman not in herself but as relative to him; she is not regarded as an autonomous being.” Witcher 3’s Cerys An Craite is a great figure of the anti-feminine. However, by achieving this she is measured up to her brother as if to say: “your greatness is greatness because it is like a man’s.” This reiterates the idea of men being the norm, and making equality harder to achieve. Both the rebooted Lara Croft and Horizon Zero Dawn’s protagonist Aloy are examples of female characters that aren’t confined to these ideas of male and female. They stand bereft of masculinity and femininity alike, neither portray particularly gendered characteristics in the way they dress or act and neither seem to be actively defying gender roles or following them.

This leads me onto my next point: the role of men and masculinity in gaming. I mentioned De Beauvoir’s point of men being seen as the societal default, but there’s another perspective to consider – there are roles both men and women are expected to fill. In many cases, men are just as constrained by this. Perhaps they’re afforded more realized characters, there’s certainly more variation and representation, but time and again we see them reflecting cultural expectations. Fortunately, some games aren’t afraid to show more vulnerability with their male characters; GameGrumps refuses to shy away from misty eyed men with their dating sim Dream Daddy. On the surface you have your garden variety archetypes, you’ve got your gym dad, smart dad, whiskey dad, goth dad, y’know, totally basic, but playing through the game you can see the different dimensions to them. After all, the game would be really boring if gym dad was more protein shake than person; Dream Daddy is a generally progressive title in its portrayal of gay relationships and less masculine men. Yet even when presented with fleshed out male characters, there’s often still a part of them tied to social doctrines – muscular physiques, stoic, powerful, dominant, capable, etcetera. As Tom Mackay points out in their article on masculinity in gaming: “Consider for a moment how many games you’ve played that feature a male main character crying — not a long list, is it?”

What about the non-binary, then? A part of the spectrum routinely forgotten. This is understandably a source of frustration for a lot of people because it treats their existence as debatable. Even in the realms of fantasy, where dragons are feasible but N/B genders are too abstract, game developers have to draw from something to make it real. So why do non-binary individuals have such little representation? Most likely because our outward society never made a place for them – it only accounted for men and women. This is where the idea of masculinity and femininity comes from, and why only measuring one by the other can be problematic. With this in mind, how can we embody something excluded from social understanding? Well, I’ve said it once and I’ll say it again: as people. You portray them as characters not centred around their gender. Take gender out of the equation, to paraphrase Cave Johnson “I don’t need your damn (gender) what the hell am I supposed to do with (this)?!”

Let’s take a look at some examples: (these characters have either been labelled as non-binary or have no specified gender)

While this gives us some neat characters, most being fully fleshed out, not centred around their identity and thus falling victim to tokenism and others giving the player more freedom to project themselves into the narrative, I think we can all agree the list is way too short. Non-binary identity can be found in cultures throughout the world, and massively predates modern life. Yet our postmodern society is only recently giving recognition to this, and not always in the best way.

Finally, we come to transgender representation. Something that, unfortunately, has been a struggle – as the trans identity has been bastardized by our society, with video games being no real exception. This gender redefines what we have been taught about masculinity and femininity, about male and female, man and woman. As such, developers don’t know how to portray trans characters properly, or just don’t want to. For those unsure, the challenge resides in steering away from a long list of failures – finding the line between promoting their identity and consuming the character with it, between realistic representation and a caricature. For those unwilling, it’s about unlearning biases, approaching gender with an open-mind and being inspired by the people around you.

Through research, I found that there really aren’t many examples of actual transgender characters in games, and most that could be found were poorly done. There seemed to be a pattern of the character surrounded by transphobia, and not the kind intended to illuminate the discrimination trans people face, but the kind that seemed to be a subconscious slip of the developer’s biases. Characters or lore would routinely misgender them, or they were used as comic relief, as a villain, or, as previously mentioned, caricatures.

There are, however, a few examples we can look to that haven’t got it completely wrong.

Generally, it can be said that we have a long way to go before we see well-rounded gender representations. I feel that the process is becoming overly complex as people think about the politics of gender instead of just drawing from experience. Non-binary and trans identities are considered more of a topic than they are a reality, and in attempts to lift women up they’re still being considered as ‘other’; overall it’s hard to see how this can be totally overcome if it ever will.

Perhaps it’s a mixture of observation, but it’s unfair to simplify character study to something so blatant. Whatever can be done, taking influence from those who got it right can’t be a bad start, and, while I suggest that the inherent tempestuous nature of the subject can complicate the mindset behind character creation, in that doing so can strip our intimate, human connection to the subject, we gotta keep talking about it. A consistent dialogue must remain to help unlearn doctrines and open minds so that hopefully, we’ll see characters that blow them.