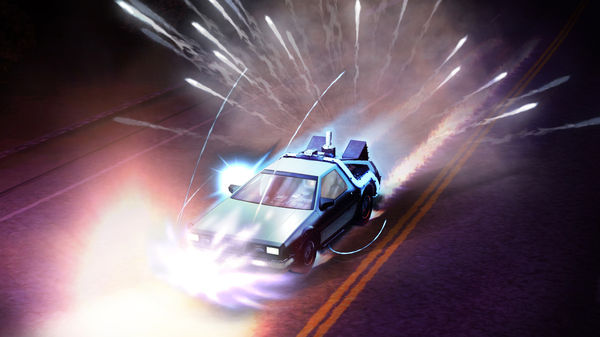 As the decade comes to an end, we asked the adult gamers in the Grown Gaming team for their predictions for the next decade in gaming.

These were their gaming predictions for the 2020’s.

JASON MONROE: I’m going to upset some people when I say this, but I predict that Nintendo will no longer be making mainstream consoles.  The only thing that they have going for them is their first-party titles, but they are releasing Mario games on mobile now and it has to be a matter of time until they begin migrating titles over to PC, then to other consoles.  I know a lot of console players who would buy Mario games if they had the hardware to do so.

LIZZIE FOURMAN: I think the VR thing will take off in the next few years. I even have a VR company based in my home town so that’s something, right?

I think the era of physical copies of games is ending in favor of the digital copies. I prefer the physical copies, though, because it doesn’t take as long to download onto my PS4 or Switch. I don’t play anything on Steam myself because I don’t have a computer handy enough to play games on it but I think digital games are only going to get bigger in the coming years.

I think Nintendo will slow down on the consoles after the success of the Switch because of the cash cow the Switch will continue to be for a while.

JOHN SANTINA: Gaming has come a long way in the last decade and the next decade will no doubt throw up a few surprises.

My first prediction for the next decade is that VR will become more mainstream – but primarily because phones will improve to the point where their resolution and streaming capabilities are high enough to provide a flawless experience, above even that being enjoyed by PC gamers today.  The Oculus Quest has removed quite a few barriers to entry for would-be VR gamers without powerful PCs, and soon phones will be able to provide the hardware for an even more superior experience.

My second prediction is that game streaming will become more of the norm come the end of the decade.  One of Microsoft’s Xbox releases will be a stream-only device that utilises their xCloud service, and by the end of the decade a lot of the quirks will have been fixed and internet speeds across developed countries will finally be able to offer the experience that Google had hoped to nail on day one.

LUCA D’ANGELO: I can’t say for sure what’s going to happen, but then, who can?

I definitely see a future for VR technology, as well as Nintendo’s hardware – especially since the arrival of Switch has greatly changed the concept of gaming console. Generally speaking, gaming is already taking a turn towards the cloud (although Google’s Stadia didn’t prove to be the success they hoped, as far as I’ve heard); I see that trend securing its spot on the market but without eliminating physical hardware – as in ebook readers vs physical books.

2019 is one of the years that stunned me the most (gaming-wise), and I’m more than optimist for what lays ahead, especially where VR/AR technologies are involved.

What are your gaming predictions for the next decade?