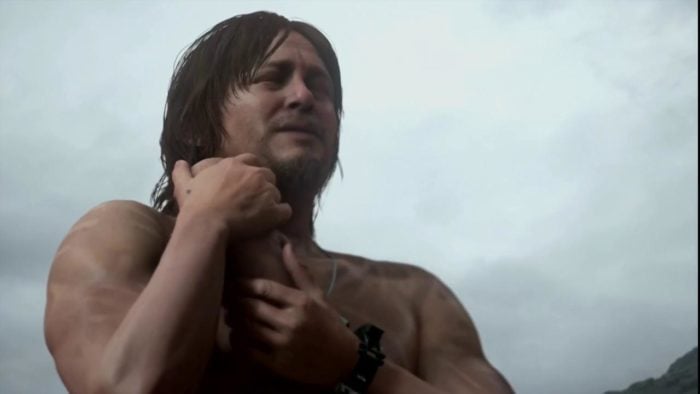 With so many great games on the horizon, it’s difficult to be excited about them all.  Super Smash Bros. Ultimate, Fallout 76, Anthem, the Division 2, Battlefield 5, Pokemon Lets Go, Just Cause 4, Shenmue 3 – gamers are going to have more blockbusters than they know what to do with towards the end of 2018 and into 2019.

But as we’re spoilt for choice, it’s difficult to be excited for every big title that is on the horizon.  Here are the games that everyone else is hyped for that we’re just…well, not:

TIM WHITE: My kneejerk response would be Fallout 76, but I think there’s a pretty divided crowd there. I dunno that “everyone” is looking forward to it. Fallout/Elder Scrolls have been in my top 3 favorite franchises since forever, but I have less than zero interest in 76. It’s the first Bethesda product I will almost certainly never buy. Everything known about it so far just screams that it’s another low-effort, pointless, boring, always-online mega-multiplayer cash grab with no real substance. I just don’t care.

I predict that Bethesda’s thinking “everyone’s doing this multiplayer-only thing now, we have to get on board or we’ll be left behind,” 76 will make loads of money in its first week, but receive mixed to horrible reviews and tank fast. Sales will never recover and Bethesda will act shocked, as though this outcome was totally unforeseen, while millions of “old school” Bethesda fans mourn what was once a great series.

JASON MONROE: Everyone else is saying Fallout 76, right?  I’ll continue the post-apocalyptic theme and say Metro: Exodus.  It isn’t out until February 2019, but I must be one of the few people not impressed by Metro 2033.  It looked pretty nice (though not mindblowing) and was a decent game but it wasn’t anything special.

Looking even further forward, there’s The Division 2 (sorry, I’m done grinding for gear just so I can grind for some more gear), Days Gone (it’ll be a trainwreck) and Shenmue 3 (there’s no way it can reach the levels that the fans wearing rose-tinted glasses will demand).  Each of these games is bound to be hyped to oblivion as their release dates come up on the horizon but I couldn’t be less interested.  Sorry.

LUCA D’ANGELO: I would definitely say I’m not looking forward Fallout 76. Long story short, it’s a gaming genre I never liked to begin with and I have never played a Fallout game at all.

BRENDEN SHEA: Though not for certain, PC gamers are certainly waiting with bated breath for a Red Dead Redemption 2 port, and, if GTA V’s success on Steam is any indication, they’ll soon be riding into the Western sunset just like their console brethren. As a PC gamer myself I’m certain the game would look nothing short of stunning on a souped-up PC. But in spite of all the praise, it is getting, for some reason the game doesn’t catch my eye.

I wanted so badly to be excited about this game because it feels like everyone around me is talking about it. And I have seen so many cool screenshots and videos and I have no doubt that it is indeed an incredible game. But no matter what I do, I can’t get interested in it. It could be because I didn’t really get into the previous Red Dead games either, or maybe it’s my general lukewarm interest in Westerns, or maybe its just the fact that I have really never been addicted to Rockstar’s style of storytelling and gameplay, but the game hasn’t done it for me. I know I’m probably going to be in the minority on this one, but it just doesn’t grip me. Can I appreciate it though and its impact on the gaming world? Absolutely.

JOHN SANTINA: So, I was going to say Fallout 76 but if I’m honest, I am interested in Bethesda’s upcoming title.  I have plenty of reservations but I’m hopeful that it will turn out to be a great game that I can share with my friends.

The game that I’m not hyped about that everyone else seems to be excited for is Death Stranding.  I think Norman Reedus is cool and I respect Kojima, but I feel like his video games walk a fine line between being unique and being ridiculous.  It just doesn’t work for me.  Sorry.