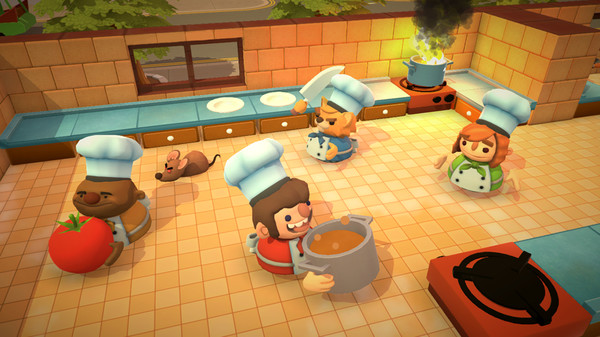 2017 is coming – fast. We’ve put together some New Year Resolutions that every gamer should consider. And we didn’t mention gyms or dieting because, no.

Gaming is a bit of a time-sink, let’s be honest. And unless you’re lucky enough to be in a relationship with a fellow gamer, that time-sink is going to come between you and the time you could be spending with your partner.

My wife isn’t a gamer. She’ll play The Sims on occasion, along with a bit of Candy Crush, but she doesn’t get video games.  She looks at them as a waste of time, rather than an interactive piece of entertainment.

But, I refuse to give up!  And you shouldn’t either!

Gaming is a huge part of who we are, and we should do all we can to share even a piece of that part of ourselves with our significant others.  Keep searching until you find something you can both enjoy.  It doesn’t necessarily have to be a co-op game per se; if you’re TV boxset fans then you could both make the story decisions in The Walking Dead or Game of Thrones games, for example.

Next on my quest is going to be Overcooked – I will not stop until we find something we both enjoy!