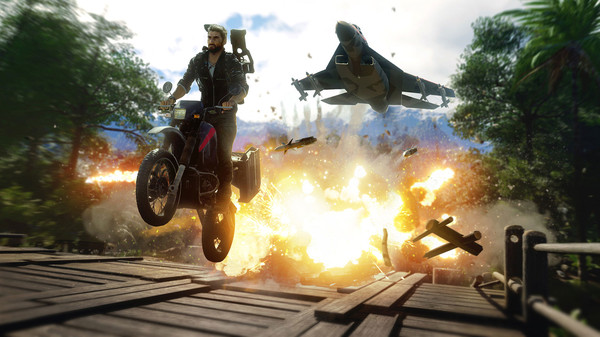 Video game sequels are given the best chance of success possible.  They give players the opportunity to revisit a world they enjoyed exploring with a cast of characters they loved, usually with improved gameplay mechanics and graphics.

Some video game sequels eclipse the game that came before, but some sequels can, unfortunately, be huge disappointments.

These are the video game sequels that disappointed the GrownGaming team the most.

This is quite a controversial one, but I’ve got to be honest here. The most disappointed I’ve ever been in a sequel is The Legend of Zelda: Majora’s Mask.

The game has become something of a cult classic, topping many people’s Zelda lists, but for me, it just didn’t click. The previous year I had lived and breathed Ocarina of Time, the first video game to truly grab me and take me on what felt like a timeless and epic adventure. A legend for the ages, monsters to battles and rolling fields to make my own on my trusty steed. I was so ready for a sequel, and my young (perhaps naïve) mind simply wanted more of the same.

But Majora’s Mask is anything but “more of the same”.

I found the mask system bizarre and confusing, the 3-day countdown anxiety-inducing and the whole theme much darker and less welcoming. In retrospect all of those are compliments, and Nintendo should be (and were) applauded for finding such a different atmosphere for one of the few direct sequels in the series. Complaining something isn’t “more of the same” sounds ludicrous and hollow now, but back then it was all I wanted. Majora’s Mask was not “Ocarina of Time Round 2”, and solely because of that it felt like a huge letdown.

I haven’t attempted to play it since putting that controller down nearly 20 years ago. Fingers crossed it gets a rerelease on the Switch, and I can go in for another round and hopefully dispel that two-decade-old feeling of disappointment.

When I get these joint article questions I am often left in turmoil.  Don’t get me wrong, they’re not the most difficult of tasks, but deciding on one specific example can be quite the challenge when you’ve (literally) been around since the dawn of home gaming.

Not so this time, as soon as I read the email from the chief, one game sprung into my mind. That game was Super Mario Bros. 2.

I am aware that the game has its fans, I am one, it is not a terrible game by any means.  However, 31 years ago it was not the Super Mario Bros. sequel I expected, or for that matter wanted.  After the glorious experience of the original game, which completely blew me away and which my friends and I played for years. They messed with the formula in the worst way possible.

Assuming that the real sequel to Super Mario Bros. would be far too difficult for a western audience, Nintendo decided to take a completely different game – Yume Kōjō: Doki Doki Panic to be precise, slapped Mario characters into it and gave us that game instead.

As I said, it is not a bad game, indeed it was so successful in the west that Nintendo decided to release it in Japan as Super Mario USA.  But at the time I was peeved, I wanted a more traditional Mario game, I wanted the Japanese version.

The most disappointing sequel for me to date has been Need for Speed: ProStreet.

To me, the Need For Speed series has always been about over-the-top street racing and running away from cops. NFS let you live like an outlaw without consequences and that was its greatest selling point. After masterpieces like Most Wanted and Carbon, I couldn’t believe my eyes when I saw that ProStreet was moving away from everything that had made the franchise so successful.

While I would give props to the developers for trying something new, I feel that ProStreet just alienated a lot of fans who had a certain image of what NFS games were all about. It felt like a betrayal.

There are so many better track-racing games out there and NFS ProStreet just wasn’t really exciting in that department. If I wanted to race with rules, I’d just play Gran Turismo 4 instead.

The first game I thought of when posed with this question was Metal Gear Solid 2.  Having been blown away by the original Metal Gear Solid the moment I saw the intro, I had high hopes for the follow-up on the PS2.  Trailers had looked awesome, featuring Solid Snake on the desk of a ship in the rain looking more realistic than anything I had seen before.  Two hours in, I was playing as Raiden and hating my life.

But there is a game that disappointed me much more than Metal Gear Solid 2.  Perfect Dark Zero.

I loved Perfect Dark on the N64.  It was one of the first games I got on the N64 and it blew me away.  The visuals, the story, the incredible gameplay – I was in heaven.  Seeing that a sequel was finally being released on the much-superior Xbox 360 hardware had me feeling like a kid in a candy shop.  It ended up being the most disappointing sequel I have ever played.

It is hard to pinpoint exactly what was wrong with Perfect Dark Zero.  Its graphics were better than the original but felt dated extremely quickly.  The gameplay had been modernised, but felt clunky.  The story was…completely forgettable (I have literally forgotten it).  It felt like a game which had been rushed out of the door for a console release, which of course it had.

Perfect Dark Zero left such a sour taste in my mouth that I’m not even excited at the thought of a future sequel.  It would take a complete reboot of the franchise to save it at this point.

My most anticipated, and subsequently most disliked sequel, would have to be Assassin’s Creed 3. The gameplay seemed to really begin to age poorly, and the main character was undoubtedly less interesting to those in previous entries.  The most disappointing aspect of the game is the horribly underused ship sailing mechanics.

Assassin’s Creed 3 marked the point were Ubisoft realized big changes had to be made.  Thankfully the next game in the series, Assassins Creed: Black Flag, took all of these aspects and overhauled them into a new and refreshing experience.

What video game sequel disappointed you the most?  Let us know in the comments!