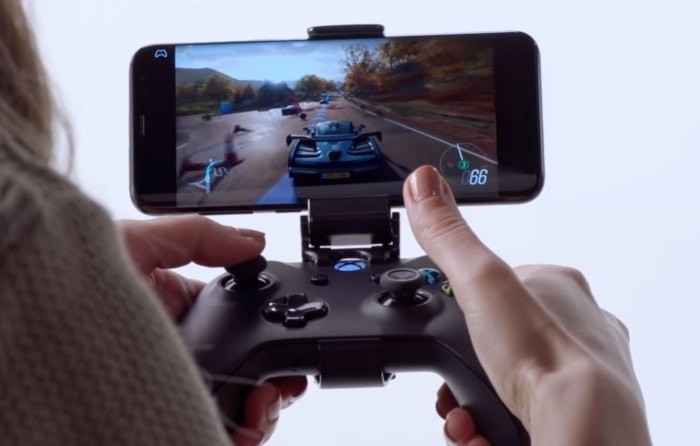 BY SETH BARLOW:  With Microsoft sharing new information regarding their cloud-gaming service Project xCloud, I thought that now would be the best time to share my thoughts regarding cloud-based gaming. Just a few months ago I was given the privilege of testing out Google’s take on gaming, Project Stream. I was given access to the service late last year in which I was able to extensively play through Ubisoft’s Assassins Creed Odyssey.

Through my entire trial of the service I used my portable, yet low-end Surface Go which for those of you that aren’t familiar with the hardware, is not a machine for video games. Sure, it can run Minecraft perfectly fine but the second I try to start a game like Doom (2016) my computer overheats and lags beyond enjoyment. With that being said, the second I started up Assassin’s Creed on Project Stream I was in awe at how well the game was running! From that point I was able to connect a DualShock 4 controller via USB and I found that the game was extremely responsive, just based on my play sessions I didn’t experience any input lag or frame drops. While I was having the time of my life exploring ancient Greece on a 10-inch display, that was in part due to a high-speed internet connection at my apartment.

What Does This Mean?

While most predict that streaming consoles will be the “next-big-thing”, this is certainly not the case. If you live in an area with good internet connection such as California or New York, a streaming console could work, yet if you live in a state such as Kentucky or Alaska an exclusive-streaming machine would never work. Kentucky for example, with connection speeds reaching 20 MBPS on a good day, could never handle consistent AAA game streams even with the most capable hardware.

It is almost impossible to fix internet speeds all over the country, yet it appears that there might already be a solution to this dilemma regarding cloud-based gaming. For some time now Microsoft has been working on Xbox Game Pass, improving the service for subscribers while giving them the best experience possible. For those of you that don’t know, Xbox Game Pass is a somewhat cloud-based gaming service through Xbox and Microsoft Windows in which users pay $10 a month in order to stream a large selection of games. While PlayStation has a similar service, what puts Game Pass above the rest is the ability to download games to improve streaming. Rather than trying to stream the entire game frame-by-frame over your internet, the game is already downloaded on your system, almost eliminating the need to stream entirely.

Despite the obvious issue regarding country-wide internet speeds, cloud-based gaming is an impressive idea that could go far if done right. I was amazed at the fact that I was able to stream Assassin’s Creed Odyssey from my low-end laptop. While not that much is known about Microsoft’s Project xCloud at the moment, it was recently announced that there will be a beta later this year.

What are your thoughts on cloud-based gaming? Let us know down below in the comments!