Final Fantasy 7 was my first introduction to the Final Fantasy series.  It blew me away on pretty much every level and was one of my favourite games on the PlayStation.  It combined incredible storytelling with expertly edited cut scenes and mesmerising music into an amazing experience that would go on to change the landscape for video games for years to come.

Final Fantasy 7 was, without a doubt, a trailblazing RPG.  During a period where few JRPGs were successful in the West, it received extremely high review scores and achieved huge sales figures, making it both a critical and commercial success.  It was the second biggest-selling PlayStation game, behind only Gran Turismo, and sold almost 10 million copies.

For those looking to avoid major spoilers after all these years, stop reading now. 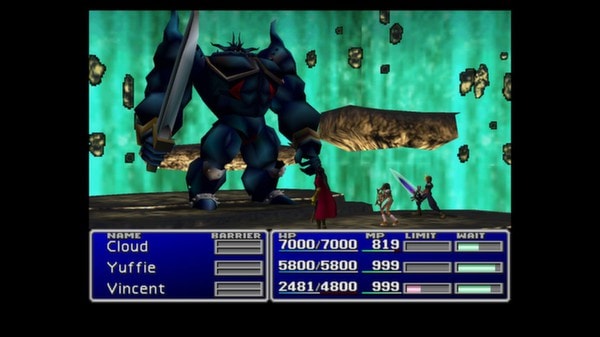 For those who have not played the original Final Fantasy 7 or the remake on the PS4, FF7 had everything you could ask for in terms of a story, with a cast of unforgettable characters headed up by two of the most iconic video game characters of all time; protagonist Cloud Strife, and antagonist Sephiroth.

The story Cloud Strife and his “band of merry men ” (and women) as he embarks on a quest to save the world.  In the initial hours, Cloud acts like a petulant child who is only really interested in himself, essentially a gun for hire who, in retrospect, was a little bit annoying.  Hellbent on recent for a series of events that you learn about as the game progresses, notably the destruction of his hometown, Cloud character develops as the story unfolds and he quickly becomes a more relatable, memorable protagonist as a result.

Sephiroth is equally as noteworthy as Cloud and will go down as one of the most vicious, powerful and charismatic villains of all time. The look, feel, emotion and gravitas the writers bestowed upon him made him a truly imposing figure. I actually remember being a little frightened of him when playing the game in my youth – Sephiroth had a presence, unlike any other enemy I’d ever faced before.  He seemed so much more powerful than you would think you could ever become. His power seemed limitless and you seemed feeble in comparison.

Final Fantasy benefits from an equally momentous setting, with a huge open-world to be explored over the game’s three discs, a feat which was a big deal at the time.  I for one was definitely shocked at the size and scope of the game once I had left Midgar. The open-world filled me with feelings of wonder, intrigue, joy and even trepidation, though the overriding feeling was excitement.  It looked and felt like a living world that I could call my second home for the next several weeks or months, and I was right. 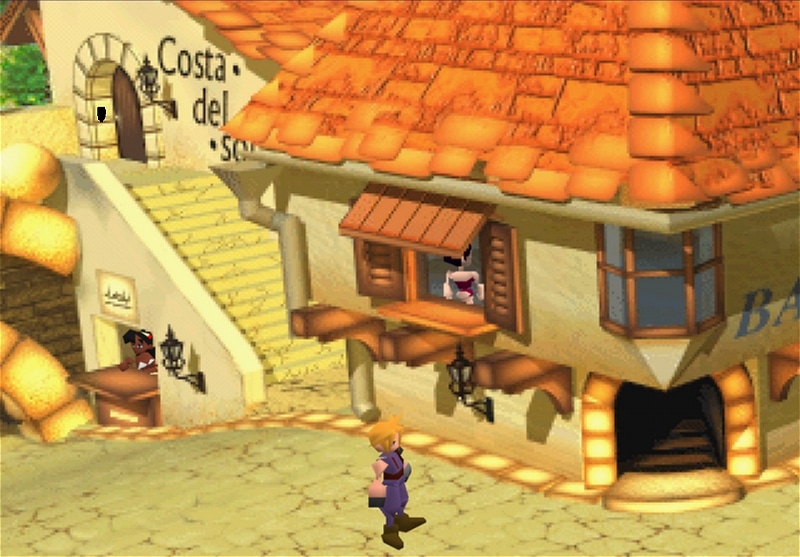 Final Fantasy 7’s story has many poignant moments that still stick with me to this day and is a testament to the writing and craft embedded throughout this game. As a young 16-year-old old boy who hadn’t experienced much “life” at this stage, FF7 left its mark on me in a gaming sense. I would come to use Final Fantasy 7 as my benchmark for RPGs that would follow.  While this was positive in many ways, it was also a significant negative, but we will come to that in a moment.

My journey with the game was an emotional one, but it wasn’t always that way.  I spent the first several hours more focused on the gameplay.  My mind was absorbed with trying desperately to stock up on Phoenix Downs to avoid that frustrating “Game Over” screen or trying to max out a limit break.  Then came the moment that changed everything.  Aerith Gainsborough’s death. 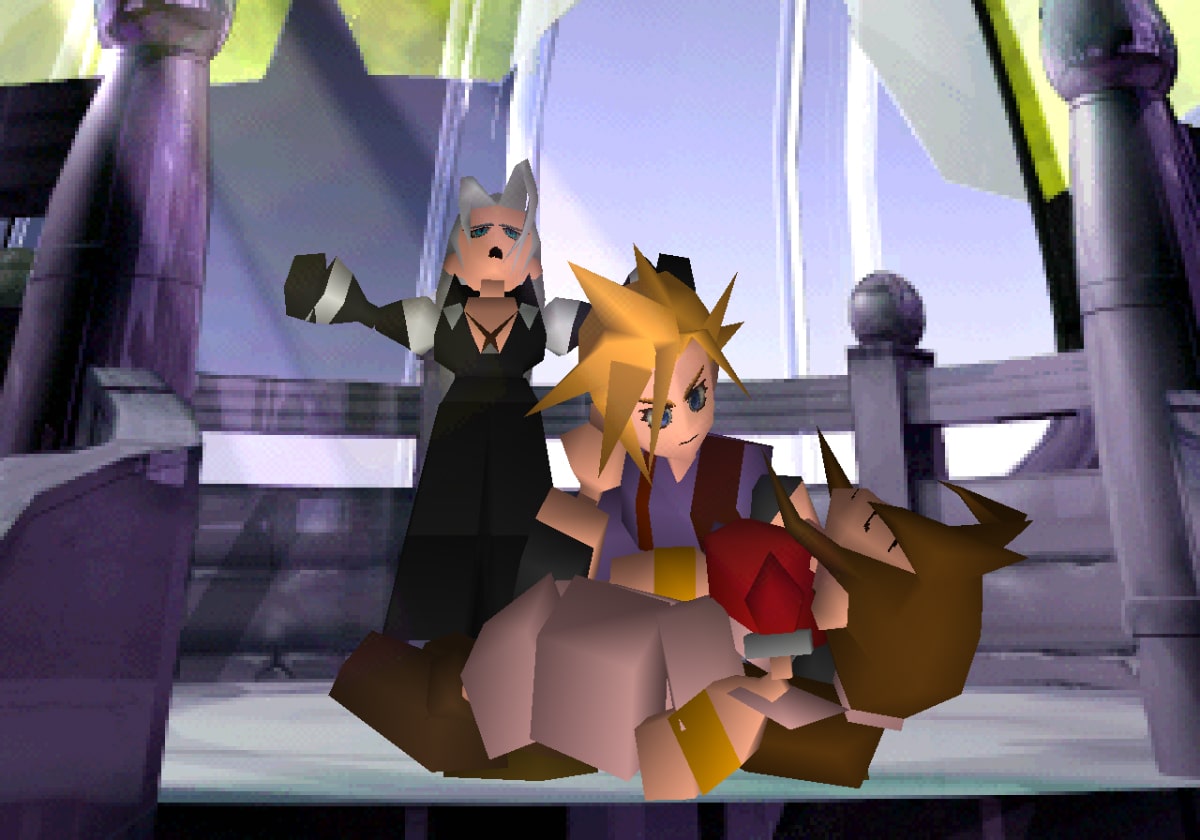 Remember, this was not the era of Game of Thrones where everyone and his best friend’s dog gets annihilated from episode to episode. Aerith’s death was a huge event in terms of storytelling for me and many others like me.  It was a standout moment in a game filled with incredible twists and turns.  Going in cold with no idea of what was coming, Aerith’s death was a truly shocking moment.  It was the first time that a game had taken a character that I’d grown to love from me, a character that I’d invested hours into levelling up and equipping with powerful gear.  Hours of progress gone in an instant.  From that moment on, I was as invested in Final Fantasy 7 as I’d ever been in any story.  With Cloud and his crew as my avatars, I set out on my search for Sephiroth with a newfound vigour and a need for revenge.  From that moment onwards, not only did I become more invested in the story, but also in the world.  I began searching every corner of the main world, rather than completely focusing on the main quest.  I finally saw everything that Final Fantasy was.

Final Fantasy 7’s graphics were astounding at the time, introducing me to an art-style that I have come to appreciate.  The soundtrack was another element that was exceptional from the get-go and added to the overall experience. The music at the Mako Reactor at the start of the game is one of the many highlights for me. I have even gone so far as to purchase the soundtrack and listen to it from time to time to this very day.  Cosmo Canyon, anyone?

Circling back to the story, there are so many elements that teach you how to be a better person. Yes, they were not very subtle in their delivery but they were there at a time when video game narratives were more one dimensional.  It told a story of sacrifice, tolerance, acceptance, compassion, love and many more emotions. Red XIII being treated as an equal despite being a lab experiment, Selphie and Vincent being accepted as part of the team despite their chequered histories – these are but a few of the characters and character arcs that come together to create an experience that is simply unforgettable.  Beautiful concepts that really communicated with me as a 16-year-old, thanks to being in a media form that I could understand. 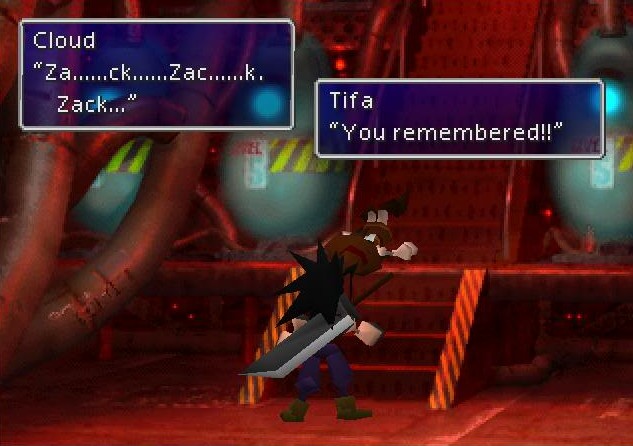 Final Fantasy 7 is a game I will always remember with love.  The story was both epic and captivating, and it was the first video game I played that brought deep emotions to the surface.  The only downside with being exposed to such an amazing game at a young age is that it set the bar very high for everything else that would follow.  Many times I have put a decent number of hours into a game and thought, “this isn’t as good as Final Fantasy 7”, causing me to either ditch the game or race through it to the finish, not really appreciating the journey or the effort that went into making it.  Final Fantasy is a tall order to follow, even all these years later.

Even Final Fantasy 8 paled in comparison to Final Fantasy 7.  I wasn’t a huge fan of it from the beginning due to the radical departure, in my mind, from materia to a draw system. This threw me and the dreaded comparison with FF7 struck. It wasn’t until years later that I indeed picked up 8 and played through it realising that it is indeed a masterful game also – but still not as good as 7 in my book.  This “curse” continued for years and even although Final Fantasy 9 released to great review scores, I wasn’t sold as I didn’t think it would measure up to FF7.

It wasn’t until the PlayStation 2 came along and Final Fantasy 10 released that I got back into the series. After finishing FF10, my vigour was renewed as I felt the game tried extremely hard to reach the heights that FF7 created. The visuals were immense due to the PS2’s significantly increased power, and the junction system reminded me somewhat of my beloved materia.  I enjoyed my time with it and look back upon it fondly – but it hasn’t crept above FF7 in my list of favourite Final Fantasy games.  Maybe no Final Fantasy game ever will.

I hope you enjoyed my thoughts and trip down Final Fantasy lane.  If you have never played Final Fantasy 7, or haven’t played it since you were younger, I urge you to fire it up.  Despite having aged significantly over the past few decades, it still delivers an experience unlike any other.