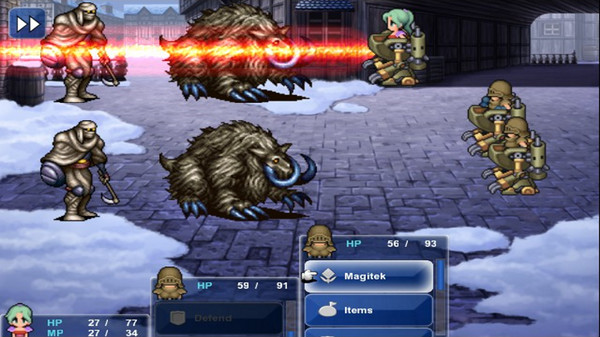 Final Fantasy 6 (Final Fantasy 3 to the Western audience) and Final Fantasy 7 are widely considered to be two of the best RPGs in gaming history.  The original Final Fantasy 7 was a great game and the remake is pretty darn good so far.  That doesn’t take away from the fact that a Final Fantasy 6 remake could have been even better.  The sixth installment in the franchise is of higher quality and deserved to receive the remake treatment first.

Final Fantasy 6 has a better story, cast of characters, design, and music in my opinion. I played the game for countless hours on my SNES when I was a child and I continue to play it on occasion as an adult gamer.

WARNING: This article includes some spoilers, but I’ll do my best to keep them to a minimum.

The History of Final Fantasy VI

Square Enix (Square Soft at the time) changed the title of Final Fantasy VI to Final Fantasy III on the SNES for western audiences. Square Enix was not releasing games in the series in chronological order during this time. This was the third game in the West so the executives at the American branch decided to label it as the third game. The incorrect title caused confusion when Final Fantasy VII was released with the correct title. It was then that Western players learned they had missed a lot of games in the series.

A Final Fantasy 6 Remake Would Have a More Memorable Adventure

Many players remember Final Fantasy VII’s main epic moment: Sephiroth killing Aeris. That one moment does not compare to the many epic scenes from Final Fantasy VI. Every act in Final Fantasy VI is packed with exciting moments and overall the game delivers the perfect adventure. 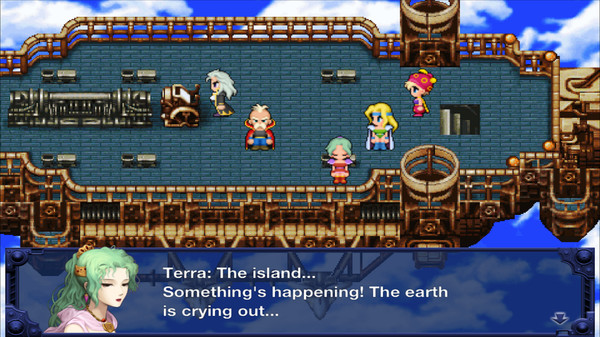 One of the best scenes in Final Fantasy VI is Kefka destroying the world. It was one of the darkest moments in gaming during the 16-bit era. The game’s tone quickly changes to despair and the world’s structure completely changes shape, forcing players to re-learn the game’s map. Some scenes show people dying and falling in deep pits. Many towns are left in ruins, and plants are slowly dying in the new world.

A Final Fantasy 6 Remake Would Have More, Uh, Villainous Villains

Final Fantasy has two well-known villains. First, Sephiroth from Final Fantasy VII is a very popular character in the series and probably the most recognised. Secondly, however, is Final Fantasy VI’s Kefka. This madman is one of the most destructive and yet colorful villains in video games. Kefka is the Joker of Final Fantasy. He kills comrades, burns empires, and poisons an entire empire with only one survivor.

Kefka is not the only evil star in the game. Many members of the Gestahlian Empire leave memorable impressions. Emperor Gestahl, who appears to be the main antagonist, desires to rule the world with a combination of magic and technology. General Leo is a loyal member of the Gestahlian Empire, and his loyalty is challenged by Kefka’s war crimes. Then, Ultros provides comic relief in many battles throughout the game. 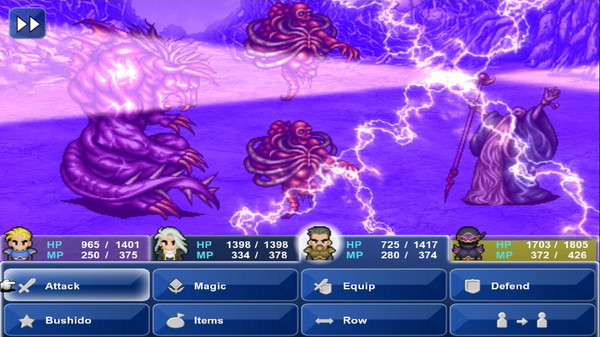 Furthermore, Final Fantasy VI was the first game in the franchise to allow the player to swap party members. This system was necessary due to the large cast of characters. The system added strategy, challenging the player to pick the best characters for particular missions and boss battles. I recommend trying a variety of parties to get the full experience.

However, the battle system is not free from flaws. One common criticism is that it can become easy because every character can learn every spell. This system has its advantages and disadvantages. On one hand, you will always have a character with the ability to cast Cure III. On the other hand, there is less strategy in choosing a party for a mission in the second half of the game.

Final Fantasy VI’s battle system was much better than the original Final Fantasy VII, though admittedly, it would take a little bit of work to adjust it into a modern remastered version.

The Final Fantasy VI Remake’s Worlds Would Blow You Away

Many games in the Final Fantasy series have multiple worlds, such as Final Fantasy IV. These secondary worlds are often in different locations. Final Fantasy VI has a very dark version of this concept. The game’s second world is a dark and dying version of the first world in the game. Every location changes from lively areas to towns in ruins and restructured caves. 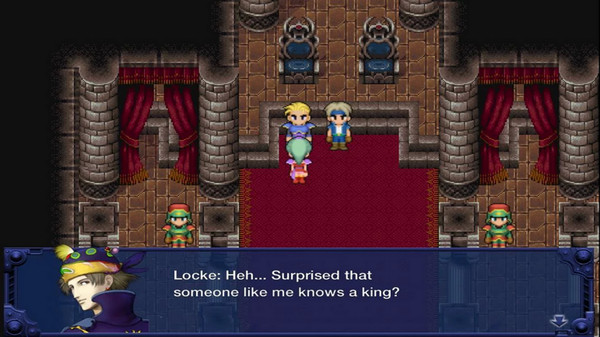 Furthermore, this is one of the rare moments in games with the antagonist successfully destroying the world during the game. The heroes fail to save many lives. Most games begin with the villain winning the first battle, and accomplishing an important goal, but Final Fantasy VI tells the full story of the conflict with many losses along the way.

Few games have attempted this and of those that have, I can’t think of any that do it better than Final Fantasy VI.

Final Fantasy VI is a legendary game, and it is one of the best RPGs of all time. It is a perfect combination of story, gameplay, and design.

Final Fantasy VI deserves a remake and maybe it will receive the same treatment that Final Fantasy VII is receiving.  No one expected the announcement of Final Fantasy VII’s remake, so there is hope that the best game in the franchise also will also get one down the line.

Which Final Fantasy title would you like see receive the remake treatment?