Ultimate Team mode is addictive.  Highly addictive.  Starting with a bare-bones squad of mostly throwaway footballers, players compete online and offline to earn coins.  These coins can be used to either buy players outright or to buy “Packs” of random players in the hope that they get someone worthwhile.  For those low on time or patience or just cash-rich, there is the option to buy FUT Points, which can be used to buy the random Packs too.

Decent players are pretty plentiful.  There are a wealth of good footballers available for a low-enough number of coins that it’s perfectly possible for a casual gamer to assemble a half-decent squad within a week or two.  But, that’s really all casual gamers have to hope for – the best players in FIFA are so out of our reach that it’s not even worth considering.

I’m a grown gamer with adult responsibilities; I have a wife, a kid, a house, a job and things that just have to get done.  Gaming is my favourite hobby but by no means a priority in my life.  I’d avoided the last few iterations of FIFA because I knew I couldn’t dedicate the time needed to build a great squad.

Back on FIFA 14 I’d assembled the ultimate squad; a mixture of blue Team of the Season/Year cards and Ronaldo thrown in for good measure.  I’d build the team by grinding, hard.  I’d bought players low then sold high, snapped up every contract in existence then sold them for even just 50-100 more coins, and religiously monitored the market for the next big player before they’d reached peak value.  It paid off but, boy, it was near enough a full-time job.

Sadly, my real full-time job is accompanied by other commitments that are more time-consuming than a second full-time job now.  Having the best team on FIFA is no longer an aim that I can aspire to, which would be fine, except…it seems like every other player in FIFA 18’s Ultimate Team mode has a limitless sum of money. 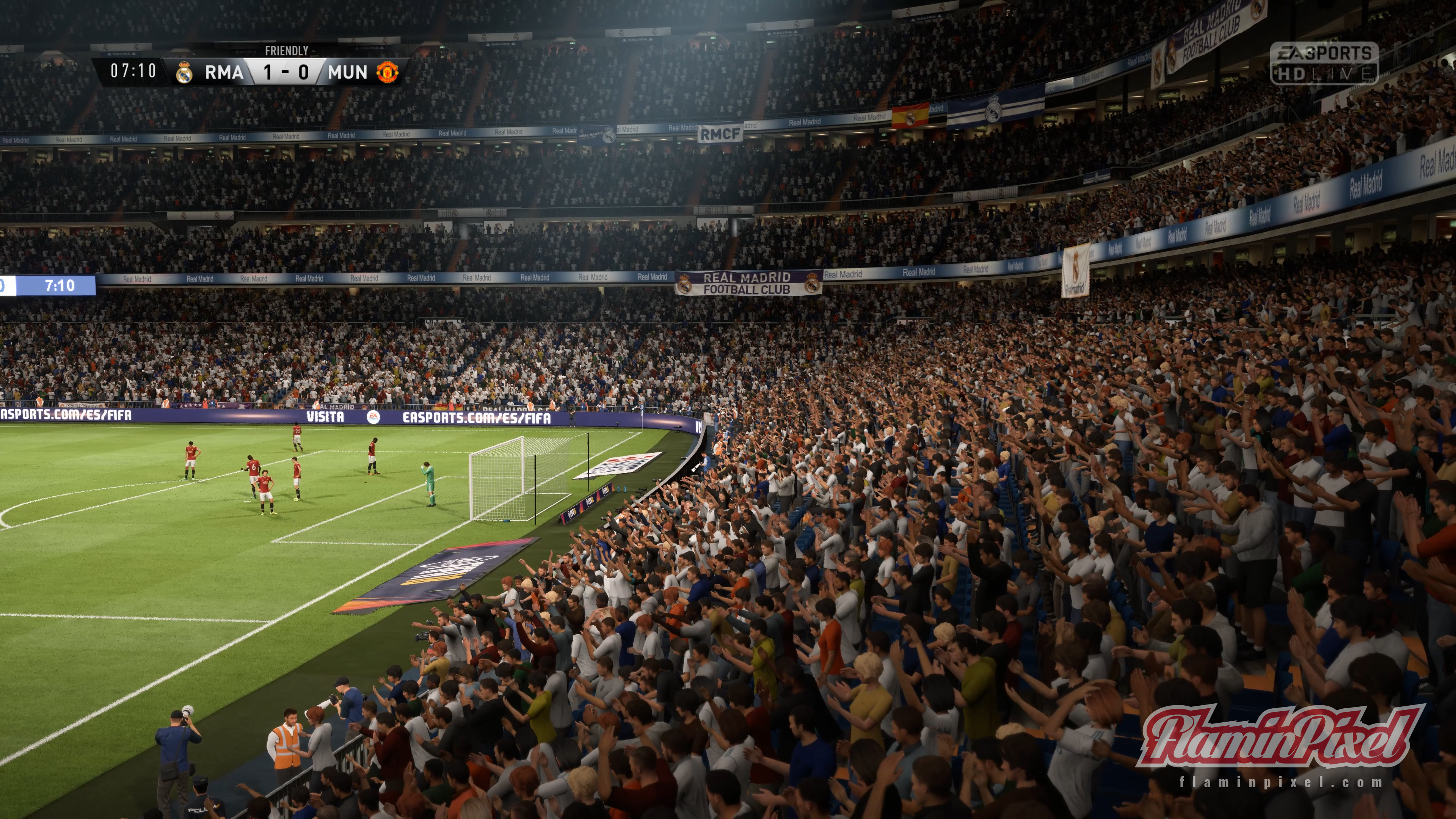 Having finally caved and bought FIFA 18, I’ve already sunk 15 hours into Ultimate Team, in part by sacrificing sleep and in part by sacrificing my Rocket League team (I’m a bad person with a FIFA addiction).  I don’t get a lot of game time but every second I’ve had spare I’ve been playing and trying to build my team.  I’ve also sunk in excess of £30 into FUT Points.  Despite this, my team is just about average.

My star player is Carrasco, an 85 rated left winger who cost me 33K coins.  The rest of my team are either under-valued 84-ish rated players, or 80-82 “they’ll have to do” options.  My overall team rating is 83, which isn’t too shabby.

But hey, it’s early into the game, I thought to myself, let’s finally jump online and play some people with similar teams.

The first team I played had Cristiano Ronaldo and the Rio Ferdinand Legend player, two players combined worth in excess of 3.7 million coins, plus a handful of 50-100k players.  The second team I played was a Bundesliga/La Liga hybrid, with Lewandowski in attack, Kroos in midfield and Real Madrid’s defence.  Expensive, but sure.  The third team I played against had – no lie – Neymar, Cristiano Ronaldo and Gareth Bale in attack, flanked by Messi in Centre Midfield (why?) though fortunately low chemistry.  When Suarez came off of the bench I wanted to cry.

I finished with two wins and a draw but I can’t help but feel that my introduction to the bottom league in Ultimate Team is showing the tough road I have ahead of me.  People with far more time and he inclination to do so are already hammering the market, pricing casual and less-hardcore players out of the market.  My incredible team in FIFA 14 was built over the course of a year, but there are already players out there with a silly amount of money and players that normal players will never be able to afford.

FIFA Ultimate Team is not for casual players.  It’s for the hardcore.

Despite that, I’m still going to play.  I’m not the best player in the world and I know I’ll be getting destroyed by more skilled players with much more money before long, but hey…if I get to ruin the occasional day for a player with a beastly team, that’s good enough for me.