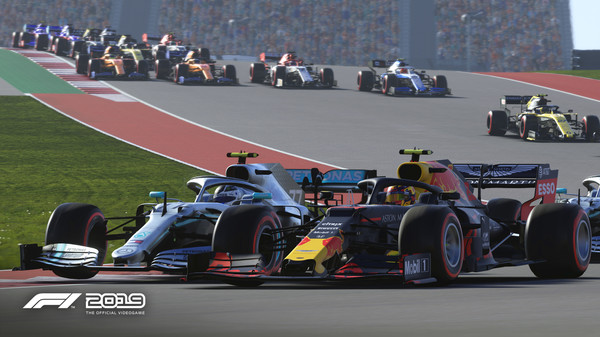 BY ALEX HAWKINS: With the beginning of the 2020 Formula 1 season being officially postponed until the current Covid-19 situation improves, fans of the series have been flocking to the official F1 game created by Codemasters to get their Formula 1 fix.

With the F1 2020 game estimated to be in August, its a great time to look back and see what Codemasters got wrong with the previous instalment, what they got right, and to see what they could do to bring the series forward.

Let’s be honest, F1 2019 is a gorgeous game.  Each of the formula 1 and 2 cars look near-photo-realistic and the circuits are truer to their real-life counterparts than ever before. 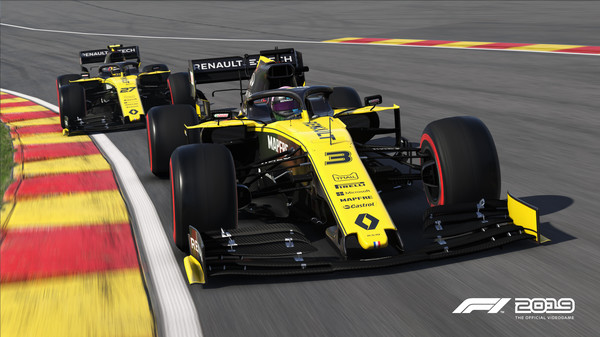 The volumetric lighting used on lights and lamps are simply stunning, and realistic dust and dirt helps to create one of the most immersive and realistic racing games – not just F1 games – ever.

As proved with the huge success of the Virtual Grand Prixs that have been held over the past couple of weeks, Codemasters have really hit the nail on the head when it comes to F1 2019 e-sports. Making such a massive focus on this on the Main Menu of the game has meant more and more casual players are tuning in and watching the races.

With the continued success of the Virtual Grand Prixs all but guaranteed, as they are now being shown live on the Sky Sports F1 channel, this will only help to continue the growth of F1 e-sports.

Something which was often requested by the loyal F1 game fans, Formula 2 was introduced into the F1 2019 game and has been widely praised. Having a short Formula 2 story beginning the Career Mode was a great idea, but this needs to be expanded upon in F1 2020.

The cars are great fun to drive and offer a completely different experience to Formula 1 cars. Hopefully, with the introduction of the feeder series into game, Codemasters will be able to build upon this in future games and introduce Formula 3 eventually to really build the roster of drivers and cars into the game.

Easily one of the most popular modes on the modern Formula 1 games, Career Mode has become a massive part of the game. With Driver transfers, research and development, practice programmes and invitational events, gamers are given every incentive to invest their time into perfecting their cars in Career Mode. 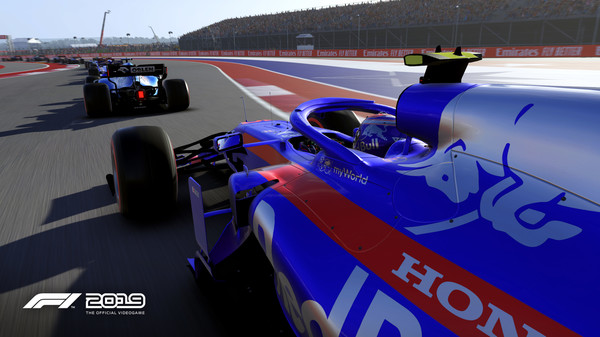 However, whilst being a huge part of the game, the Career Mode is nowhere near perfect.

Yup, we’re including the career mode under ‘the bad’, too!

Although Career Mode has gone through some massive improvements throughout the years, it is still a very basic mode. Driver transfers feel completely random, research and development is overpowered for the player’s team, practice programmes are repetitive, and there is no real reward for continuing after winning both drivers and constructors championships.

While the Career Mode is by no means broken, there are some significant improvements to be made to make the mode just as immersive as the gameplay on the track.

Now whilst the F1 2019 has hit the nail on the head with regards to e-sports, the overall multiplayer gameplay needs a lot of work. The penalty system, if done right could be a huge success – just look at Gran Turismo’s penalty system, which has been hugely praised by its racers.  Codemasters should be taking notes.

If Codemasters could get a handle on its penalty system, it would help the Multiplayer Safety System. Introduced to help players race with other players of similar levels and play styles, the system has been buggy and broken from release. If you get taken out by another racer who is just crashing into everyone, you should not be penalised yourself, but unfortunately, this is what currently happens.

Overall Codemasters have really built upon F1 2018 to give gamers an even better experience with F1 2019. There is room for improvement, but in f1 2019, Codemasters have released a game that feels more like an overhaul than just another release in an annual franchise.  It will be interesting to see what they implement next to take F1 2020 to the next level.