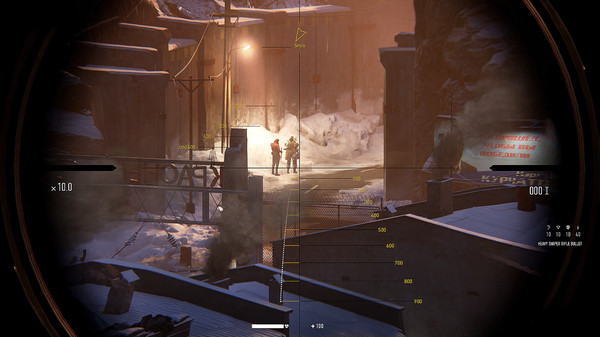 I get it – being a sniper is hard.  Most games, even blockbuster hits like Destiny and Call of Duty, strip down the complexity of using a sniper rifle to make it more approachable for players.  Few titles dare to stray more into the world of simulation, but the Sniper Elite and Sniper Ghost Warrior series take this less-beaten path.

The problem is, realism doesn’t always translate into an enjoyable experience, and the Sniper Ghost Warrior franchise has struggled to get a good balance between real-world physics and, well, fun.  Despite that, I thoroughly enjoyed immersing myself into Sniper: Ghost Warrior 3 and had hoped that some quality of life additions would be implemented into Contracts to make it more approachable.

Sadly, Sniper Ghost Warrior Contracts represents a massive step backwards, which when combined with the over-complicated approach to sniping results in a frustrating mess. 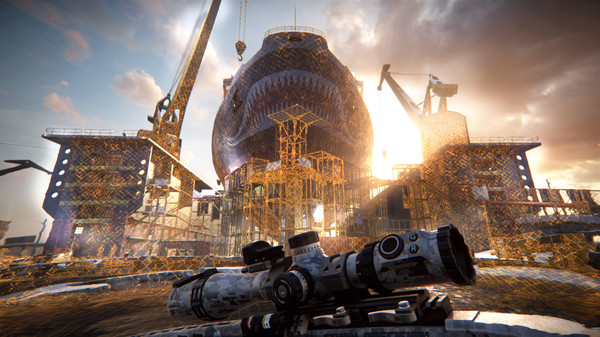 I quite like the large maps, with a wide variety of ways to approach each shot.  It reminds me of Hitman, a game that I replayed to death.  Having that replayability in Sniper Ghost Warrior Contracts would be great – except there is so much wrong with the game that it’s hard to play it once, let alone return to it.

I get it – realism is nice, and your team have spent week painstakingly animating every object in the game.  That’s great.  But, how about not letting the animations dictate the pace of the game?  All animations are sluggish and cumbersome, with no way to interrupt them.  For a professional sniper, the reloading animation looks more like someone carefully trying not to make a mistake rather than a seasoned soldier of war.

The lack of urgency bleeds into other animations, too.  Stealth takedowns feel like they’re happening at half-speed, while climbing is sloth-like.  As these animations are uninterruptable, if an enemy stumbles upon you, you’re at their mercy.

Weapons Feel the Same and Many Are Pointless

Variety is the spice of life, but not when it comes to the sniper rifles in Sniper Ghost Warrior Contracts.  The only differentiation is that larger calibre guns do more damage – sometimes visibly so – but the majority feel identical.

Away from the focus point of the game, players can also use pistols and assault rifles.  Pistols lack power but can be suppressed, making them the only option for stealthy kills, while assault rifles are too noisy to be useful unless everything has gone seriously wrong.

Considering the weapons in a game like this are so important, it feels like the developers lacked focus in this area, which seriously hurts the experience when playing.

The AI Is a Significant Step Backwards

The AI is a significant step backwards, not just for the series, but for video games.  Sometimes, enemies wander around aimlessly, oblivious to any threat.  You can literally run up behind them without crouching and shoot them from point-blank range.  Stealth be damned. 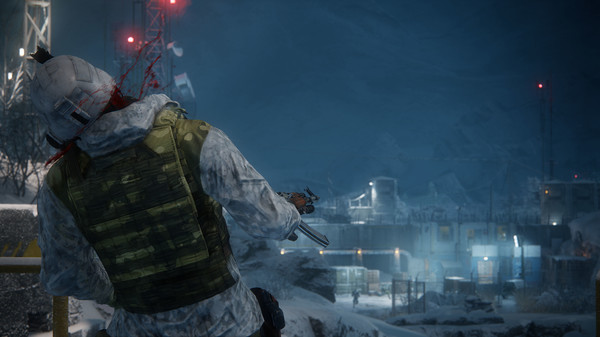 On the flip side, some enemies boast psychic powers, informing every comrade not only of your existence but also of your exact position – even if you reposition yourself after being seen.  Given that enemies can kill you in seconds, that’s a pretty significant disadvantage.

Speaking of disadvantages, how about the sound of an enemies gunshots not emitting from their weapon, but instead another, undisclosed location?  Good luck trying to pinpoint the person trying to kill you when you’re convinced that they’re hiding behind a wall when really they’re casually flanking you on the left.

I’ve had enemies shoot through walls, my bullets fail to hit, and enemies “spot” me despite being on the other side of the map.

It’s a Bit of a Mess

As a fan of the series, it hurts me to say that I cannot in good faith recommend Sniper Ghost Warrior Contracts.  It’s a pretty game and you can tell that the developers have tried to accurately convey the challenge of being a sniper while giving players the ability to approach objectives as they wish.  It’s just a shame that the numerous flaws turn it into a slow and frustrating experience that is a struggle to finish.