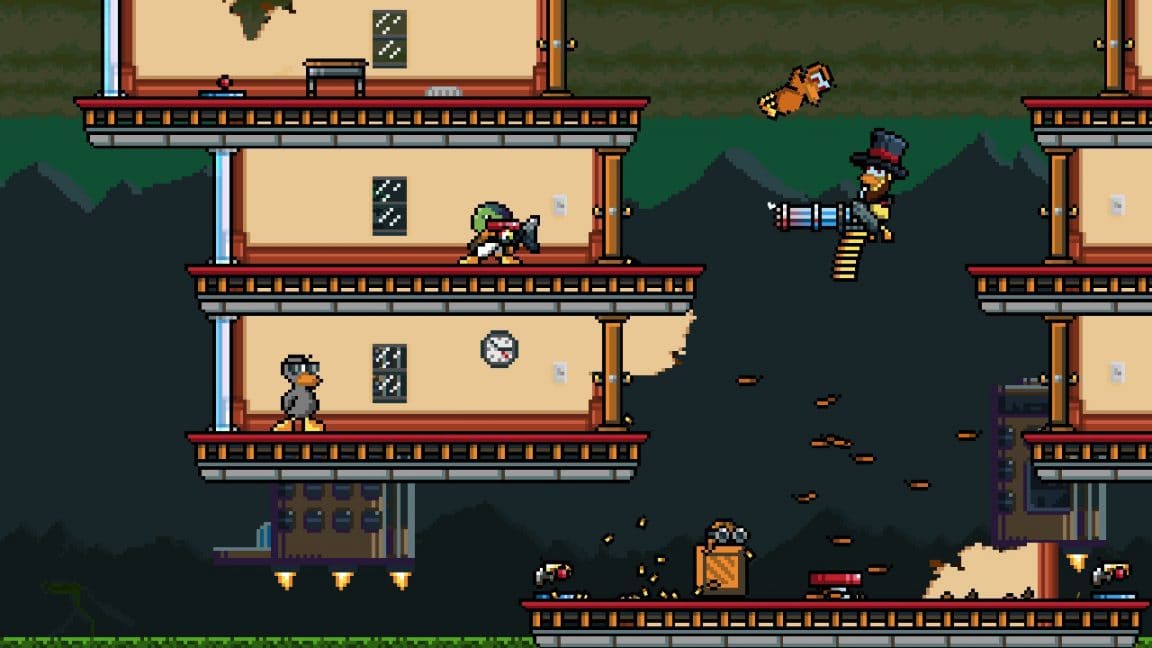 A couple of months ago, a buddy told me I had to try Duck Game. I had never heard of it before. I do like games though and ducks are okay. Between trusting his opinion and noticing that the game was published by Adult Swim, I ended up purchasing the game on Nintendo eShop.

I’m glad that I did.  Duck Game is the best local multiplayer experience I’ve had since childhood.

How do I explain Duck Game? It’s definitely action multiplayer first and foremost. Think Towerfall but the mages and arrows are replaced with ducks and a variety of guns. There is also a button reserved for the action of quacking and quacking alone, and for some reason, I never get tired of pressing it. 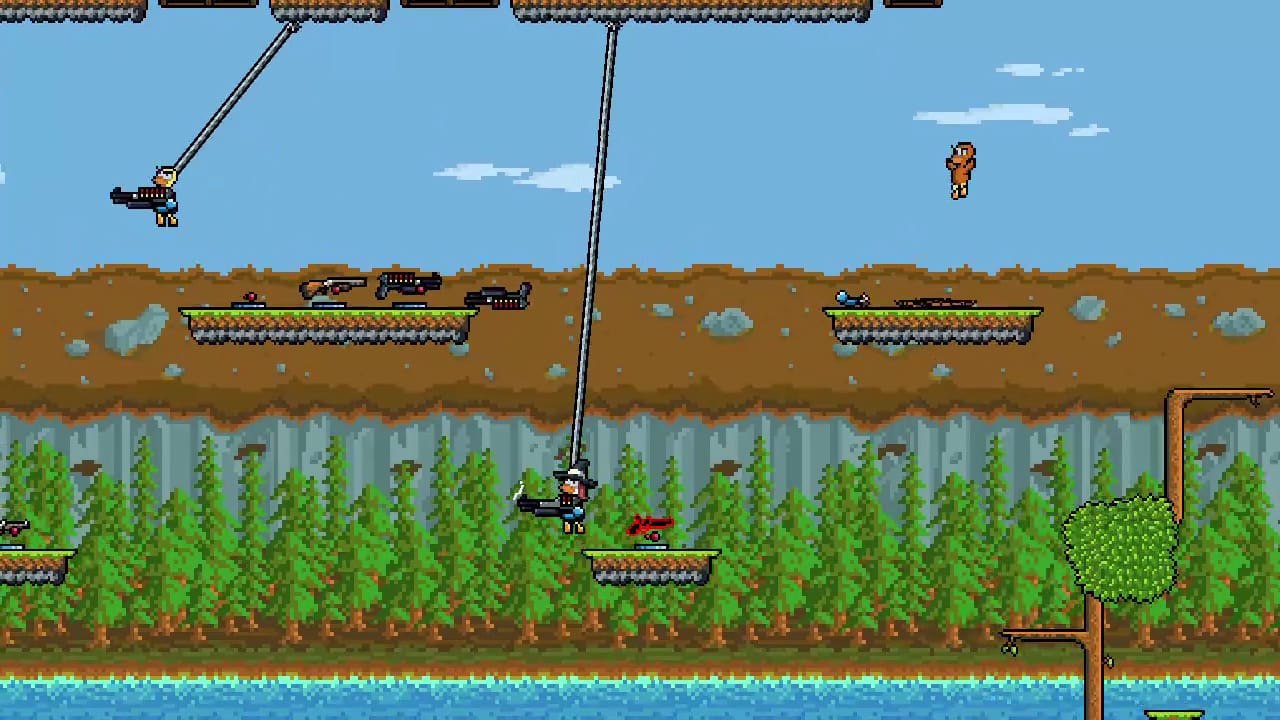 Duck Game offers an online mode which pairs well with eight to ten beers. Whenever you land a match with people who play the standard levels it is a great, mindless time. Be warned though, the levels created by other players tend to be horrific, some even causing the game to crash. There are also rewards for playing the game such as different hats for your duck and decorations for your waiting room.

Despite being a fun online experience for the most part, that is not where Duck Game impressed me most. I had the opportunity to play with three friends in person. I cannot remember the last time I heard so much laughter while playing a video game. It took me back to playing Super Smash Bros. on the Nintendo 64 and Turok: Evolution on the GameCube with my childhood friends. With today’s emphasis on online multiplayer, I had forgotten about the joy of gathering on a couch and duking it out with your buddies. This isn’t the first game I’ve played with friends locally since childhood; however, this was the most fun I can remember doing so. Duck Game works perfect for an adult get-together because the controls and premise could not be simpler: three or four buttons are essential and your goal is to be the last duck standing. My friends and I are required to work these days because, you know, we’re adults now. By the time the weekend comes around—if we’re lucky to be able to hang out together at all—we don’t want to waste time learning complex controls and rules because we likely have a few hours to share at most.  During times like these, we like to keep it light and fun: that’s Duck Game.