Many adult gamers have their maturity questioned when people find out that they like to play video games.  Whether at a family gathering or being given the side-eye when buying a game at a store, there is a stigma that is associated with being an adult gamer – a stigma that is significantly outdated.

Many people associate video games with children. However, the facts may surprise a lot of people. According to the Entertainment Software Association, 164 million adults in the United States play video games, and this number is roughly 65% of American adults. Children and their parents are enjoying games together. Many adults have continued playing video games long after their childhoods came to an end.

These statistics are not surprising for the generation of adult gamers who were raised when video games started to become mainstream in entertainment. A significant number of grown-up gamers has an NES, SNES, Sega, or PlayStation as a first console. They have continued to play video games throughout their lives. It is a fun hobby that people simply do not stop. The quality and maturity of games have grown alongside us.

Video games have the same elements as other forms of entertainment. Their first purpose is to entertain the players as the audience. Second, they have stories just like books, movies and television shows. Players of all ages enjoy the stories from video games.  For example, the purpose of a Star Wars video game and a Star Wars movie are not dissimilar (give or take some microtransactions, but that’s a story for another day). 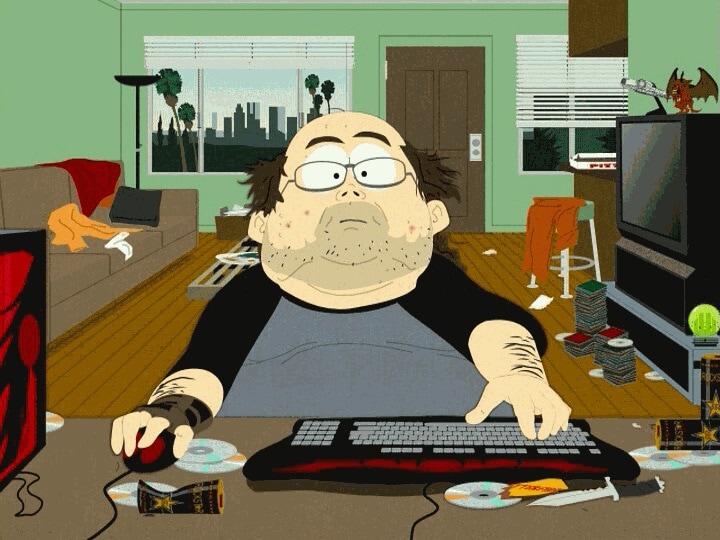 Just because an adult counts video games as one of their hobbies does not mean that they lack a social life. You can have a social life and play video games. Both can be done at the same time, or independently.  Some enjoy a few beers with their friends on a Friday, then spend Saturday morning playing FIFA.  That’s okay.

Others do most of their socialising via video games, and that’s okay too.  You can host an in-person party with friends to play multiplayer games like Mario Party, or jump online and speak with your friends with a headset while you game.  Through college and for a while afterwards, I’d always play Super Smash Bros Melee with my friends once a week; it was great to catch-up with each other and play together.

Many gamers also attend conventions or take part in local video game tournaments, which are often held by local stores.  These events have become more common in recent years due to the rise and rise of esports. There are many adult gamers who participate in tournaments for their favorite video games, often for fighting games like Dragon Ball Fighter Z or sports games such as Madden. You can meet new people and new friendships can blossom.

People From All Walks of Life Play Video Games

A common stereotype is all adult gamers are unemployed lowlifes who live in their parent’s basement, with only the glow of their RGB-lit gaming rooms to keep them company.

This could not be further from the truth.

I personally know a variety of people who play video games; athletes, attorneys, judges, parents, soldiers, and many more people who enjoy gaming. None of them are shy about speaking about their hobby.

It is not uncommon to see adults gaming in public.  Adults are able to partake in their hobby anywhere and everywhere, thanks to laptops, smartphones, and tablets. Some of the most popular games are primarily available for smartphones, such as Candy Crush. It is more and more common to find adults playing video games on their phones while on public transport or during a break at work.  It is a normal occurrence.

Even Kid’s Games Are No Longer Just for Kids

Video games have long ceased being just for children, even those that are primarily aimed at the younger generation.  Video games have shifted to a generalized audience in the past 20 years. Many adult gamers still play Pokemon, Sonic the Hedgehog, and Super Mario. These series are related to children, but many grown-ups played these games when they were children and they are series that have continued to be fun for adults. There are countless YouTube channels that are dedicated to these classic series, hosted by gamers who on paper are not the game’s target market.

There are also adult gamers who have since become parents and who like to share their hobby with their children.  Gaming is a great way for a parent to spend time with their child, showing an interest in titles that appeal to their kids and making memories with them.  It is a great way to develop closer relationships. My mother and I played Ice Hockey on the NES when I was a kid and I cherish those memories.

M-Rated Games Exist for a Reason

There is a reason for the rating of “M” to exist. It is for mature games designed for an adult audience. Would you allow a six-year-old child play Grand Theft Auto? The answer from every parent should be no. That type of game is not designed for children. It is clearly intended for mature adults.

Game developers create mature games for adults who are looking for games with edgy and dark themes. Many adult gamers enjoy games with blood, horror, and intense violence. We have a deeper experience in those themes in media. Mature games often have compelling stories that you are unable to find in games like Super Mario. Many adult gamers want this fulfilment of a mature experience because it is fun and relates to our peers.

The fact that M-rated games generate billions of dollars for their developers just goes to show how many adult gamers there are out there, enjoying their hobby.

Never Be Ashamed of Being an Adult Gamer

If you are an adult gamer, then embrace who you are as a person. Video games are just a form of entertainment for everyone. There is nothing to be ashamed about. They are a form of entertainment that is made for people of all ages. Playing video games does not mean you lack a social life or you are a boring person. Video games are just one aspect of our lives and one that is becoming more and more accepted by society in general.

The stigma of being an adult gamer is outdated and fundamentally false.  But, if you’re reading this then you probably already knew that.