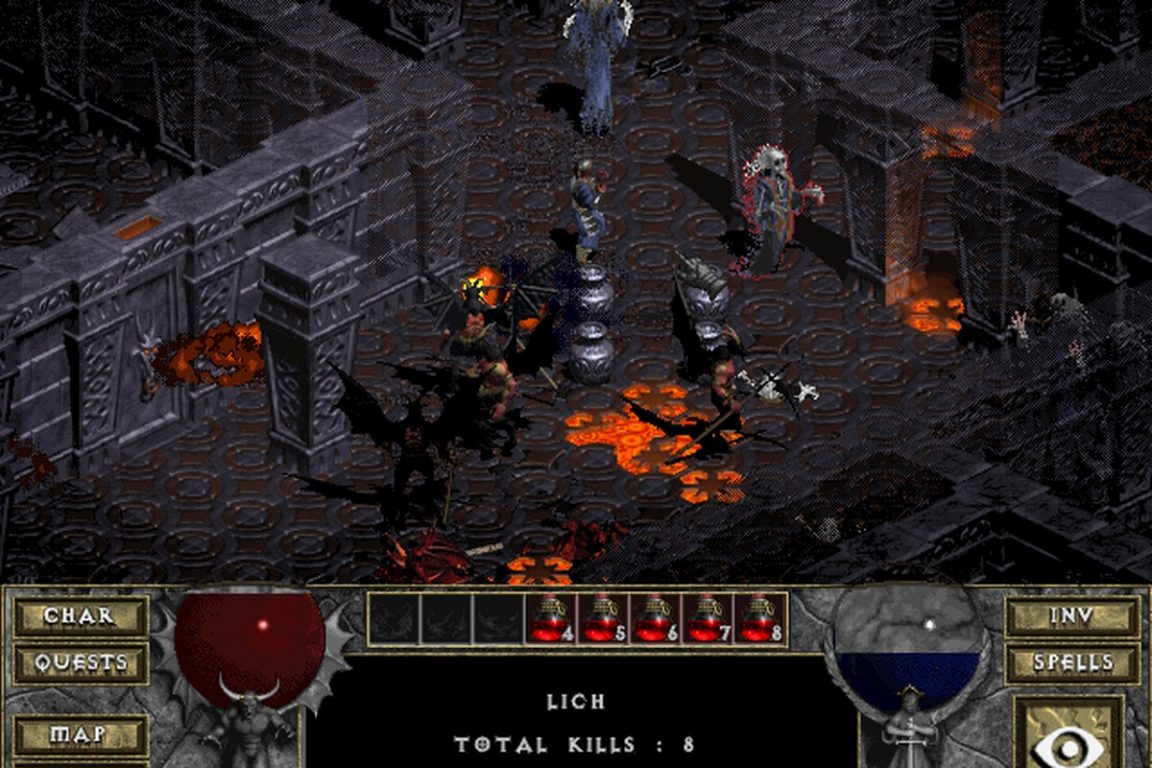 BY TAYLOR HAYES: Gaming was a huge part of my life as a child, but it wasn’t until I caught my dad playing Blizzard North’s Diablo that I learned how dynamic gaming could be. Diablo roped me in with simplistic yet interesting gameplay, memorable characters, and a three-dimensional plot rooted in horror. This combination has ensured that it has remained one of my favorite games well into adulthood.

In my opinion, action RPG gameplay has a tendency to get difficult. Games such as World of Warcraft allow for endless move customization that can help perfect strategy but can also be a lot to take in. Diablo goes back to basics with a point-and-click fight style making it easier for newcomers to understand and enjoy. For me, I could put less focus on the keys being pressed, and more focus on the immersive storyline and just having fun. The unique inventory method could be considered limited when compared to current games, but still proves brilliantly simplistic. You have a set number of bag slots and had to drag and drop any new items; if it didn’t fit, it didn’t ship. While this may not be easier, it proved to be a lot more realistic than some other methods I have seen in current games. 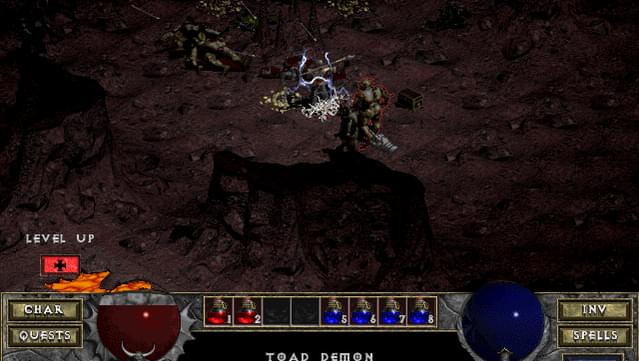 Non-playable characters make a huge difference in how realistic and interesting the plot or setting of a game is. In more expansive games, it can be difficult to create characters that an audience connects with. The use of voice acting in-game helps to flesh out the NPC’s adaptability to the changing world around them. Diablo managed to make NPCs more than just a part of the scenery.  My memories always go back to the inhabitants of the town, and their stories behind how the events of Diablo’s conquest occurred. The roles created within this world made me care about the underlying plot just as much as the game mechanics.

Zombie tropes and campy jump scares are something we see ad nauseam in gaming. Though Diablo does deal with the undead, the game’s lore solidifies a seemingly realistic reason behind the gore. I respect this piece for not using fear as a gimmick, but rather a tool to deliver a sobering and chilling plot. Though the game is not particularly long, it is packed with exciting and captivating mythos not often seen in the horror genre. 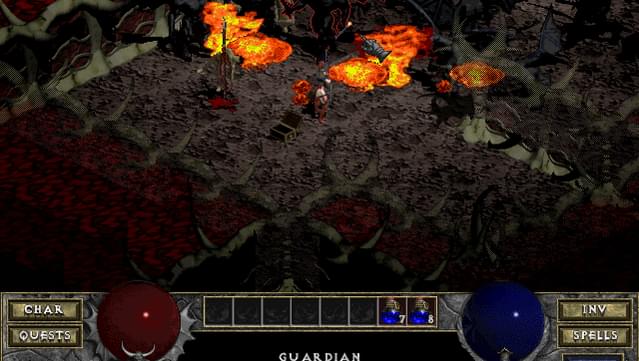 For the first six months of 1997, the first in the Diablo series was the highest-selling computer game in the United States. Although I did not cross paths with the game until the early 2000s, I still thought it was revolutionary. My experience was defined by the comprehensible gameplay, vibrant characters, and well-developed plot.

It has been years since the days of watching my dad play, but Diablo will always have a place in my heart as the first game I really loved.