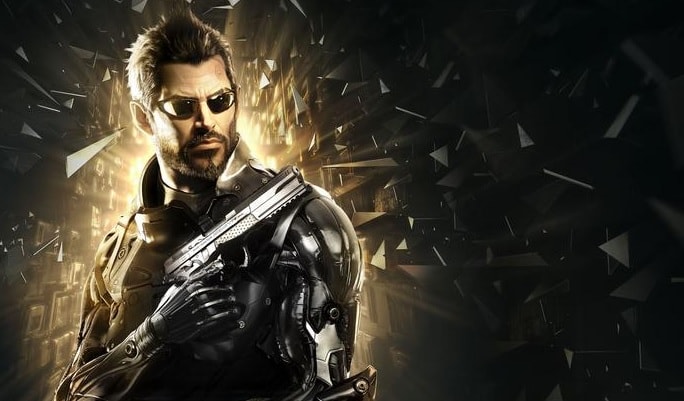 Deus Ex stole my heart a long time ago.  The PlayStation 2 port of the original had more depth than I’d experienced in a game, and while the franchise has evolved to favour action in recent years, I still love it.

The news that Square Enix were putting Deus Ex on ice is still a huge disappointment.  Few other games have such beautiful futuristic worlds and genuinely intriguing stories.  When considering how Square Enix could revive the Deus Ex franchise, I started to wonder whether an MMO would work.  I think it would. 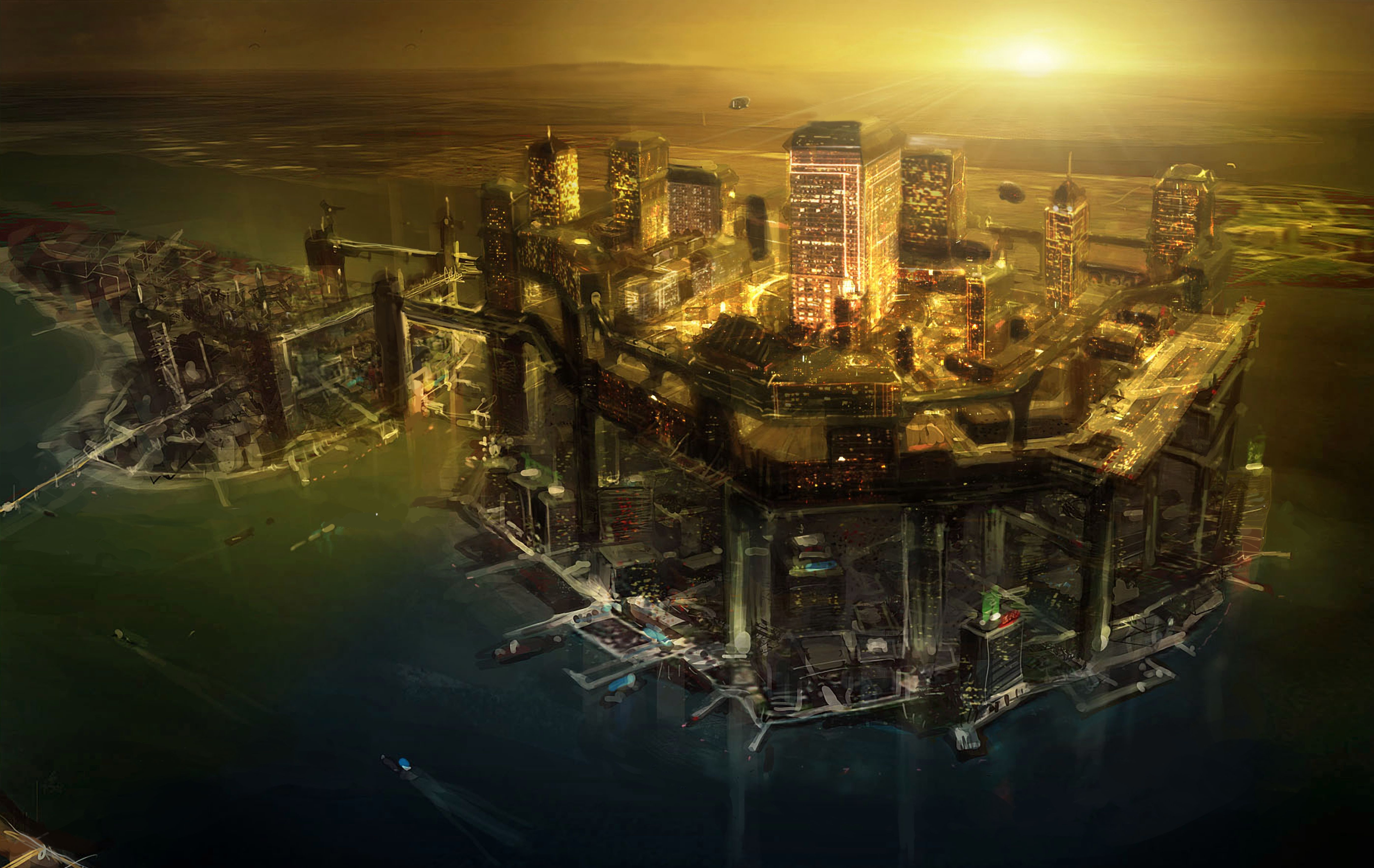 The switch to online games is lucrative.  Before Grand Theft Auto V, Rockstar released high quality single-player expansions for their Grand Theft Auto franchise to maximise their earnings from each game.  With the launch of GTA Online, however, they found the opportunity to generate millions of dollars without focusing on the single-player experience.  They release new modes, cars, and heists, and players throw money at Shark Cards, trading real-world money for pretend currency.

Bethesda has also taken a step into the world of online gaming with Elder Scrolls Online, which may have delayed the release of Skyrim’s successor.  Skyrim originally launched in 2011, and since then solo-players have only had an endless slew of remasters to suppress their appetites.  Meanwhile, Elder Scrolls Online has over 8.5 million players. and has a continuous stream of expansions (including Morrowind in all its glory).

I don’t doubt that there will be a Skyrim successor and a Grand Theft Auto 6, but in both cases, online gaming has incentivised these AAA developers to delay releasing single-player sequels or expansions to their games, and instead focus their resources on squeezing every cent out of their existing titles.  Turning franchises into successful MMOs can be profitable.

This could also work for Deus Ex.  Players could create their own characters, becoming augmented super-cops, anti-augmentation radicals, and neuropozyne dealers, or something in between.  Those who oppose augmentation could have a difference experience to those who choose to be modified, which could open the door to differing stories and PVP elements.. 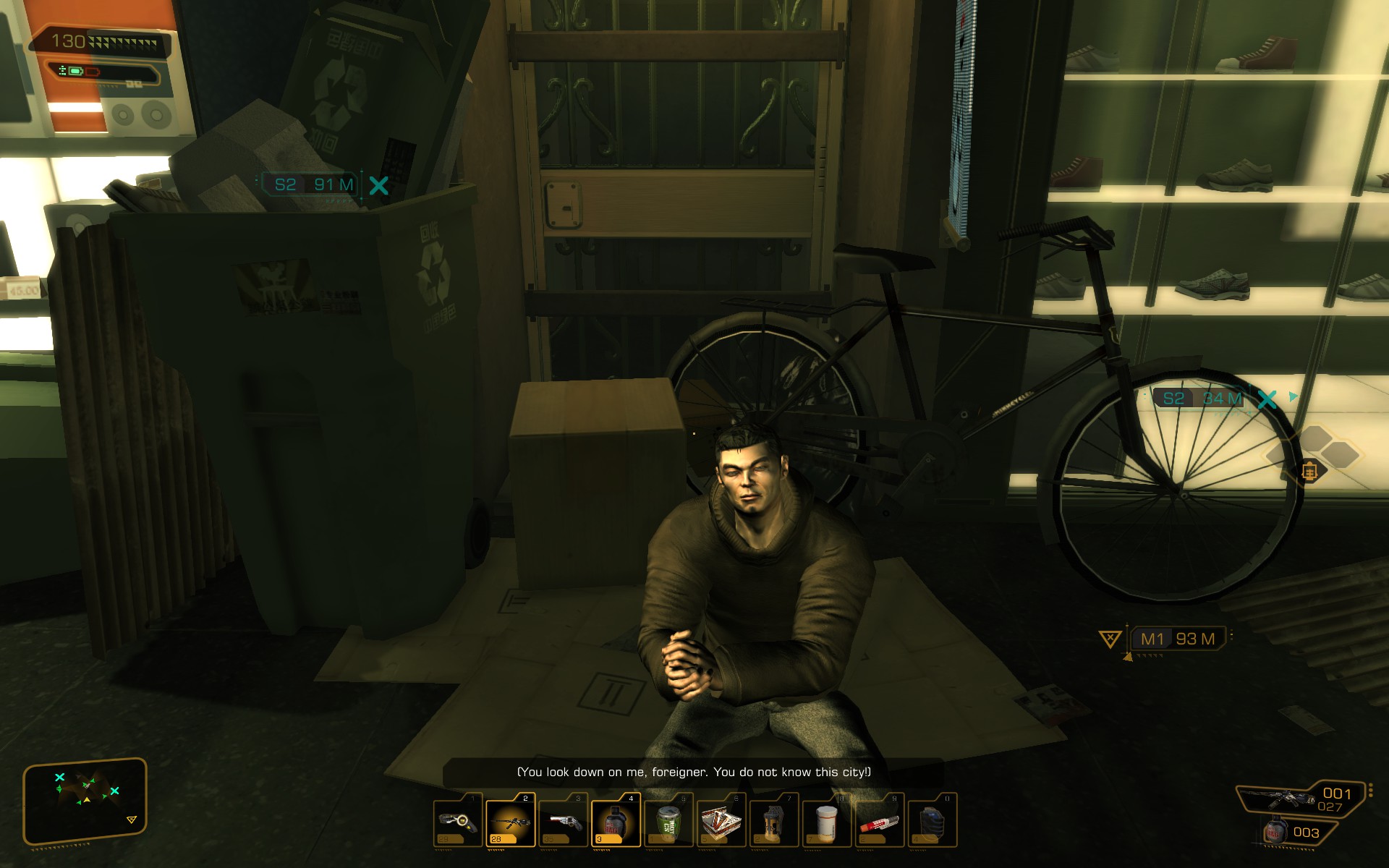 JC Denton, Alex Denton, and Adam Jensen could appear, depending on the year and location.  Selfishly, I’d lean towards JC Denton or Adam Jensen as I wasn’t a huge fan of Alex Denton in Invisible War, but all three have a decent case for inclusion.

Deus Ex titles boast stunning sci-fi settings that would be a joy to explore with other players.  New York City, Hong Kong, Prague, Paris, Antarctica, Cairo, Detroit, Chicago, Seattle, Singapore, Moscow, Panama City, Dubai, London, and many more have served as locations in Deus Ex games over the years.  This gives the opportunity for Square Enix to launch a Deus Ex MMO with one well-realised, detailed, open-world city, then add additional cities and locales as paid expansions. 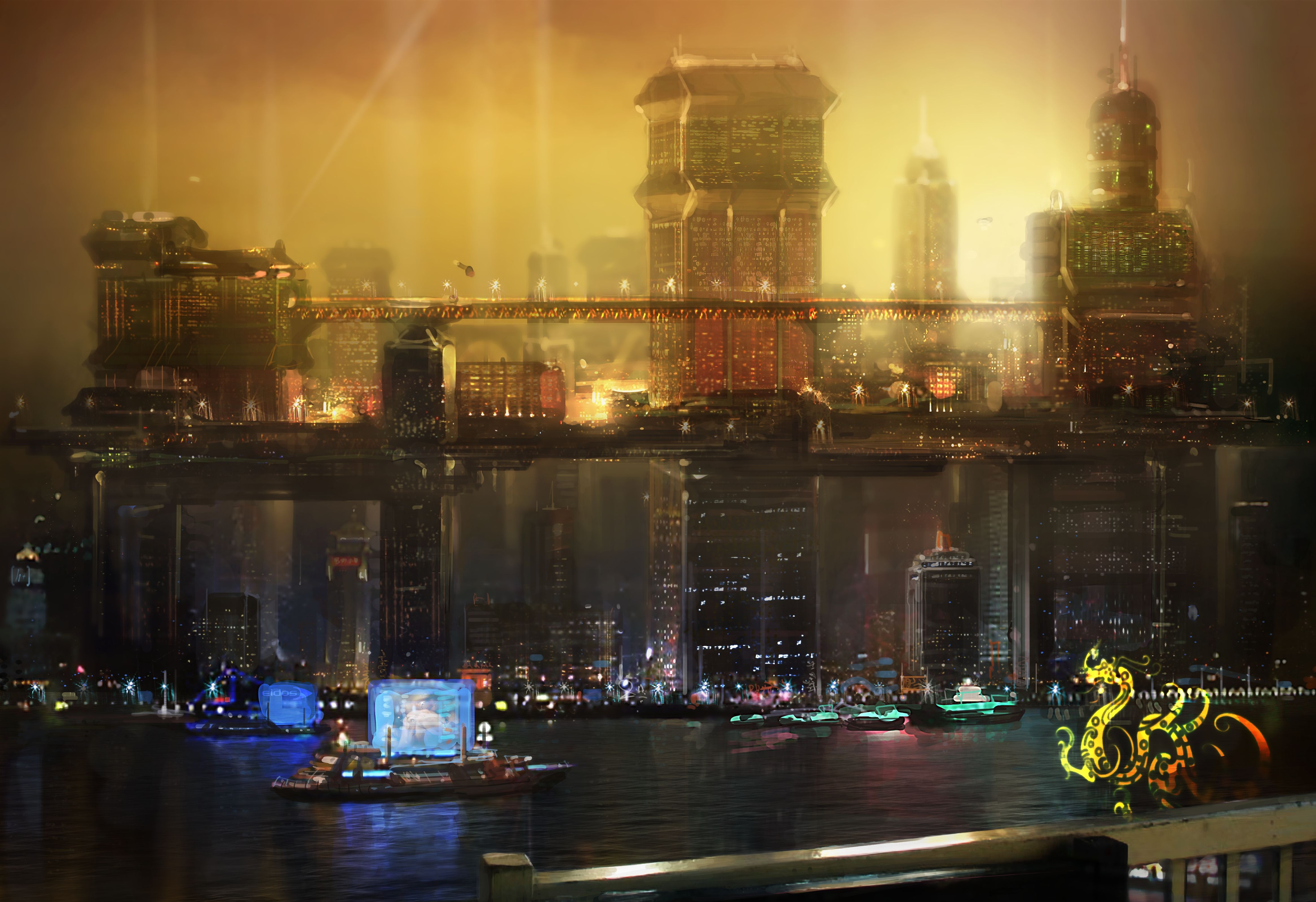 Gameplay could take a similar approach to Grand Theft Auto, with stronger stealth mechanics for multiplayer missions to meet the expectations of some corners of the Deus Ex fan base.  Players could walk the neon-lit streets, or take to the skies in a VTOL, jump between cities in a Maglev train, or cruise in a Navig.  Augmentations and weaponry could be upgradable, giving players opportunities for progression and the ability to tweak their arsenal to suit their play-style.

Deus Ex has provided engaging stories in breathtaking locations for nearly two decades.  The franchise could be revitalised if it was successfully adapted to be shared with others online.

Square Enix would need to figure out what to call their version of Shark Cards, though.  Credit Cards doesn’t have the same ring to it…