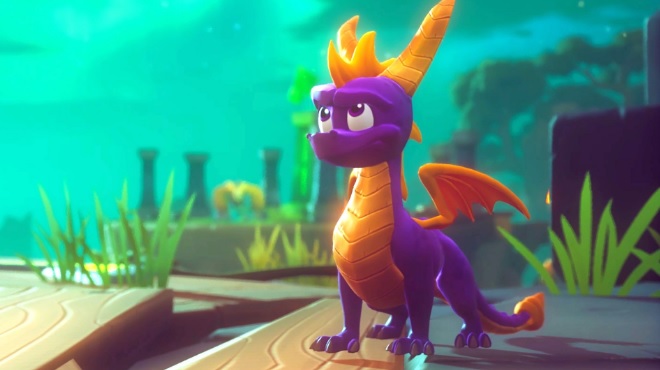 I have a confession to make: I was OBSESSED with the Spyro games growing up. I had all the games on the PlayStation and PS2.

I spent so many hours on the games, especially the one on the Nintendo DS. I basically spent my childhood on them. Yes, even 95% of my weekly allowance.

When I heard they were remastering it for the PS4, I can’t even begin to explain the pitch of the scream I let out. I was out of town on vacation with my mother at the beach when I saw the video in February. I didn’t watch it at the time since I didn’t have a strong enough Internet connection.

I immediately, however, sent a link to the video to my brother via Facebook. He got as excited as I did about the possibility of being able to play the games again. Even now, I’m more than a little excited to dive back into them.

Thinking back on all the nostalgia, however, a question comes to mind. I’ve seen the graphics improvement of the games along with hearing the voice acting that’s been put into it. Although I was devastated by the delay in release, I understood why they did it.

My question today is if it will live up to the original games. I am fully aware that they are a remaster of the original games, will they live up to what I remember of them? This is a question that has stuck with me over the past few weeks and is destined to not go away anytime soon. Or at least until I get my hands on a copy of it in a couple months.

Are they changing anything major?

One of the biggest concerns for me, other than whether it’ll live up to expectations, is if they’ll be changing any of the controls. You’d think they wouldn’t change anything other than improving the graphics, of course, but one can never be too sure these days. My curiosity gets the better of me on subjects like this so we’ll have to wait and see.

I’m sure they won’t change anything with the storyline since it’s a remaster and not a reboot. A reboot would be nice, actually, so I hope they do it soon. The other question I have for myself is how long I’ll be spending on the game.

I’m sure there will be many, many hours devoted to completing the game to 100%. I have a “problem” of being a completionist with both video games and books. I’m sure Spyro will be the same way, as the Crash Bandicoot remaster was last year.

I am really excited about getting my hands on the Spyro remaster when it comes out in November. My hope is that they do not delay it again since the first delay was devastating enough for me. It’ll give me something else to put my completionist mind at ease for the time being. Spyro was one of my first video game loves so I have a feeling that I’ll be coming back to it quite often in the next few months. Let’s hope it’s as good as I remember!