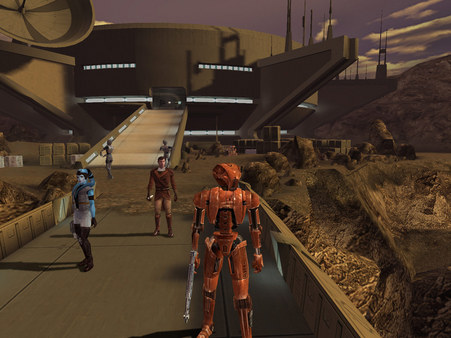 When putting together a list of the best remakes and remasters for modern consoles, I started thinking about many of the classic games that also deserve remakes. Some more popular games been re-released on digital platforms or ported with no updates to the original game, but a direct port is not as satiating as a remake.  These games deserve to be remade from the ground up, or at the very least have a graphical refresh.

These are 7 classic game remakes that we want to see in 2021:

Super Mario Land was a launch title for the Nintendo Game Boy on April 21st 1989, along with Alleyway, Baseball and Yakuman.  It was an enormous success, selling over 18 million copies and is widely considered one of the best games on the Game Boy.  Despite being over 30 years old, adult gamers and younger gamers alike continue to enjoy playing it.

A remake of Super Mario Land has the potential to be a huge success. It would look amazing on the Nintendo Switch if it was given the same treatment as the Legend of Zelda: Link’s Awakening, giving adult gamers the opportunity to play a modern version on the go or at home.

It would be great if Nintendo added more playable characters, such as Luigi, Yoshi, and Toad.

The Legend of Zelda

I am very surprised that Nintendo has never remade The Legend of Zelda for a modern console. The game was re-released on the Game Boy Advance and Nintendo Gamecube, but it has never been remade with modern graphics and controls.

I would like to see new areas and items such as bottles added in a remake. The Legend of Zelda would look beautiful on the Nintendo Switch – I’d even be happy if they just lifted the exact same style from Link’s Awakening for this remake.

Besides modern graphics, a remake allows developers to expand the lore.  The Legend of Zelda has very little dialogue. This lack of written story was largely due to hardware limitations from the time, which wouldn’t be the case for a remake.

Final Fantasy VI is one of my favorite RPGs of all time (some adult gamers may remember this game as Final Fantasy III in the US).  This game resonated with me to the point that I included Edgar in my list of the 8 most wanted Super Smash Bros. Ultimate characters.  We’ve also written about why Final Fantasy 6 deserves a remake before.

I played Final Fantasy VI non-stop for hours on the SNES. I still enjoy the characters and stories to this day, and it remains one of the most exciting adventures in the franchise.

Final Fantasy VI was re-released on the PlayStation and Game Boy Advance. However, both re-releases were direct ports with no major changes or updates.

Final Fantasy VI has an amazing story and one of the best villains in video game history. The game has a great battle system and characters with unique abilities to use in battle.

Super Mario RPG: Legend of The Seven Stars deserves a major remake from Nintendo. New 3D graphics, remixes of the game’s best themes, and extra features would elevate the remake of the game above the original. I would like Luigi to be added as a party member; he briefly appears in the game’s ending and deserves more time in the spotlight.

A remake of MegaMan Legends would do wonders for the series. Many players continue requesting MegaMan Legends 3 to be made. A remake would introduce new players to the series and may strengthen the demand for future MegaMan titles.

Very few Star Wars games have a good reputation. You may have seen The Angry Video Game Nerd’s video about the worst Star Wars games, which basically sums it up.  Star Wars Jedi: Fallen Order managed to exceed expectations, but that is rare for a Star Wars-branded title.

There is one Star Wars game that sits above all others: Star Wars Knights of the Old Republic.  It is one of the best games Star Wars games ever (if not THE best) and one of the greatest games released for the original Xbox. The game’s story is a prequel to the movies and has the best story in the entire franchise. It gives players the option to save the universe from the Sith or join the Dark Side – the choice is yours!

A remake of Star Wars Knights of The Old Republic would be a great game for many reasons. The game needs updated graphics as many games from the original Xbox have not aged well. Furthermore, Disney recently announced they have plans to film movies based on Star Wars Knights of The Old Republic. A remake would drive interest from many adult gamers and introduce the game to a younger audience.

Kid Icarus is one of my favorite video games on the NES. It introduced Pit and his divine world as he goes on a quest to save the goddess Palutena.

Kid Icarus was a major success for Nintendo and spawned two sequels; Kid Icarus: Of Myths and Monsters on the Game Boy and Kid Icarus: Uprising on Nintendo 3DS.

A remake of the original Kid Icarus would have a lot of potential. The voice acting from Kid Icarus: Uprising would be a great addition. The character’s color personalities and dialog fit well in the series, with each character standing out from each other. Unlike other protagonists from Nintendo, Kid Icarus speaks and shows his true personality.

Kid Icarus is a Nintendo franchise that deserves to be reborn with a stellar remake bringing it to a whole new audience.

Which classic games would you like to see receive a remake?  Let us know over on Twitter!