BY LEANNE WARNER:  Black: The Fall [tag-line: ‘Freedom is Control’] will soon be celebrating its 2nd birthday after its release in July 2017. It presents itself as a particularly charming 3D side-scrolling puzzle game to the tune of Limbo, Inside, or Oddworld: Abe’s Oddysee.

The game begins with the player not really able to tell who they are, for they are locked in an industrial elevator being transported en-masse like cattle, with dozens of others who look more or less exactly the same, held in place by whatever the red light on their backs might be that keeps them in check. After all, nobody promised that being treated equal meant being treated well. The Ushanka-wearing rebel’s first steps differentiate him from the crowd, who remain standing and staring dead ahead in the elevator. Following his escape the first area, his red light turns white and becomes the universal signal that whoever, or whatever, brandishes a white light is no longer under control which, in this game centred around the communist regime that occupied Romania, is poignant, to say the least. 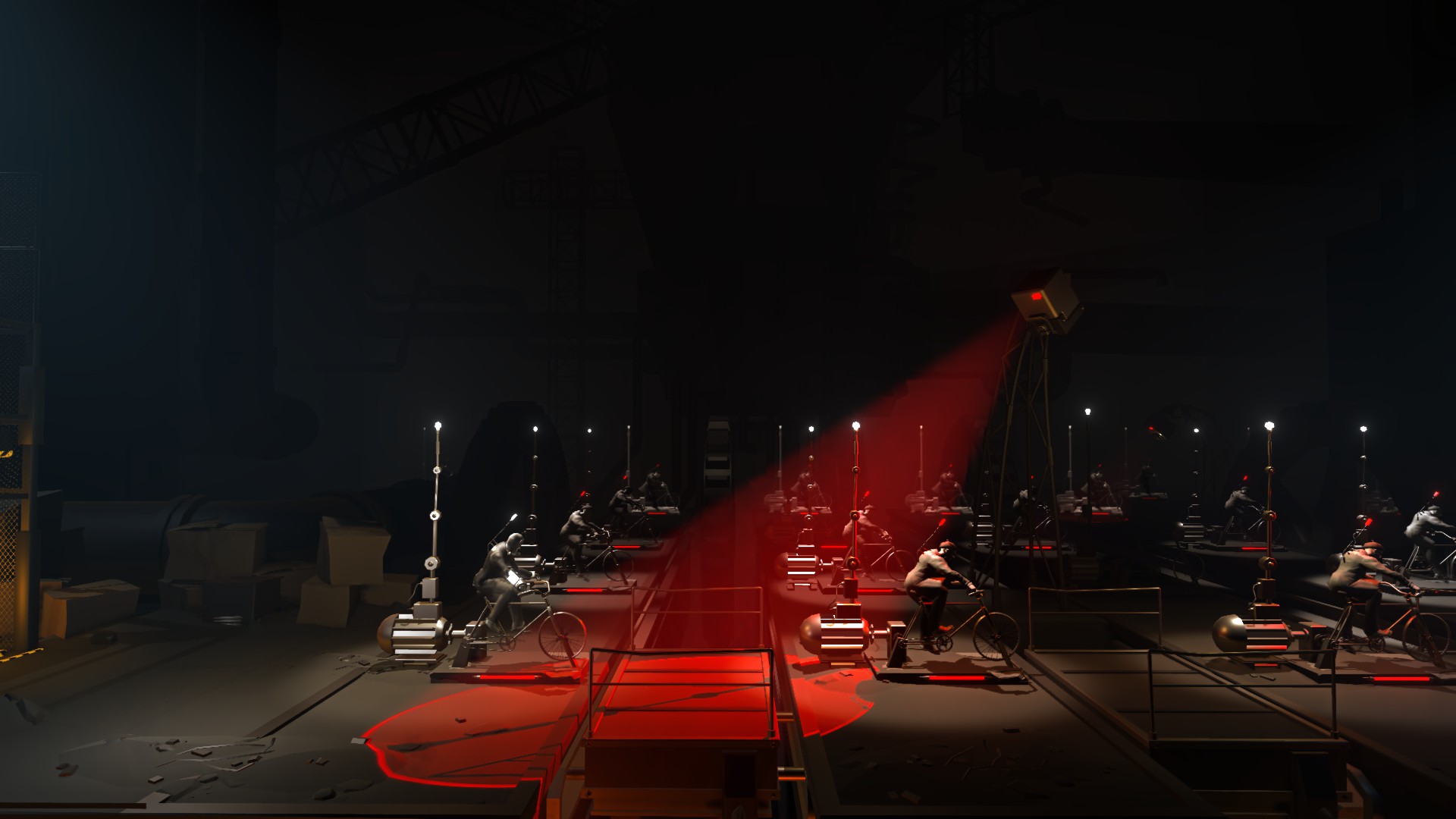 Your first death of the game, which will probably happen in no time at all if you are like myself and don’t take a moment to wonder ‘what’s the worst that could happen if I walk under this red spotlight?’, should serve to give you pause. See, on death, our little comrade will be vaporised into nothing, a puff of smoke that is taken by the wind, each particle never to be seen again – all in the time you can blink. This, therefore, reinforces the quite ominous mantra that if you dare to step out of line, you will be quite literally obliterated. It will be as if you never even existed. Doubtlessly if anyone were to happen to remember you and ask where you went, well, maybe they never existed either.

When the player escapes into the outside world for the first time, the fresh air is little consolation to how the surrounding city is also under heavy occupation. A thick sense of nihilism, nonetheless tinged with a drop of hope, permeates the atmosphere and the one thing to augment that hope is the dog-like robot companion you meet with early on in the game. Endearingly, this little fella scampers around, aiding you on your trails and serving as a jovial reminder that camaraderie can exist without it needing to be enforced by a governing body. 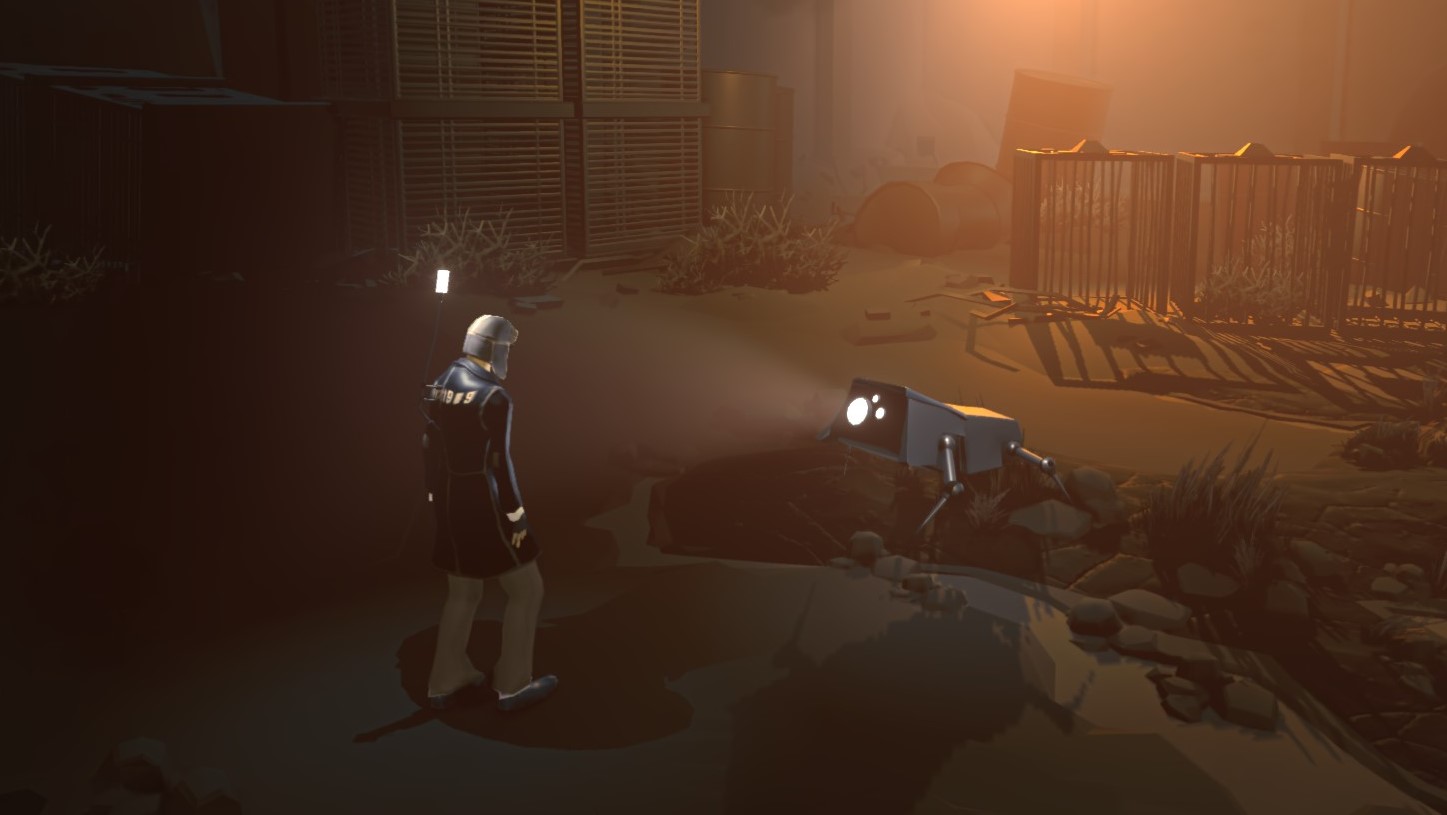 The reason there are many praises to sing about  Black: The Fall is because of the obvious amount of hard work that went into it, for which I hope the creators were compensated in money as opposed to bread. The attention to detail in every scene and backdrop is nothing short of inspiring, the tone is impeccable throughout and the connections the player can make with other human characters, however few, feel real. Sometimes Black: The Fall brings sorrowful sights. An example with staying power may be the silent scene of a man, looking defeated, sadly pushing at an empty child’s swing.

It can be hard to avoid thinking about how we aren’t quite lucky enough to be able to call it a total work of fiction. Certainly people have never, to my knowledge, been controlled via little red lights strapped to their backs, but luckily as imaginative creatures, metaphors are something we can appreciate! The nuance of how such a tender subject is handled is a large part of the reason I can’t help but recommend it ad nauseum. Unfortunately. to discuss the game in depth would mean spoiling a lot of it, which would take away from the full experience, which is not something I would like to be responsible for. 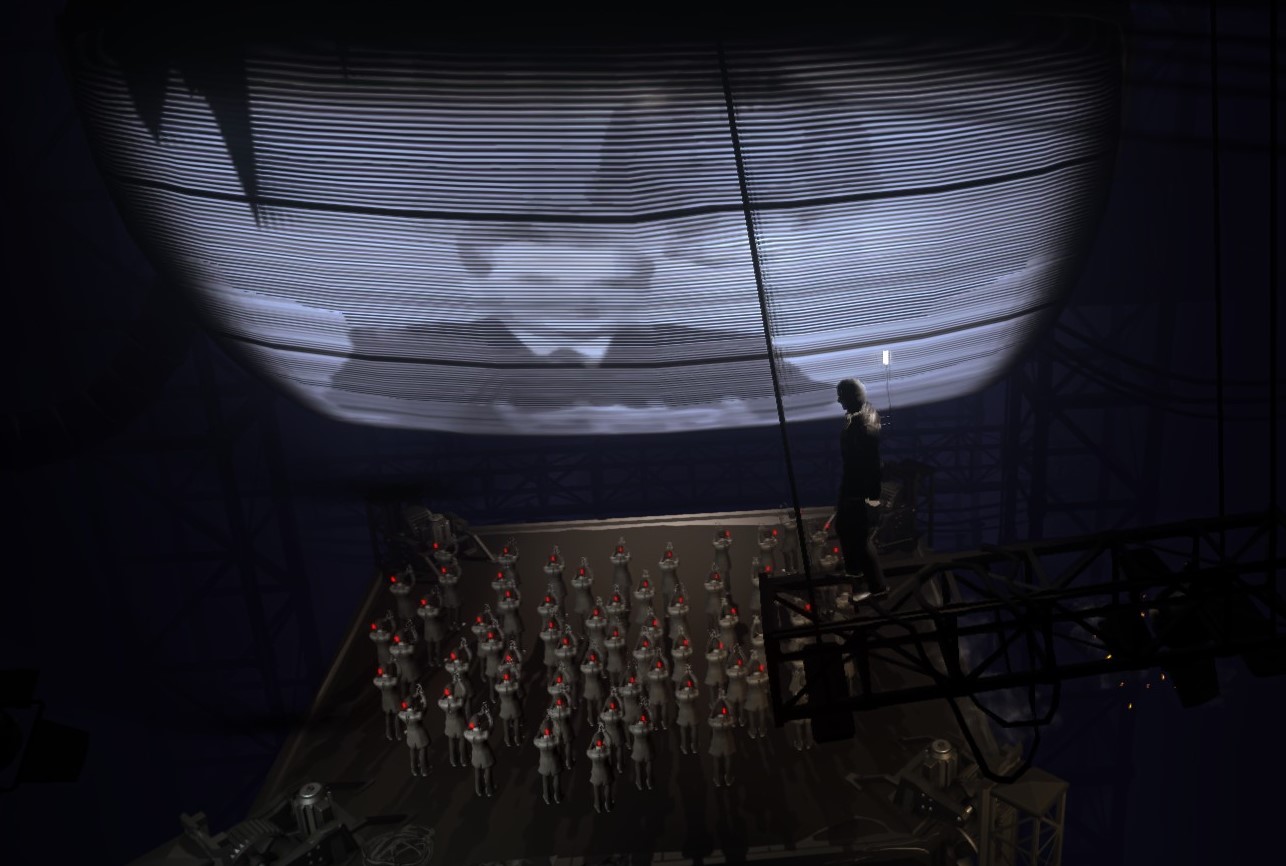 Black: The Fall is a title I happened upon by accident one day while idly browsing the Steam store and once I played it, couldn’t understand how it hadn’t crossed my radar before. While it is developed by an indie studio, it is published by Square Enix and as aforementioned is reminiscent of other very popular games in the same 3D scroller style.

From the character animations to the secrets hidden quite literally under the floorboards to the enjoyable puzzles, Black: The Fall is a fun and thought-provoking experience that, at the compact length of 3-4 hours, doesn’t weigh too heavily on the soul.

For both the individual and the group, Black: The Fall is an exercise in empowerment.