Video gaming is a massive industry that has outpaced even the movie industry in terms of gross profits. However, sometimes, even the most avid gamers want to take a break from their screens and spend time with family or friends in a different way.

That is where our recommended tabletop games come into play! Whether you’re looking for a quick game with friends to kill some time or something longer and more campaign-based, we’ve got you covered with this list of amazing tabletop games! Gloomhaven and its new sequel, Frosthaven, got their starts on Kickstarter. Designed by Isaac Childres and published by Cephalofair Games in 2017, the popular board game features ninety-five unique scenarios to play through! It is a campaign-based game playable by 1-4 players and features a dungeon-crawler style game-play. The story is intriguing and can be played through multiple times with different results. Its new sequel, Frosthaven, was released in March 2020 also via Kickstarter. Each mission takes about an hour or two plus set up time. Don’t put your back out, this box is MASSIVE and weighs 10KG (22LBS)!

The massively popular table-top role-playing-game, Dungeons and Dragons, is not new by any means. It was originally released by TSR in 1974, in 1997 it was taken over by Wizards of the Coast. It has run through multiple editions throughout the years and is now in Fifth Edition. Typically, this game is pen and paper as well as dice and the possibilities of missions and quests are endless. This game is great for video gamers as they may have experienced some of the similar cannon themes found through Dungeons and Dragons Online, Neverwinter and the Baulder’s Gate series. Our list just wouldn’t be complete without D&D! 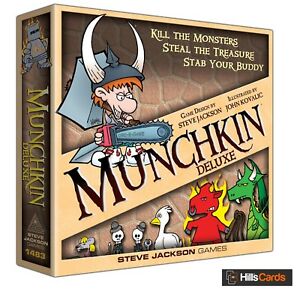 If you’re looking for some laughs with your roleplaying, Munchkin by Steve Jackson Games is definitely one to consider! Munchkin is a roleplaying, dungeon-crawling card game. It spoofs other games in the RPG genre with a lot of tongue-in-cheek jokes such as the “Orc-B-Gone” Chainsaw. This game can be played with 2 people but it is best with at least 3. With plenty of booster packs and versions, Munchkin can be enjoyed by a variety of different gamers and fandoms. 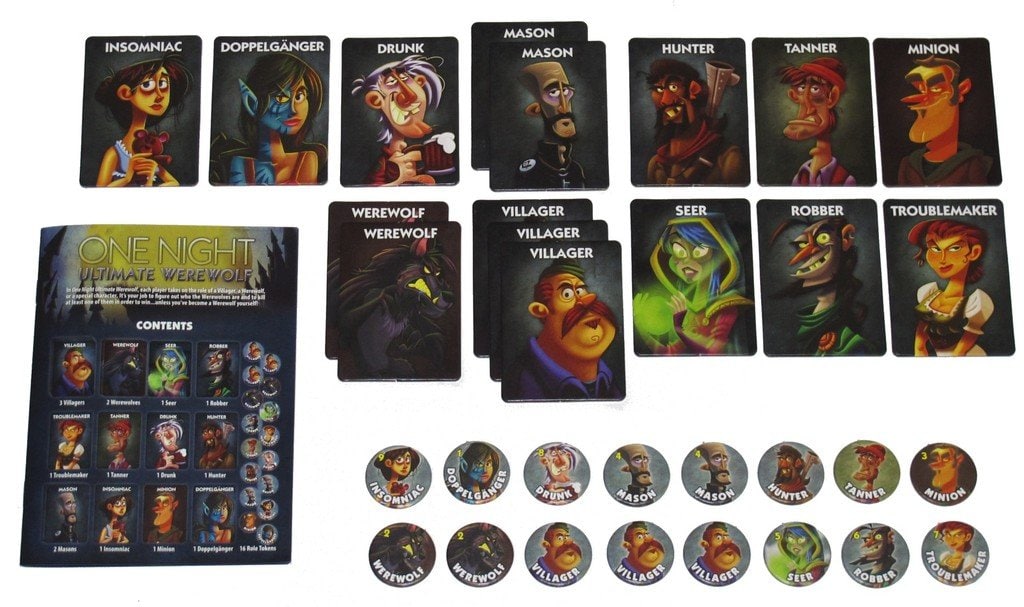 One Night Ultimate Werewolf, created by Ted Alspach and Akihisha Okui, published by Bezier Games, came out in 2013. This is a fast-paced game designed for 3-10 players who each take on a character with a special ability. It is a game of deception and strategy and each game takes approximately 10 minutes to play. If you’re looking for a quick gaming fix or a fun party game, this may be the one for you!

Civilization: The Board Game

Sid Meier’s Civilization: The Board Game is a 2010 release by Kevil Wilson based upon the series of games by the same name and published by Fantasy Flight Games. It can be played with 2-4 players and is a game of tactics and strategy, much like it’s video game counterparts. The goal? Global domination in one of the many categories! 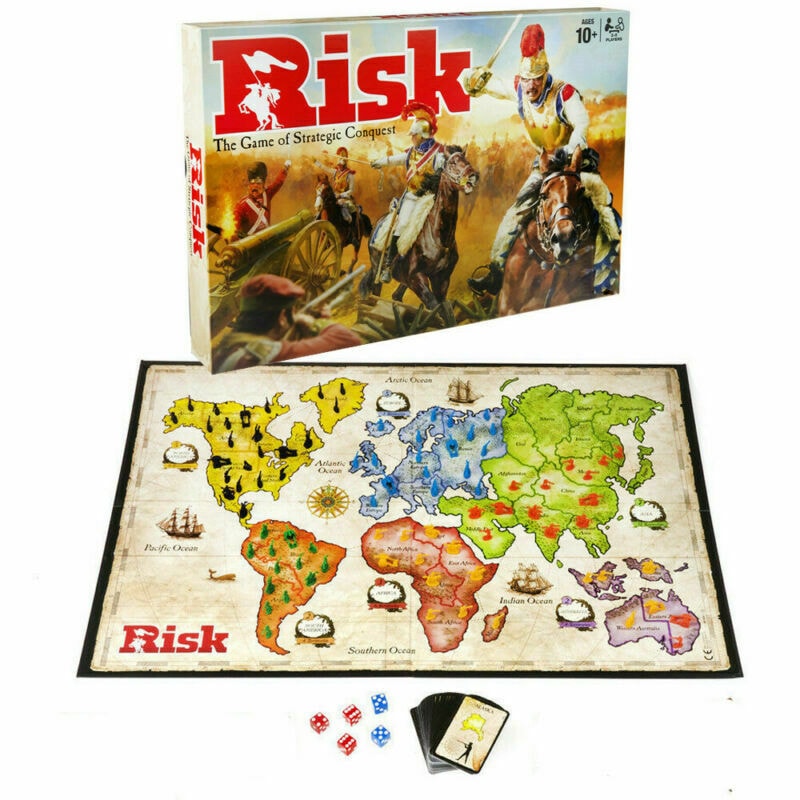 Another game of global domination, though more focused on warfare is Risk. This classic board game came out originally in 1957 and has had many a rendition after that such as Risk: 2021 and various fandom-based versions as well. This game is for 2-6 players and can take anywhere from one to a staggering eight hours! If you’re looking for something to keep you and some friends busy for hours, this is the one for you! 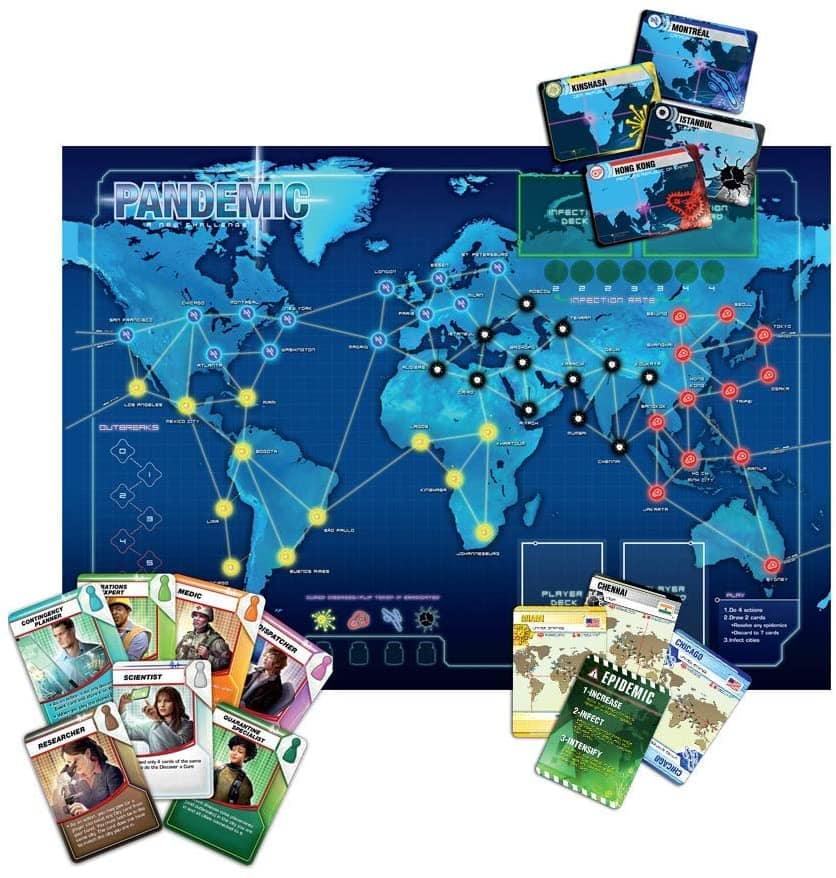 Looking to work together as opposed to against each other? Pandemic is a co-op board game designed by Matt Leacock and originally published by Z-Man Games in 2008. Step into an approximately 45 min game with 2-4 players (or up to 6 using the expansions) and try to save the world from four diseases that have broken out and threaten humanity as we know it! Work as a team to find the cures, but do it quickly, time is running out!