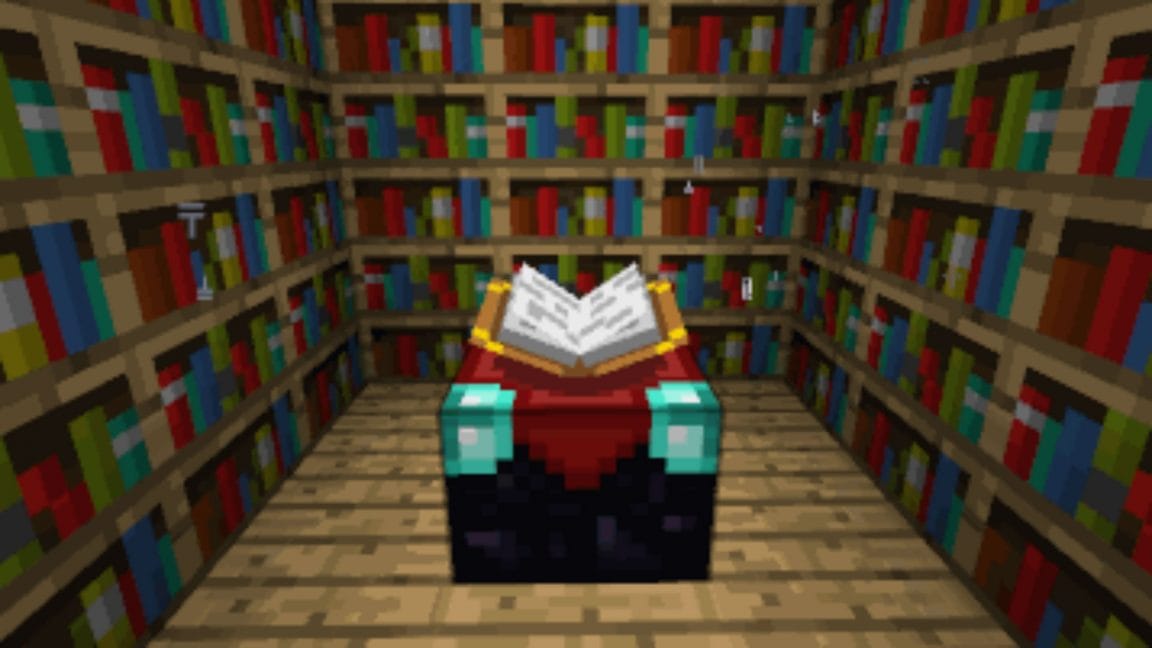 One of Minecraft’s lesser-used features is enchanting. While the game builds its reputation around building and mining, of course, the use of enchantments aids players in the game’s combat system, exploration, and tool use. In short, enchantments can make the game a lot more pleasant, without having to worry about small details like tool wear and tear and fall damage.

The enchantment system in Minecraft requires four basic things. Firstly, an enchantment table is required which allows players to access the enchantment menu. This table requires some rare resources which are hard to find in the early game, making enchantment a mid-to-late game feature.

Diamonds, obsidian blocks and a book are the ingredients for an enchantment table. After which, a player needs to build bookshelves as these increase the level of an enchantment table. To reach the maximum level, players should surround the table with 15 bookshelves. Next, enchantment requires Lapis Lazuli, the blue ore that can be found below Y Level 32 is the fuel source for enchantment. Finally, enchantments consume experience points that are obtained from combat, mining, and animal husbandry. 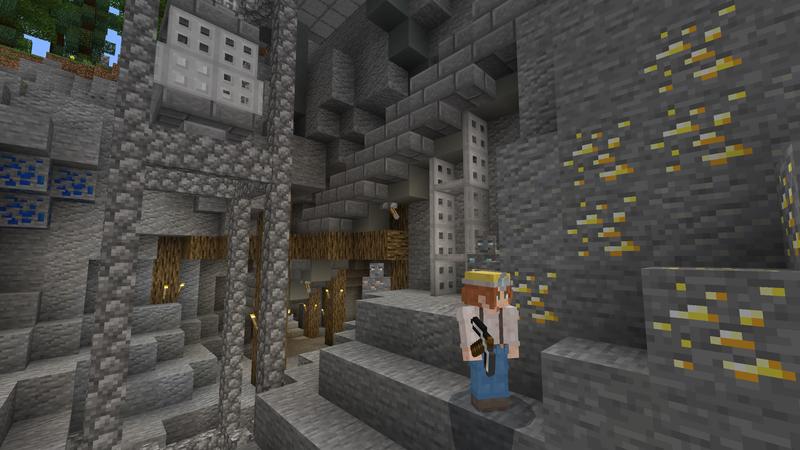 Minecraft is filled with numerous enchantments that can be placed on different items. Some of these enchantments can only be found on certain items, while others are available for every enchantable item in the game. Here are the ten must-have enchantments for the various items in the game, to make the game just a bit easier during the later stages.

Fortune is arguably the best enchantment in the game. It can be assigned to any pickaxe, shovel, or axe to allow for more drops when mining. This means that when a player mines an ore block, there will be a chance of receiving more than the default amount of drop from that block. While this may seem unnecessary in the early game or for ores like Redstone and coal that already give players multiple drops, for diamonds it is extremely useful. Diamonds are hard to come by, so to make the most of every opportunity, it is vital to mine diamonds using the Fortune enchantment. The Fortune enchantment has levels from I to III, with each increase nearly doubling the chance of extra drops. With Fortune III assigned, each diamond block will drop anywhere between 1 to 4 diamonds, greatly increasing the output of a long mining session.

Mending is an enchantment that can not be found on the enchantment table. To find a mending enchantment, players must acquire a book with a mending enchantment and then use an anvil to add the enchantment onto an item. This enchantment basically recovers an item’s durability in exchange for experience. This is extremely useful for expensive items, like diamond tools and armor, and elytra since it is difficult to obtain the resources to fix these tools when they are near to breaking. The Mending tool can be found in villager trades or even as a rare drop from fishing.

An alternative to Mending would be Unbreaking. Available in levels I to III, unbreaking increases the overall durability of an item or armor piece. It is much more accessible than Mending but does not offer the continued healing aspect that Mending provides. So, this enchantment is a better mid-game enchantment that can be used on items that are easier to craft like armor sets. Unbreaking is an enchantment that can usually be found in each of the enchantment tiers and even the primary level is a great enchantment as it saves a lot of time and resources.

Efficiency increases the speed at which tools mine blocks. This enchantment is thus limited to the mining tools – pickaxes, axes, and shovels. The efficiency levels go from I to V, and with each increase in level, the amount of time it takes to mine a block is greatly reduced. With the highest level of efficiency, diamond pickaxes can instantly mine out blocks.

Efficiency is a good enchantment by itself, however, when it is paired with Unbreaking, it creates great mining tools. The downside of this enchantment is that it does not increase durability, and since durability in Minecraft is calculated on the total number of blocks mined, the enchantment leads to items breaking much faster (remember that blocks are broken faster as well, so this is merely a time issue, not an amount of block reduction). 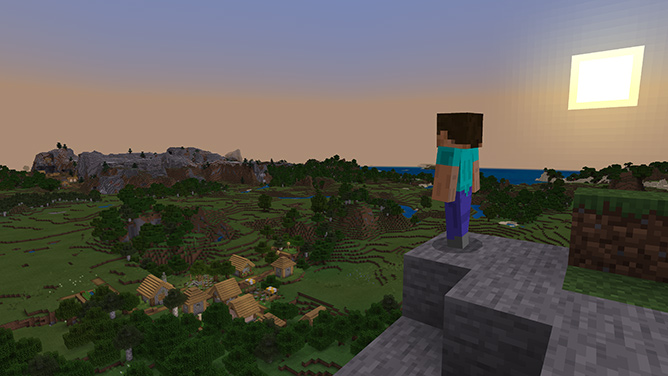 One of the essential enchantments for the bow, the infinity enchantment gives the player an infinite number of arrows so long as at least one arrow is in the player’s inventory. Arrows are hard to come by. They either require a lot of flint and a large chicken farm, or a skeleton spawner farm. Both things can be extremely time consuming, and while it is still a good idea to have a skeleton spawner farm, an infinity enchantment is something that should not be overlooked. Especially in the Nether and during the Ender Dragon fight, the infinite arrows come in handy. This enchantment has only a single level and is only found in the third-tier enchantments.

In the absence of Fortune, silk touch can be an extremely useful enchantment. The enchantment allows players to mine ore blocks and keep the drops as the block itself rather than the ore. This means that a diamond block mined with silk touch would drop a diamond block, not a diamond itself. This has many great uses. For one, it ensures that the player can mine the ore later using a fortune item if they do not have one. It also allows the use of Ender Chests, which require a silk touch pickaxe to pick up with all the items still inside. While not as useful as fortune or unbreaking, silk touch has its uses in making the game a little easier when it comes to collecting ores. It is important to note that Silk Touch and Fortune cannot be applied to the same item. If a player uses a command to assign both enchantments, silk touch will take precedence over fortune.

Protection is a must-have enchantment during the later stages of the game. It increases the protection that armor offers making the piece of armor more reliable. In later stages of Minecraft, when players are up against Ghasts and Ender men, the extra damage resistance offered by the protection enchantment goes a long way. This increases the likelihood of surviving in the harsher areas of the game like the Nether and the End. It also makes battling the bosses in Minecraft a bit easier since applying this enchantment to each piece of armor can significantly boost the armor rating.

While protection increases the overall rating of the armor. Fire protection increases the durability against fire damage. This is especially useful in the Nether where one wrong step could send the player hurdling into an ocean of lava. Fire protection may not save your life if you fall in the middle of a lava ocean, but it will give you a few extra seconds to find a way to get out. It is also especially useful against Ghasts that spit out fireballs at the player and the impact can leave fire all around. Unfortunately, this enchantment cannot be used with protection, but it is worth having an extra set of fire protection armor while exploring the nether.

Looting is an enchantment that can be applied to swords and increases the drop rate of items from killed mobs. This includes hostile mobs like skeletons and creepers as well as passive ones like sheep and cows. This makes looting extremely useful while farming for resources. When a level III looting is applied, the highest level possible, the drops can double or triple in amount, and will increase the chance of any rare drops. Think of looting as the weapon equivalent of fortune. This enchantment is vital for any late-game progression as it ensures that mob farms work efficiently.

Knockback is a great early to mid-game and is especially useful when fighting creepers. Creepers are known to be some of the hardest enemies in Minecraft as they often explode and kill players, leaving large craters in the process. To deal with creepers, players can use knockback which sends any mob hit farther back than a regular hit.

This helps ensure that creepers move far enough to where they will not explode and rather will start moving back towards the player where this process can be repeated. While there are other ways to ensure this without having this enchantment, like sprinting and hitting, knockback is also great when players come up against herds of hostile mobs as it can increase the decrease between the player the large herd.

There are a few other enchantments that also deserve a mention, they are:

Each of these enchantments has their own unique ability that can aid the average Minecraft player in their journey to defeat the dragon or create the best house. While players can complete the game’s numerous challenges with no enchantments at all, it is an important part of the game when trying to get a leg up against some of the enemies or to reduce the amount of time spent in the mines.