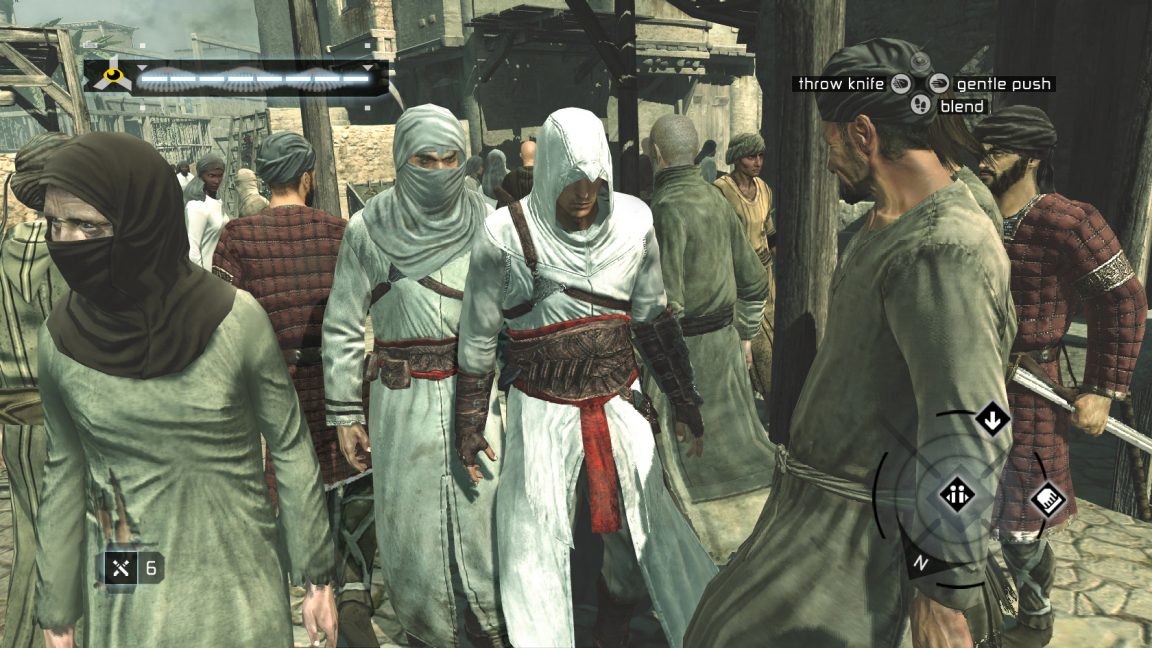 BY BEHNAM NAVIDI: The game that changed the meaning of assassination for many and influenced the gaming industry for years to come: Assassin’s Creed I.

Back in 2009, when Ubisoft played the trailer for their new title, everyone was left with so much excitement. An open world where you could be your inner hooded Assassin! During the crusader war, you play the role of Altair Ibn La’ahad. Tasked by their mentor, Altair is set out to kill the heads of crusader war and protect a secret so dangerous that it could control and influence human minds. That was the iconic apple of Eden, which Ubisoft has endured to keep relevant in the Assassin’s Creed series. Although, in my opinion, they could have done much better with that storyline in the next series. 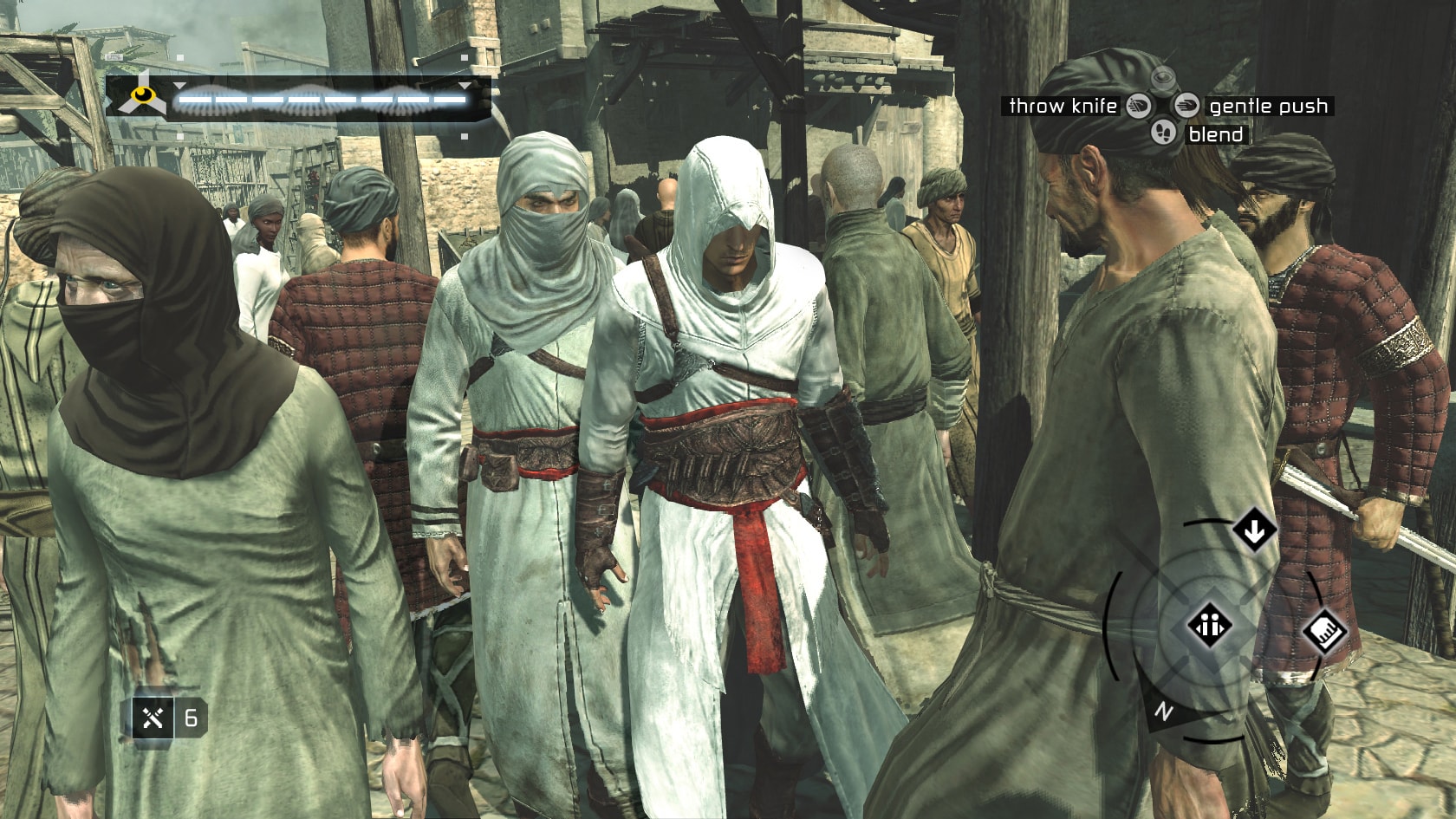 Assassins are introduced as a group fighting for peace in all things, and they have established themselves a powerful home at Masyaf castle. They follow their creed very seriously: Nothing is true, everything is permitted.

There are many fighting mechanics in the game. You can choose to fight using your sword, which is the most common way to do combat. Waiting for the opponent to attack and make a counter-attack is very easy while fighting with the sword. You can also choose to fight with your hidden blade, which is the deadliest weapon if you are going to kill your target stealthily. There are also little knives you can throw at your enemies at a distance and avoid detection, especially from the soldiers on rooftops. 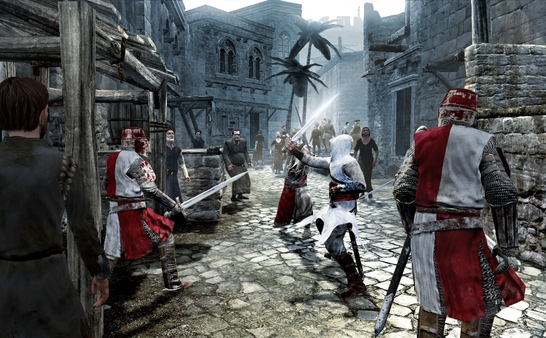 That brings us to the coolest part of the game. You can climb walls and jump on rooftops in the city like a real assassin and reach your destination faster. There are ladders around town, but if not, Altair’s skills have you covered. Some features aren’t available in the first game, including swimming or assassination from the height. But that does not reduce the fun in playing Assassin’s Creed at all! The game is set in different cities like Masyaf, Acre, Damascus, and Jerusalem. Each town has a villain, who is a part of a secret organization called Templars, enemies to the assassins. The attention to detail and implementation of the old cities and their architecture is brilliant. Sometimes you might find trouble entering the city. Still, you can help save a civilian in need, and they will help you enter the town hiding among a group of people. Or you can kill your way into the city. Once you are inside you can find a very high building and climb on top of it to look around and get to know the city. That is called viewpoint, and after you have synchronized with it, you can jump from there into a haystack without breaking a sweat! It’s called Leap of Faith. 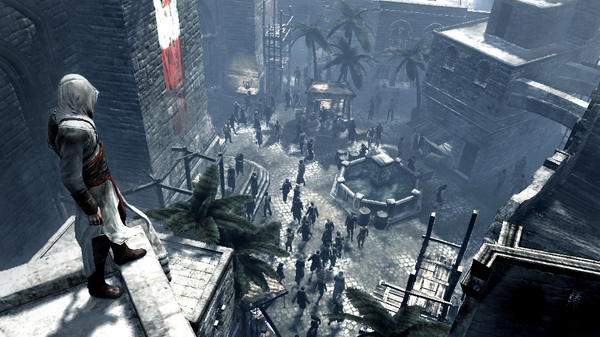 There are also some members of the Brotherhood that are willing to share what they’ve learned with you if you help them with their tasks. Once you have enough information, the bureau’s agent will give you a feather, and you will need to paint it red with the blood of the target as a confirmation of your kill. The game is full of fascinating stories, but the gameplay can be very repetitive as you need to do almost the same things for every target. Another thing worth mentioning about the game is the brilliant audio and songs which play at key moments in your gameplay. In addition, game colors will give you a great vibe to walk inside old cities or ride horses on the roads.

With the game’s positive and negative points mentioned, I would personally say it is very much worth it to play Assassin’s Creed 1. Or if you have played it before, why not replay it? It will not disappoint you!