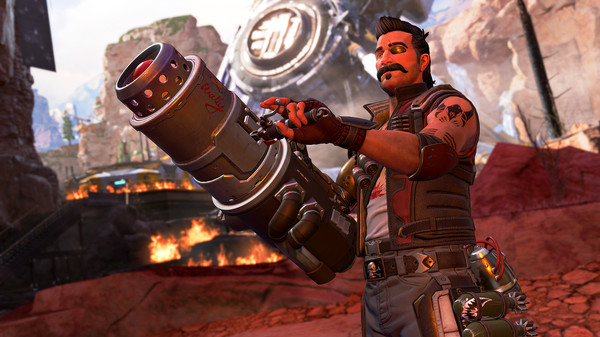 A new season of Apex Legends has arrived, and with it a plethora of changes and additions to make the game even more enjoyable. Last season we saw the introduction of Horizon, the Volt SMG and Olympus. This season, we get another new legend, a new gun, and a change to a fan-favorite map. On top of this, Respawn have made some minor and major tweaks to existing guns and characters after spewing through the comments provided by the community over last season.

With all these changes, Apex Legends Season 8 promises to be a season that will surely delight old and new players alike.  If you haven’t played Apex Legends yet, now is the perfect time to start.

Here are all of the changes that came with season 8:

As they have done with every season, Respawn have introduced another new legend to the Apex games arena, Fuse. Hailing from the planet Salvo, Fuse is deemed as a grenadier and has a comical personality, potentially challenging that of Mirage. Fuse seems to be an explosives expert with all his abilities relating to explosives of some kind. His passive, for example, allows him to stack an extra grenade per inventory slot, as well as throw grenades farther and faster. His tactical ability, called Knuckle Cluster launches a bomb that then erupts into a series of continuous explosions. This is one of the best tactical abilities in the game as it can be a hassle to deal with and can often disorient some players. The explosive can also be stuck onto a player to ensure that they are constantly damaged. Finally, his Ultimate ability is known as the Motherlode. It is a large rocket that encircles the selected area in a wall of fire. When players pass through the fire, they take damage while slowing them down significantly, allowing this ability to be used as both an excellent defensive wall and a frustrating offensive barrage.

All in all, Fuse is one of the better legends in the game. His abilities are extremely useful, and personality and backstory are fascinating to any lore-nut.

The 30-30 Repeater is a new heavy gun that also hails from Salvo. It is a unique rifle that combines some of the qualities of existing guns. It is great at close quarters as well as a distance, serving almost as a secondary option for any Hemlock players. It has a sort of charge up phase while aiming down the sights, like the Peacekeeper or the Triple Take, for a slight increase in damage. While the reload time is slow, it functions like the Mastiff where each bullet is reloaded one at a time. This unique reload method allows players to load one bullet and immediately take a shot, allowing the players to keep constant pressure on enemies.

The weapon itself has a very vintage feel. From the looks to the Western style sound the bullets make when the fired, the gun was clearly designed to be a direct contrast to the futuristic weapons of Apex Legends. The power within the gun will most likely lead to a nerf soon, however, the outstanding design, damage and reload method make this one of the best guns in the game.

Everybody’s favorite map, King’s Canyon, is back. The map has once again been destroyed, this time on a scale much larger than the previous update. The destruction has allowed for several new locations to rise and Respawn has stated that the addition of these new locations was to prevent the excessive amounts of third-party fights that was the major problem of King’s Canyon in the past. 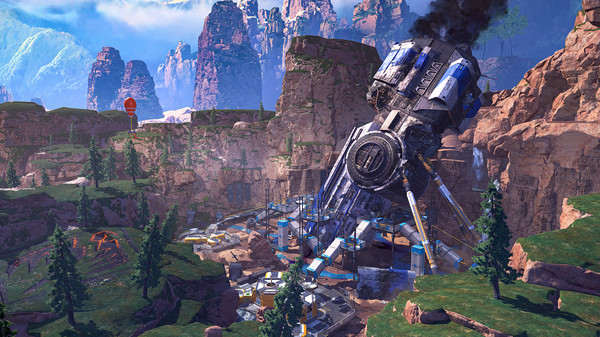 Unfortunately, that has not gone exactly to plan. While there are fewer third-party encounters, there are still plenty of instances where players will have to fight team after team as players try and acclimate themselves to the new map. However, in the coming weeks, as players get a better grasp of the map, this will change.

King’s Canyon has several location changes with places like Slums being completely overhauled and with new additions like Observation Towers, the map offers a good mix of high-ground cover and low-ground action throughout.

There were four significant item changes, two introductions and two removals, in the game this season. Firstly, Gold Extended magazines were introduced as the highest tier extended mags available for all guns, barring shotguns of course. This new magazine is basically a purple extended mag; however, it allows the gun to automatically reload when not equipped which can be extremely useful in a fight. The second new item introduction was the reintroduction of the anvil receiver hop-up for the R-301 and the Flatline that boosts the single-shot firing mode in damage and speed. The gold barrel stabilizer was removed from the game this season making the purple barrel the highest tier stabilizer Finally, the double-tap trigger hop-up was removed from the game.

These changes are all extremely useful. For starters, the auto reloads aids guns like the R-99 and the spitfire as they either have a quick discharge which would require a weapon switch or a long reload time. The stabilizer removal was a welcome change since there was never that much of a difference between purple and gold stabilizers to begin with. The double-tap trigger was never a fan favorite. It made the G7’s fire rate much too slow and while it was useful on the EVA-8, the gun received a slight buff that would have overpowered the hop-up.

Going back to new additions to the map, explosive holds were added to the game. These are small armories that are scattered around King’s Canyon that hold high-tier loot, ammo, and weapons. To open these containers a grenade of some kind is required. This is ideal for Fuse since he can stack grenades, and while it is nothing compared to the loot bunkers in World’s Edge, these small holds can make the difference in a tight situation. They also serve as a small cover points, however, it would be rather easy to get pinned inside of one so the players should remain cautious.

There were several other changes to existing legends this season. A few of the legends were given significant nerfs while some had buffs assigned to their abilities. The full list is available in the patch notes of the season but here is the rundown. 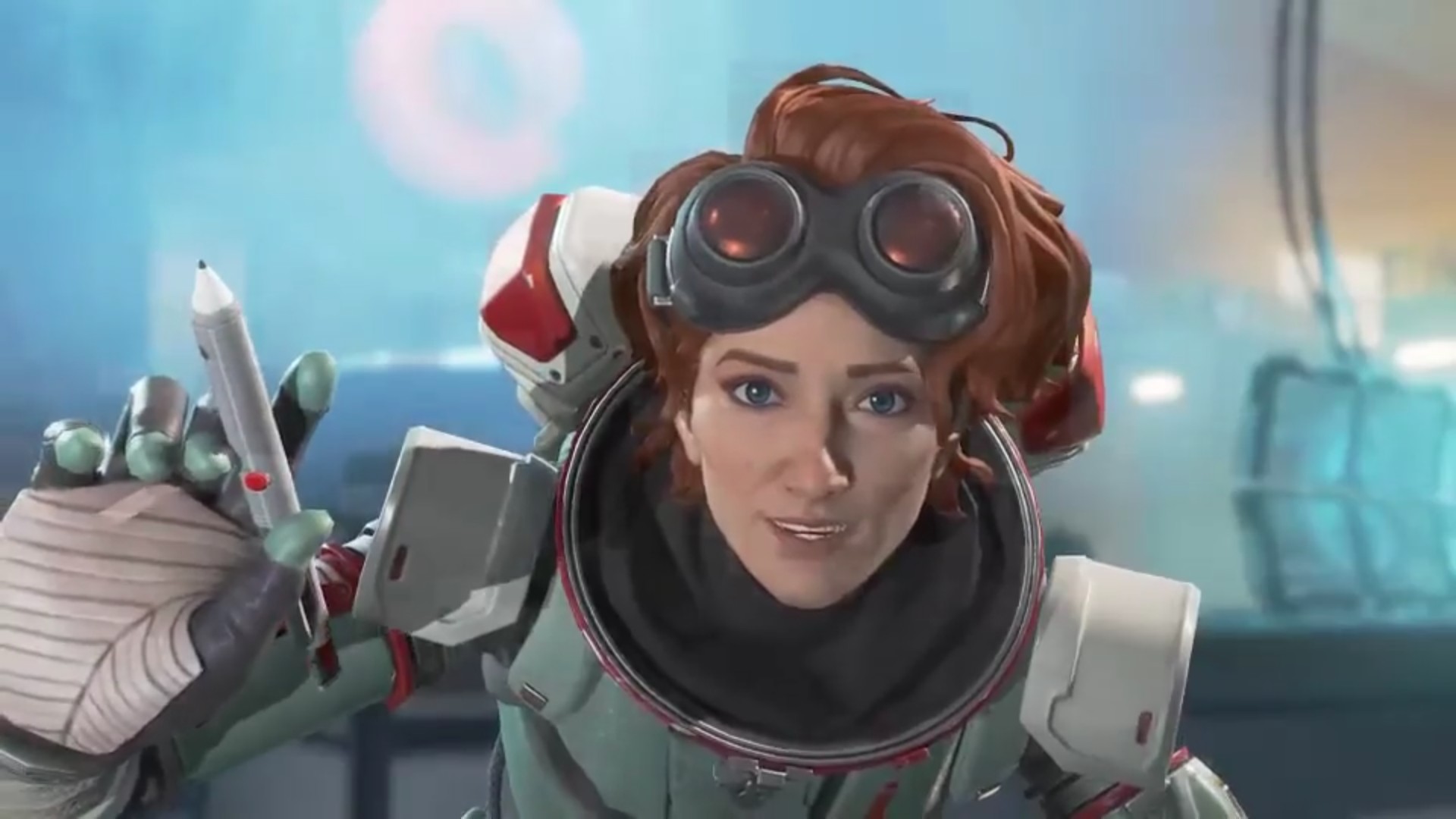 Wraith was nerfed in terms of a bigger hitbox being given to the legend to make her slightly easier to hit. Rampart’s ultimate and tactical abilities both got a major boost, making her a stronger legend now. Horizon received a small nerf in terms of an increased cooldown time for her tactical ability, this does not change the fact that she is still one of the best legends. New ways to use Octane’s Launchpad was added that allows players to experience a different jump depending on how they step onto the pad. Crypto, Loba, Caustic and Mirage all got bug fixes making playing these characters slightly better or, in the case of Crypto, a bit more challenging.

Along with Legend changes, there were also several changes to the weapons. A few of the weapons were nerfed in terms of reload speed and damage, while some guns got a well-deserved buff as they had fallen out of favor with many of the players. Again, the full list can be found in the patch notes.

The fully kitted weapons have been changed. Now players can find the R-301, 30-30 Repeater, Mozambique, Longbow DMR and the Spitfire as the fully kitted weapons. The Legendary guns remain the same. As mentioned earlier, the Gold stabilizer and the double-tap trigger hop-up were removed while the new Gold Extended mags and the old Anvil Receiver were added to the game. The Volt got a slight nerf in damage. It was one of the most popular games last season, however, even with this small nerf it remains as one of the best guns in the game, especially with that new golden extended mag. The Alternator, which had fallen out of favor, got a damage buff. The EVA-8, as mentioned earlier, got a fire-rate buff. The Spitfire had a lot of changes, a damage buff, a reload speed nerf and an empty reload speed nerf.

With all these changes to the game, Season 8 of Apex Legends is looking to become one of the most explosive seasons in recent memory. The new Legend is fantastic to use, the new gun is a dream to handle, the reintroduction of the old map is a welcome addition and the changes to the existing legends and weapons balances the game out a bit more.

There is no better time to start playing this fabulous Battle Royale game with a new battle pass and a reset to the Rankings allowing new players to have the opportunity of starting on par with some of the more experienced players. One thing is for sure, this season is going to be a blast to play.