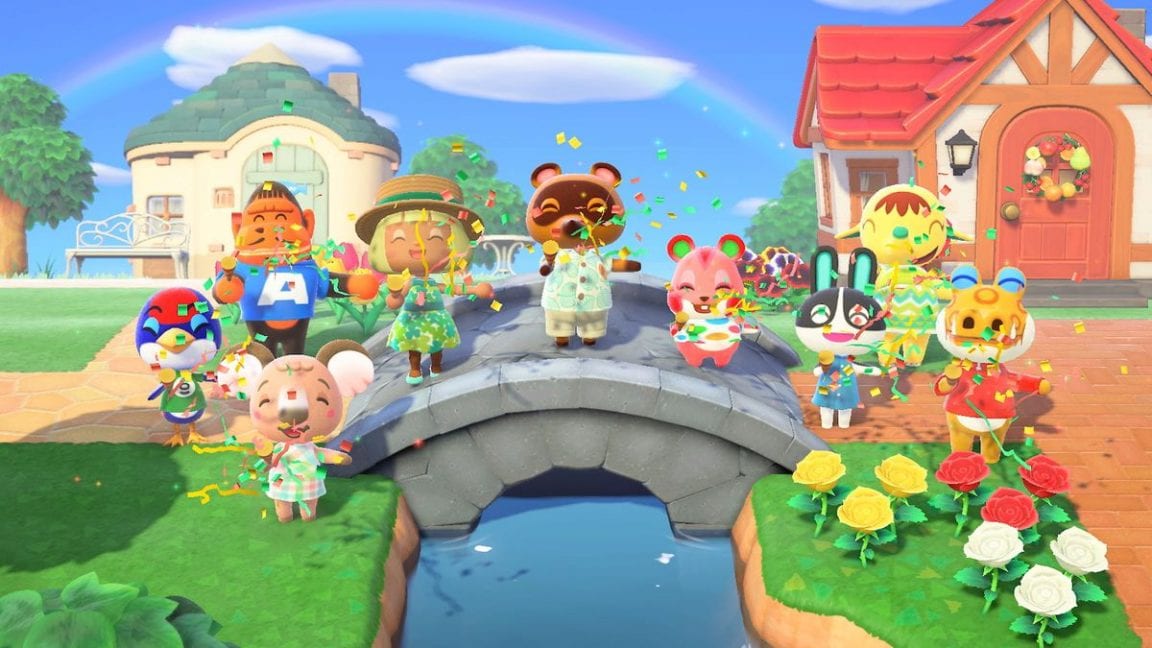 It’s no secret that Animal Crossing: New Horizons has been something of a phenomenon, dominating online conversation and giving those trapped inside a chance to breathe some (virtual) island air.

One of the many reasons behind this is its appeal to “non-gamers”. I know half a dozen or so people who have picked up a Switch exclusively to set up their own little island, having had little to no experience of gaming before. My partner, a definite “non-gamer”, is one of them – managing to grab a Switch Lite before they became an endangered species. Now, 150+ hours later, the daily trips to her island are becoming more and more infrequent.

Here five Nintendo Switch games that I recommend to all new gamers who have been introduced to video games by Animal Crossing: New Horizons:

Look, frankly, I’m just getting this one out of the way. Everyone loves Mario Kart. Even if they’ve not really played games before, they’ve probably played a version of this. It’s welcoming, can be played with friends and a great skill-leveller. It’s an absolute no-brainer of a purchase, for gaming addicts and newer gamers alike. It’s why so many bundles come wrapped with this joy-and-anger in a cart. It’s also likely that they’ll know someone else with it, so it’s a great (if a little outdated…) introduction to online multiplayer. 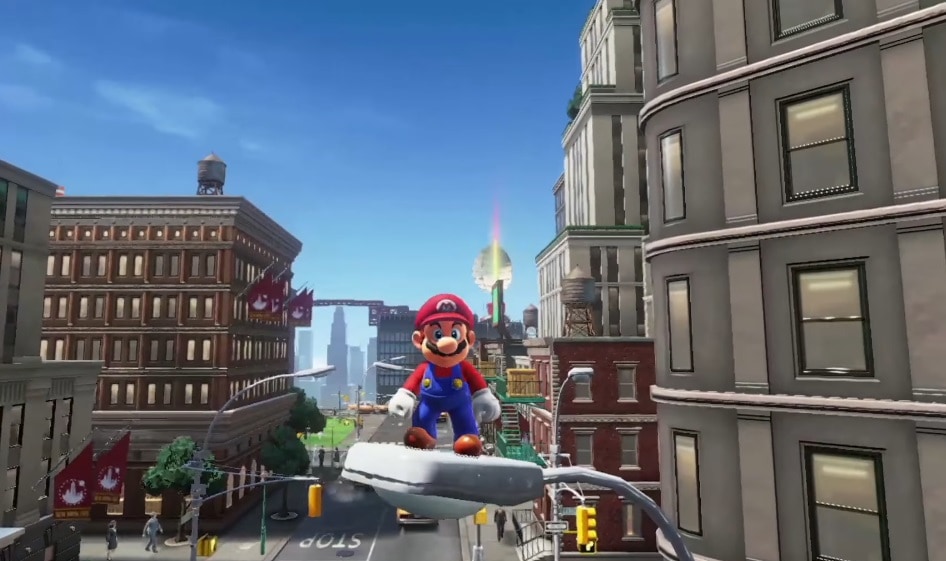 The Switch has a large array of 10/10 “masterpieces” – but for me Super Mario Odyssey is the only one that would be fitting for newer gamers. It’s essentially as complex as you want it to be. It’s incredibly welcoming, filled with joy and a good advert of what gaming can be. Here is a fun hat-based-possession mechanic, let’s see how far we can push it. Importantly it also has twin-stick controls, something that – as a gamer – it can be easy to forget is pretty confusing to the uninitiated. But with a gentle introduction, clear tutorials, and a relatively easy main-story Mario Odyssey is a fantastic way to introduce someone to this omnipresent control mechanism. For younger gamers it also has an “easy mode” – clearly dictating your path and making everything just that bit more straightforward. As with Mario Kart it’s also something that can be played together – introducing your favourite person to your favourite hobby is even better when you can be playing right alongside them.

I mean – it’s also absolutely gorgeous, mesmerising and joy-incarnate. But, that’s a side point.

Yes, yes – another Mario game. But hey, it’s the Switch – what were you expecting? Also, this is developed by Ubisoft, so I think I can get away with it. Kingdom Battle is a great game for newer gamers for a few reasons. Firstly, it’s a charming introduction to the turn-based combat genre. If they play and like this, then there are a huge array of “tactics” games out there for them to enjoy. As with the other games on this list, it’s also very welcoming and teaches you the basics while still being a lot of fun. It’s the “non-serious” member of this genre, a friendly introduction into what can be a pretty tough area of gaming. It also contains some rudimentary RPG levelling aspects, which will open up a whole other world of gaming to the newly initiated. The only downside is, despite its fluffy exterior, it can get pretty tough as you approach the end-game. That aside, it is a colourful, friendly and pretty deep introduction to levelling up and turn-based combat. A key purchase for new and experienced gamers alike.

Many new gamers will have preconceptions of what gaming is. They’ll know Mario or Call of Duty, shooting or jumping, and that’s pretty much it. Baba Is You is a reminder of the flexibility of gaming. As a puzzle game where you make the rules, it can flip some of these preconceptions on their head. Baba Is You is one of those unique experiences you can only really get from video games, giving you the power to change the rules to complete your goal. It also, as its core, is a puzzle game so in turn opens up a genre which is particularly healthy on the Switch.

If enjoyed (and frankly who wouldn’t) as well as puzzle games it’s also an introduction to the “indie” scene. A huge, and diverse, range of cheap games awaits those ready to dip their toe in this frankly excellent pool. 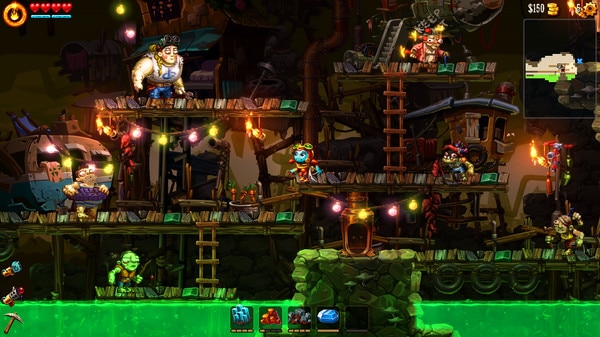 Look, I love the SteamWorld series, so one was always going to pop up on this list. While my personal favourite, SteamWorld Heist, might be a bit daunting to the new gamer I think SteamWorld Dig 2 would be perfect. The controls are relatively simple (dig, fight, explore), but it gently introduces quite a few mechanics found throughout gaming. The RPG elements as Dorothy upgrades her equipment, and the Metroidvania “explore – upgrade – expand” loop are mainstays in AAA and indie games alike. It packs an addictive little adventure in around 10 hours, so along with teaching these gaming pillars it provides a real sense of progress and linear achievement not really found in Animal Crossing. It also is beautiful, charming and pretty funny. 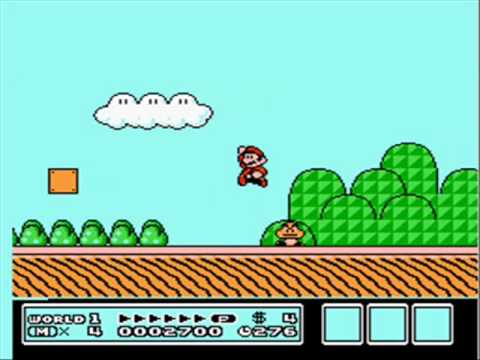 I know I said five, but this one isn’t really a game – it’s dozens of them. If they go for Mario Kart, then the online subscription is an obvious addition to be able to play with friends. Yes, it’s a very outdated way to play online games. And yes, the NES and SNES library are no virtual console. But those libraries contain some of the best games ever made. Super Mario Bros 3 is worth the price of admission alone, and with an array of stone-cold Ninty classics you can’t go far wrong with a little retro introduction. Some have aged better than others, and some are definitely unwelcoming, but there is enough to dabble with here to provide both a new gaming introduction and a bit of a history lesson to the novice gamer.

There you have it, my top 5 (ish). I’m sure I’ve missed off quite a few, but those are the games in the Switch library that jump out to me as both fun and accessible.

If you have a friend, partner or child just getting into gaming through Animal Crossing, what would your picks be?