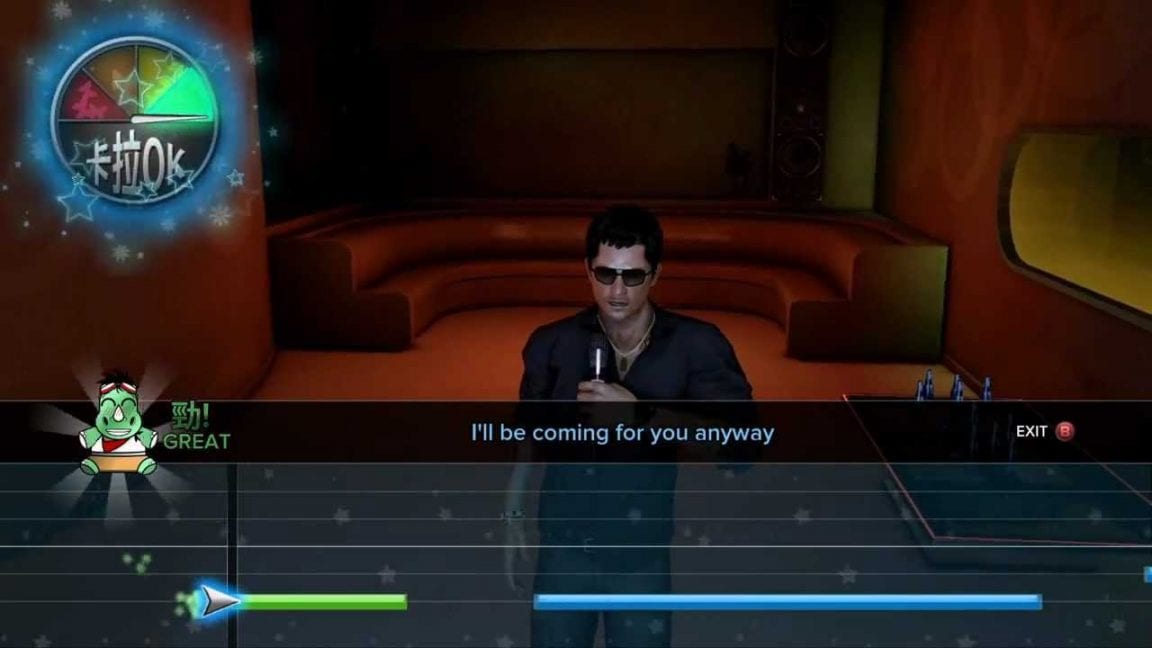 Soundtracks are as important as graphics and gameplay for video games.  A good soundtrack can set the tone for a game.  It helps with immersion, it can build (and relieve) tension, and can get the adrenaline pumping whether the player is down to a slither of health against the final boss or neck-and-neck with their rival rounding the last corner of the final lap.

Whether exploring the long-abandoned burial ruins of a long-forgotten civilization or emptying the magazine of a machine gun the size of an average adult human, the right music and the right time can have a profound effect on a player’s experience.

We asked Grown Gaming’s team of adult gamers which games they thought had the best soundtrack.  These were their responses:

My favourite video game soundtrack would have to be Sonic the Hedgehog 2. Is that nostalgia speaking? Most likely. 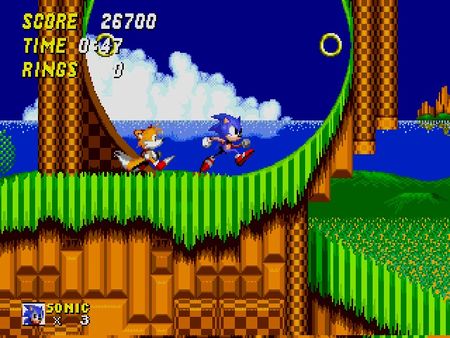 The intro soundtrack was cool, the options screen was…meh…and the stage select screen was pretty awesome. But, the real magic was in the soundtracks for Sonic 2’s stages. Every stage, from the Emerald Hill Zone to Chemical Plant Zone, to the Hill Top Zone (my personal favourite), had wildly different music, often influenced by different genres of music. Sonic 2 has so many amazing tunes that it would have been a crime had they been forgotten. Fortunately, many of Sonic’s stages and their music have been revamped and reimagined in subsequent releases. The only reason I haven’t given the crown to Sonic 1 is, well, I didn’t have Sonic 1.

It should be acknowledged that this was an extremely difficult question to answer. Video game soundtracks and sound design in general has come a long, long way over the past few decades, with the audio that we gamers are treated with often challenging those in Hollywood blockbusters. But, that doesn’t take away from Sonic 2’s retro charm.

I feel like this is a very difficult one, though… There are so many games which have brilliant soundtracks, so it would be quite impossible to pick just one. Therefore, for me, I would have to go with what mood I am in that moment. I recently watched a playthrough of Beyond: Two Souls, and I was blown away by its soundtrack. 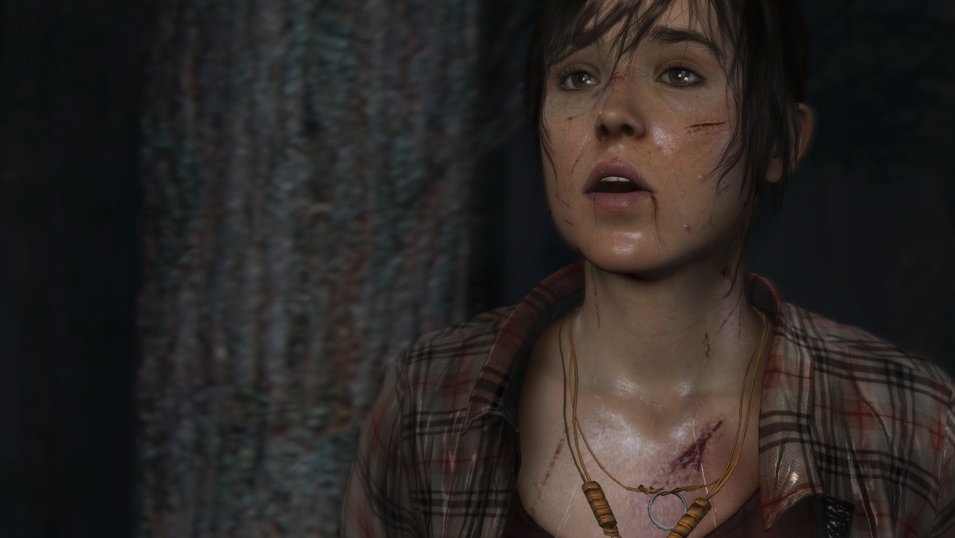 There is so much intensity and emotion in each tune, that I can’t help going through the motions and feel what Jodie—the main character—is feeling. It’s just exceptional.

I think the soundtrack I keep getting stuck on is Final Fantasy X because it brings back so many better memories for me. I still have it saved on my iPod and keep going back to it.  It’s timeless.

I’ve already written about my favorite musical score, the incredible opening theme music for the Commodore Amiga classic Agony, but for my best overall soundtrack, I am going to plop for the first Wipeout game on the original Playstation. It was just the right mix of good musical choice, for a great game, at just the right time – for me.

Wipeout’s release managed to coincide with 21-year-old me, a couple of years into my “party stage” – which lasted until I was 34, when I met my, now, wife and started to calm down and become the *ahem* respectable pillar of the community I am today.

But in 1995, the 21-year-old me was at the beginning of a journey of parties, clubbing, raves and a bit – actually really an awful, awful lot – of experimenting. Wipeout’s score was an incredible collection of licensed tracks from the likes of Leftfield, Orbital and the Chemical Brothers. Aside from those licensed tracks though, the game’s soundtrack was largely composed by none other than Tim Wright – under the alias of CoLD SToRAGE. Did anyone else see that coming? 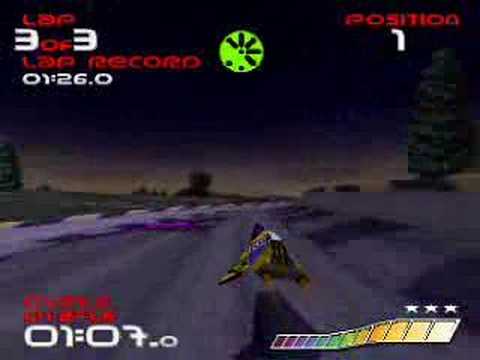 Tim has had quite the incredible career in the games industry, with dozens of games under his belt. Not to mention the albums he’s released over the years. As it happens, by no mere coincidence I am actually listening to SlipStream Volume One as I write this piece. If you enjoy a bit of electronic music, I encourage you to go listen to his stuff, if you like the music in several of the Wipeout games then SlipStream Volumes 1 and 2 are a good place to start.

So, Wipeout had the music, it had the gameplay and it held a very special place in my heart at the time for one reason… STOP READING NOW IF YOU’RE EASILY OFFENDED OR UNDER 18.

I was the first person I knew to complete Wipeout in one sitting, getting nigh-on perfect results in every single race, something I have not quite achieved since.

We were at my mate’s house, getting ready to go out, and by getting ready I do mean drinking, taking drugs, chilling, playing games and that’s when it happened. We were playing Wipeout, you know, the old-fashioned way, shot-about, when you lost a race, you were off. I had been suitably prepared with a certain combination of chemicals, and suddenly everything just clicked. I was completely in the zone, it was as if the game slowed down I could see everything in perfect timing, it was like being in the Matrix. I sat there and played my way through the entire game, start to finish, barely moving, not even taking my hand off the controller for a toke – one of my mates kindly did the sticking it in my mouth and taking it out bit for me, I never took my eyes off the screen. I actually don’t think I could have if I wanted to, I was so mesmerised by the game and the soundtrack blasting out around me.

When it was over, I took a long, long breath, looked around and returned to reality. Everyone had been transfixed watching the game being played masterfully, magically. It was over, I grabbed a beer, downed it, and out we went… Great day that was.

I probably paint a bit of a bad picture of myself, revealing such things, but it might surprise you that I still managed to hold down a good job, healthy relationships, and despite the recreational pursuits, a pretty normal life. I regret nothing, but I wouldn’t do it again, ha!

Which video game do YOU think had the best soundtrack?