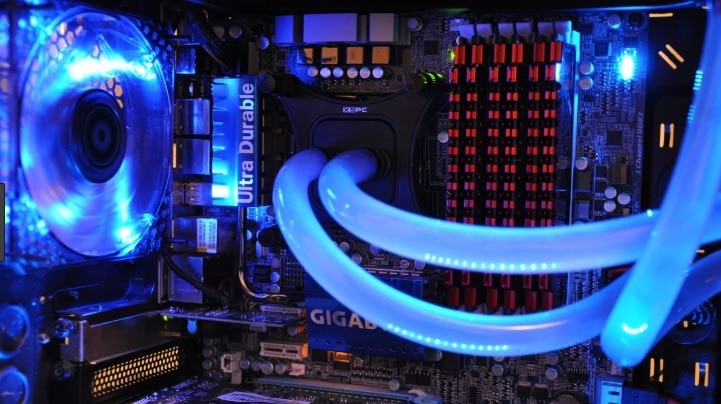 BY JACK RAY: My rig turned two-years-old this month.  Allow me to reflect for a moment.

This thing was built for speed. Windows 10 loads in a blink. Every game I install defaults to the Ultra settings, running smoothly without any issues.

Here are the specs:

Normally I collect the parts from various stores and then build it myself. This time I called a local PC contractor who had experience building gaming machines. When I showed him all the parts his only comment was “Whoa”. I knew this rig was going to be something special if it impresses the Pro.

In a few hours he had the thermal compound in place and all the wires where they belonged.  After the hardware was put together I spent some time first installing Windows 7 and then using the free upgrade offered by Microsoft at the time to get Windows 10 installed. Some further software customization was required to get the proper look and feel of the display and functionality.

The goal has always been to avoid bloatware as much as avoiding malware. I didn’t want anything that could negatively impact the speed and thereby impact my gaming experience.

In the past I have timed the building of a new rig with a particular game being released (e.g., Oblivion or Skyrim). While there were many top-shelf games out at the time, the motivation was simply the desire to not have to tweak or fine tune the video settings on any game being installed. Instead, the process was to put everything at max and start the game. Before I would turn shadows off. Now I turn them up.

Draw distance? Let’s see that horizon! Water reflections? Yes, please. Bloom? I don’t know what it does, but turn it on anyway!

It was a truly satisfying experience to build this new gaming desktop. The idea of taking an idea to fruition and having this perfect little machine, as a result, was, frankly speaking, a little breathtaking. It hardly makes any noise, to the point that I don’t even know it’s on unless I check the monitor. Even now, thinking back to the first moment after being put together when I turned it on gives me a sense of accomplishment and awe. I did this. I made this.

My son was born the same week as my computer. He was 8 pounds 6 ounces and 21 inches. That was pretty cool, too.