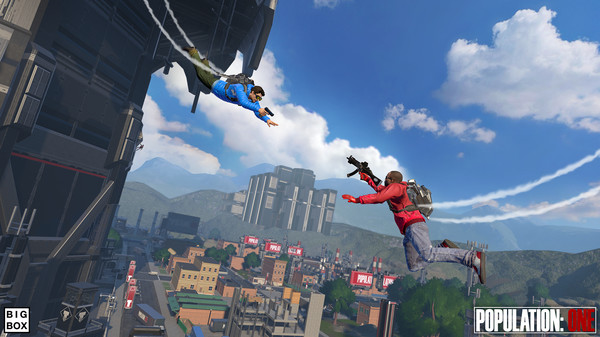 Population: One is the new breakout VR craze to hit Oculus and Steam VR Headsets. Fundamentally, Population: One is a battle royale like most that you’ve played on flat-screen monitors. The basics are the same, and the moment to moment gameplay follows the same formula too. The only difference is that shooting, aiming, reloading, and movement are all based on what you are capable of physically. I firmly believe that is at least half the reason why Population: One is so beloved, even in its infancy.

So for those who are new and want to earn their own winner winner chicken dinners, this guide is for you! 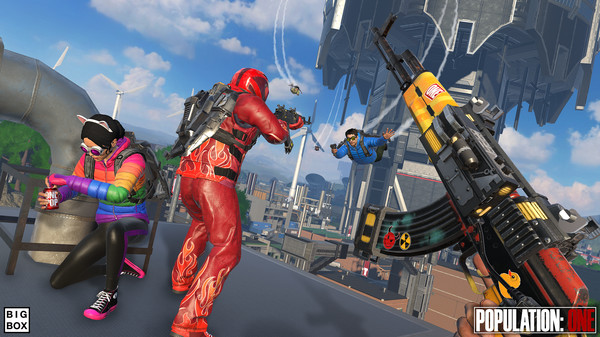 The first thing you’ll notice in Population: One is that you have an on-screen reticle. This may fool you into thinking that you don’t have to aim-down-sights to be a good shot. Unfortunately, hip-firing isn’t as accurate (even when using 2 hands), and recoil is a bit more intense when you aren’t peekin’ them scopes. Hip-firing can be really useful in close range encounters where you’re moving a lot, but if it’s anything beyond 30 feet I would recommend extending your left arm fully, and letting your right arm rest on it for stability.

This Certainly Isn’t Fortnight, But Don’t Forget To Build!

Pop: One and Fortnite both share a kind of building mechanic that allows you to instantly raise walls and floors for instant cover. Pop: One certainly simplifies things for ease-of-use in VR, but this ticket to instant cover should not be belittled. Since you can also climb any surface with your own two hands, these make-shift walls can also be climbed, making it harder for your enemy to tell which wall you’re behind if you build enough of them. This perfectly leads into the next tip too.

“It’s over Anakin, I have the high ground!” 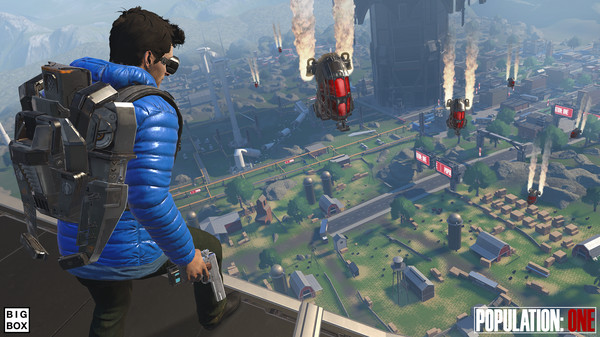 This advice isn’t completely exclusive to Population: One, but is true of most battle royale titles; If you have the high-ground you have the advantage. I mean think about, most of the time when you have the high-ground your body is usually in cover if you’ve placed yourself well. Whereas those below you are likely out of cover and soaking up more of your accurate shots! Don’t forget that with the ability to climb everything in Pop: One, that you too can be like Obi-wan even more often.

Fight or Flight? Why Not Both?

The first time I made a “T-pose” off the edge of a building was a pretty magical moment for me. You too will likely love flying in a game like this, but what you may not have known is that you can fire your gun while drifting towards your foes. If you keep your T-pose and aim your gun using your wrist you can use the reticle to maybe land a few pots shots as you glide! If you’re brave, you can alternate between T-posing and 2-handing your gun to gain more accuracy. However, If you aren’t quick enough, or if you get caught up in the carnage then you’ll likely end up leaving a human-sized imprint on the ground below.

As Always, It’s All About The Loot

One of the best things you can do in Population: One to set yourself up for success is to either drop very early, and loot as much as you can before the zone starts shrinking, OR letting the drop-pod carry you as far as it will go. The 1st option is fraught with trials and tribulations, as other players will also likely drop early. You’ll get plenty of action but may not have the supplies to heal and move on depending on how the early fights go. So if that doesn’t sound like your particular speed, then I heartily recommend the 2nd option. Being one of the last teams to drop can actually be a pretty safe maneuver, since you won’t have to likely deal with any fighting right off the bat; Your squad can gear itself to the teeth in relative safety. Especially if where you are dropping is close to the edge of the map. Just make sure you don’t fall behind the zone shrinking during a fire-fight!

Don’t Forget To Openly Communicate With Your Team 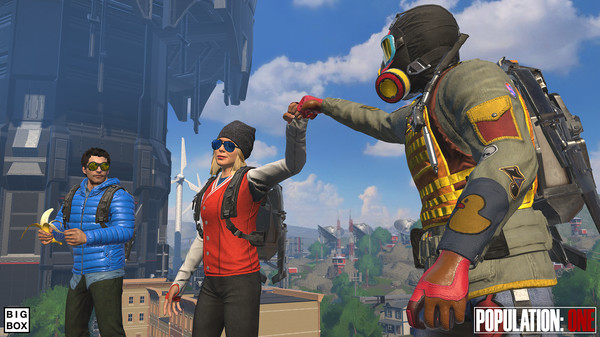 Okay so maybe 6 tips in total, but If you follow all of the tips above you’ll have an increased chance at getting that sweet sweet victory! At the end of the day, and this is especially true in VR, it’s important to just have fun! So get out there and help your fellow new teammates score some wins!