The trusty keyboard and mouse; they weren’t designed for gaming but, by gosh, do they work well.  But, what are the alternatives if you just don’t like them?

The good news is, there are a few options.

The Keyboard and Mouse Are King for a Reason

The reason the keyboard and mouse are so popular is they provide a balance between utility and accuracy.  WASD or ESDF (or arrows if you’re particularly rock and roll) get the job done when it comes to movement, with other keys filling in for reloading, running, using health potions, and so on.  The mouse provides unrivaled accuracy to click on your chosen enemy or deliver an instant headshot. 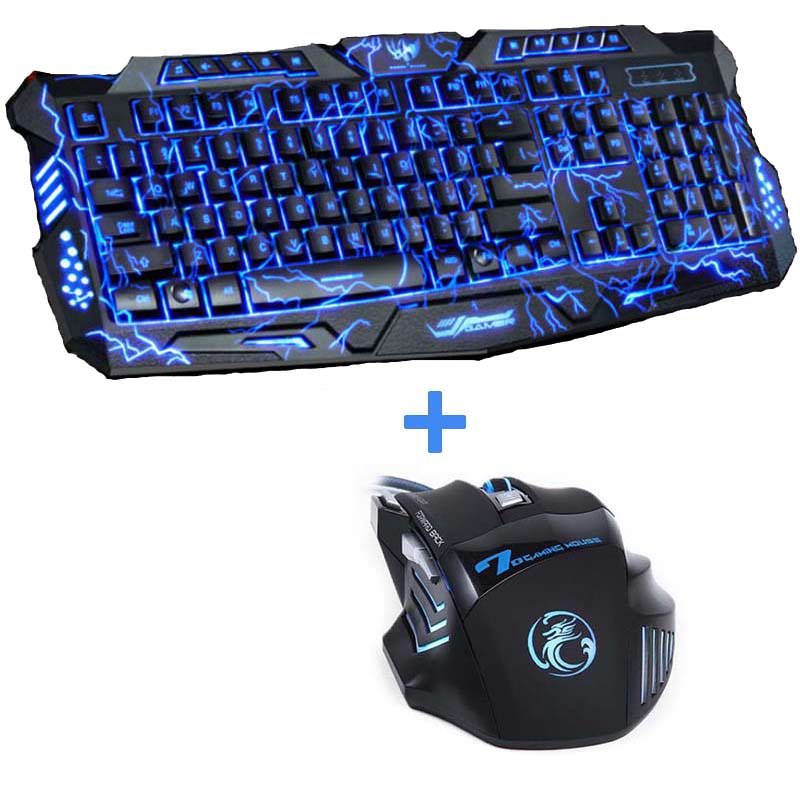 Other control schemes struggle to provide as many control options with the right hand, with the accuracy of the mouse in the right hand.  But, that isn’t to say those options do not exist.

It doesn’t matter whether you use an Xbox One, PS4 or random generic controller; some games are perfect for a gamepad.  Driving games, adventure games, puzzle games; games that do not require a high number of inputs or pinpoint accuracy benefit the most from a comfortable controller in hand.

The moment you switch over to a controller for First Person Shooters, the problems begin.

I personally purchased xPadder to play Planetside 2 with my Xbox 360 controller.  I wanted to be able to chill on the couch and wage war with a few hundred other people.  The result was I could move more comfortably than ever before but got killed before I could even line up a body shot.  The accuracy in that right thumbstick just cannot compete with a mouse – it’s close, but still not close enough.

I’ve also used my 360 controller to play Black Desert Online; for those who haven’t heard of BDO, it’s a huge Korean MMORPG, with controls for hand to hand combat, controlling pets, using magic, talking, and about a million other things.  The controller simply doesn’t have the available buttons to do everything you need to do, which means holding down a shoulder button to then provide secondary options for buttons.  The result is an impossible to remember mess of twisted fingers.  Other MMORPG’s offer similar experiences.

Valve did their best.  The Steam Controller is an innovative take on classic traditional gamepads, offering trackpads for increased accuracy.  There is a learning curve, which can be steep depending on how in love you are with your preferred controller, but the resulting control scheme is a level above any other controller. 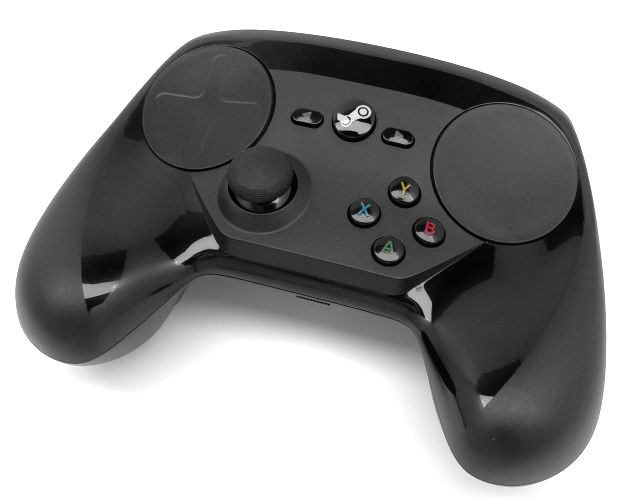 But, is it good enough for FPS or MMORPG titles?  Still, no.

Accuracy is substantially increased, but playing online against other human players with a mouse in their right hand will still result in another death 9/10 of the time.

The Steam controller has now been discontinued, but can be picked up pre-owned for less than the price of a coffee.

Hear me out.  A gamepad in the left hand, a mouse in the right hand.  The ability to run around with an analog stick is so much more comfortable than craning your hand over the WASD keys, then the mouse provides the accuracy needed to survive online.

Yes, the mouse gives the ability to thrive with headshots or clicking the right enemy quickly.  The problem is, the left hand just doesn’t have enough access to the buttons needed to do all of the actions required in a game.

The average gamepad has the Thumbstick, Left Shoulder, Left Shoulder Button, plus the option to click in the Thumbstick.  Yes, there is usually a D-Pad, but try and click the D-Pad while holding the controller in one hand, while trying to play the game, and you’ll quickly pretend that it doesn’t exist.  That’s four options.

There are a lot of buttons to allocate to those four options.  Run, crouch, prone, jump, reload, grenade, spotting, health kit…the list goes on.  Some of those can be passed over to the mouse should it have enough button, but it’s not practical to pass them all over and this can reduce the accuracy of the mouse as you struggle to click every button needed during a tough gunfight.

Left-handed players may have it easier if they use their right hand to run around, but that’s a big if.

If you’re happy to purchase a more attractive version of this set up you could try the HORI Tactical Assault Commander GRIP (TAC: GRIP) KeyPad and Gamepad Controller. 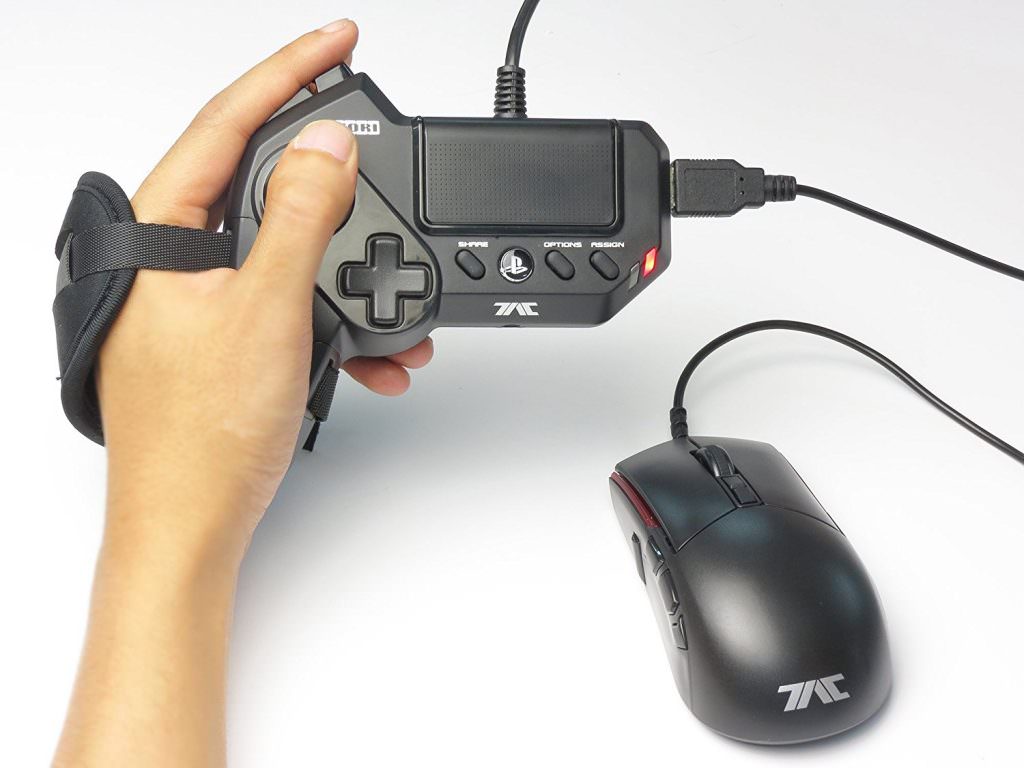 This option comes straight from the 90’s, but if anything, offers even less capacity than the Gamepad and Mouse option. 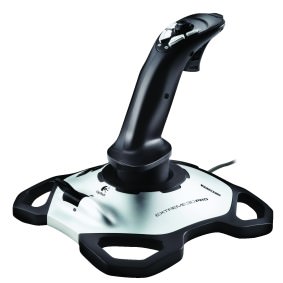 The majority of joysticks made in the last 5 years are engineered for flight simulators and mech titles.  They can be used in other titles, but they aren’t ideal.

There are smaller, more practical joysticks on the market, but few of these offer a quality of control plus the buttons to comfortably use.

I’ve tried, but it feels more complicated than holding a gamepad in my left hand.  I’m just not a fan.

A gameboard is a keyboard that has been condensed into the vital attributes needed for gaming.  They feature fewer keys and are often more ergonomically designed for comfort and convenience.

If you’re looking for more ergonomic options, we recommend viewing this guide from hotrate.com on ergonomic mice. 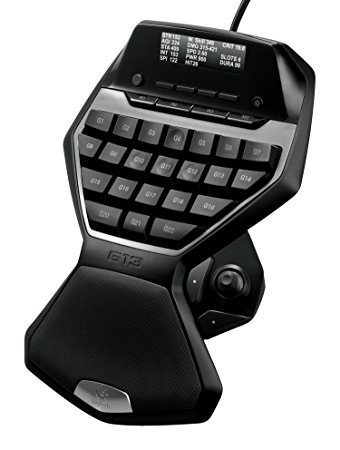 I own a Logitech G13 Gameboard, and I like it.  The analog stick is useless (its position is unintuitive and its shaped awkwardly – even with modifications), which means playing with WASD controls.

There are alternative gameboards, such as the Razer Nostromo, but these offer similar experiences.  If you can’t stand using a keyboard then a gameboard may make things slightly more pleasant, but it’s not going to revolutionize the experience for you.

So… What Is The Best Control Scheme?

However, that doesn’t mean it is the best control scheme for every game.

Single players games can easily be played with a gamepad, due to the forgiving nature of AI enemies; they lack the killer instinct of human players.

Racing and adventure titles can also be played with a gamepad, due to their often reduced number of inputs, or because they do not require pinpoint accuracy.

I play GTA Online with my Xbox 360 controller and while I notice the difference in accuracy between those using a keyboard and mouse combination and those without, the game is engineered to assist gamepad players.  It is feasible to be competitive in GTA Online with a controller, as it would for any other games which afford this assistance to those with a gamepad in hand.

Personally, I use the keyboard and mouse combo only when absolutely necessary.  I don’t find it comfortable and I feel strained the next day having used them, even with ergonomic supports.  For Planetside 2 and other online shooters, the keyboard and mouse control scheme isn’t just a recommendation, it’s a requirement if you don’t want to die every five seconds.  But, in other games, if I can play with a gamepad and still get enjoyment, that’s my first and only option.