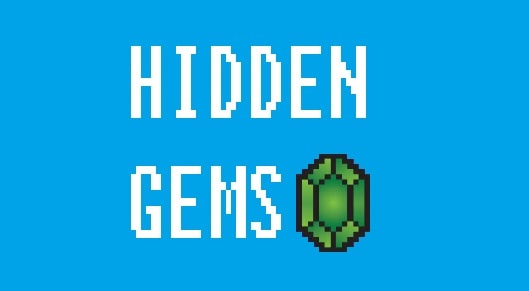 With an abundance of games being released every week, it can be difficult to find the games worth your time.  These are 10 great hidden gems on the PC that you should play.

Released on October 11, 2016, Blue Revolver revives the shoot ’em up genre in style, building on the strengths of the genre without getting bogged down by its restraints.  Its systems are accessible without being needlessly simplistic, with enough challenge to give experienced players a reason to pick up the controller and play.  Blue Revolver is a must play for fans of the genre.

Blue Revolver is available on Steam for £10.99.

Zombie Estate 2 quickly became one of the Xbox 360’s most popular indie titles when it released back in 2010.  It made the jump to Steam on January 13, 2017, with a bunch of new add-ons and content bonuses.  The zombie wave genre has become more saturated since its original release, but Zombie Estate 2 remains amusing and highly replayable, especially when playing with others.

Released to Steam Early Access on January 11, 2018, DUSK harkens back to the golden era of PC shooters.  From the faux DOS prompt that initializes the game and old CPU sounds, you know you’re about to take a trip down memory lane.  Fans of Wolfenstein 3D, Doom, Quake and Duke Nukem will feel instantly at home with the pixelated visuals, ridiculous physics and amped-up speed.  There’s even multiplayer.  Even in its Early-Access state, DUSK is already well worth the price of admission.

Linelight released on Steam on January 31, 2018, and instantly won the adulation of those who gave it the chance.  Linelight takes the concept of puzzling down to its simplest form.  Using a combination of ingenious puzzles, beautiful bloom effects and serene music, Linelight brought back memories of Lumines and Rez.  It’s a must play for those nights when you just want to unwind.

Linelight is available on Steam for £6.99.

Released on June 7, 2017, Monolith feels like the lovechild of classic games like Zelda, Undertale and Geometry Wars.  This roguelike has randomly generated dungeons, cute characters and gameplay that is fun, challenging, and addictive.  What more could you want?

Monolith is available on Steam for £5.59.