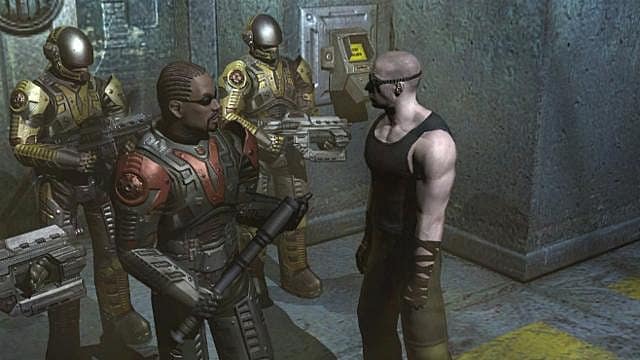 Did you wake up today and tell yourself “man, I sure am in the mood for another top 5 licensed video game list”? Then you are in luck because I have a fresh list coming straight for your eyeballs. If not, then you got one anyway.

Anyone following my most recent articles can tell that I love me some licensed video games. Since I was a kid there has always been a special place in my heart for these types of game and believed then, as I do now, that there are some truly awesome ones amongst the heaping pile of garbage.

The same rules as my previous list apply here:

So without further ado, here are another top 5 awesome licensed video games:

Before Marvel’s Spider-Man for the PS4, quality video games based on the Marvel Universe were few and far between. So when I heard that the tie-in game to Captain America’s latest film was actually good, I had to see for myself.

Captain America: Super Soldier can be easily mistaken for nothing more than a Batman Arkham Asylum clone.  Yes, the combat and basic mechanics are similar to Batman’s previous game but everything is done really well, resulting in gameplay that is just as engaging. The fights get really chaotic with dozens of enemies on screen. Pounding the life out of them is very satisfying, especially when using Cap’s iconic shield. Using the shield to deflect bullets and bust Nazi teeth in felt great.

There are also these fun little platforming sections sprinkled throughout that help add a little variety. Unfortunately, the game lacks an actual villain or compelling story but does feature the likeness and voice of Chris Evans so there is that.

There is definitely a decent amount of jank but if you are looking for a quality Captain America game, it doesn’t get much better than this.

2. James Bond: Everything or Nothing (Visceral Games/EA Redwood, 2003)

Goldeneye for the N64 is overrated. There I said it, deal with it.

Don’t get me wrong, I understand why it holds legendary status but you know which James Bond game doesn’t get enough love? Everything or Nothing. This game had everything you would imagine a James Bond game would have.

Everything or Nothing is a third-person cover shooter at its core but its varied and exciting gameplay made it feel like an amalgamation of everything that made the franchise fun. The whole game just felt so explosive and insane. The shooting mechanics were simple yet engaging but the real highlight of the game for me was the absolutely stellar vehicle sections. Throughout the campaign, you’ll get to ride some amazing vehicle ranging from motorcycles to tanks to helicopters in some of the most thrilling levels in any video game.

Almost nothing can compare to the glory of the LucasArts’ point and click adventure games. Almost every one of them is as iconic as the last but for me, Fate of Atlantis is the pinnacle.

Telling a completely original story, Fate of Atlantis is just as deep and exciting as its movie counterparts. With excellent voice acting, spectacular soundtrack, and a stellar script.  Fate of Atlantis feels like a genuine adventure that the famed archaeologist would take part in. So much so that I’m surprised this never actually became a movie itself.

The awesome pixel graphics are stunning, making the constant back and forth that is a staple of the genre more bearable. As a traditional point and click adventure, you will be clicking, collecting, talking to people and running around aimlessly for hours, but when a puzzle clicks or you finally find what you are looking for, there is nothing like it. There are even some fun little fisticuffs Indie gets too that helps add a little action into the mix.

This game was pretty popular back in the day so many of you might have played it but if you are new to the genre then what are you waiting for? Atlantis is waiting.

Who would have thought that a whole game could be built around the various ways you can interrogate people? At face value, The Punisher is just another third-person shooter, but with just a little bit of time, you will see it is essentially a violent interrogation simulator and a great one at that.

The iconic Punisher is known for shooting first and asking questions never and this game highlights all of the absurdity that comes with. As the Punisher, you will be able to interrogate and dispose of your enemies in some of the most creative and hysterical ways possible. See a wood chipper? Why not stuff a guy through it? Is that a fish tank filled with piranhas? Why not chuck a dude in there while you question him? Is that a propeller blade? You get the point There are hundreds of fun and interesting ways to interrogate, torture or even just kill your enemies.

Although releasing around the same time as the movie, the game is more in line with the comics. Yes, there will be some familiar moments from the film but the game takes a ton of liberties which I think ultimately results in a way more fun experience since the movie took a more realistic approach.

The moment to moment shooting is competent enough and the voice work from Thomas Jane is excellent.  Altogether, that culminates in a pretty sweet package. The game does last just a bit too long and there are some odd difficulty spikes towards the end but this might very well be the best representation of the Punisher you will find in any video game.

5. The Chronicles of Riddick: Escape from Butchers Bay (Starbreeze Studios, 2004)

Is prison a fun place to be in? I doubt it. Does it make for an extremely memorable and intense video game environment? Abso-freakin’-lutely.

Escape from Butcher’s bay, a prequel to the film Pitch Black starring Vin Diesel, is a stellar open(-ish) world action RPG. Starbreeze Studios crafted an interesting world with its massive prison, which was not only interesting to explore, but also fun and extremely frightening.

The prison, Butcher Bay, felt almost as much of a character as Riddick. The place was huge, gross and danger lurked around every corner. Inmates were confrontational and the guards were just as aggressive which gave the game a horror vibe. Even as Riddick you felt vulnerable and uneasy.

As a first-person action-stealth game, I found navigation and hand to hand combat to be a bit cumbersome at first but before long everything eventually fell into place. The combat specifically was very visceral and brutal and the first person perspective made each encounter feel personal. The stealth mechanics were also really cool, taking advantage of Riddick’s glowy eyes, making you feel like a real Apex predator as you hunt your prey.

I wouldn’t say that The Chronicle of Riddick Escape from Butchers bay is a hidden gem but If for any reason you haven’t played this game, fix that post haste.

So what do you guys think? What did I miss? What do you disagree with? Let me know in the comments below.