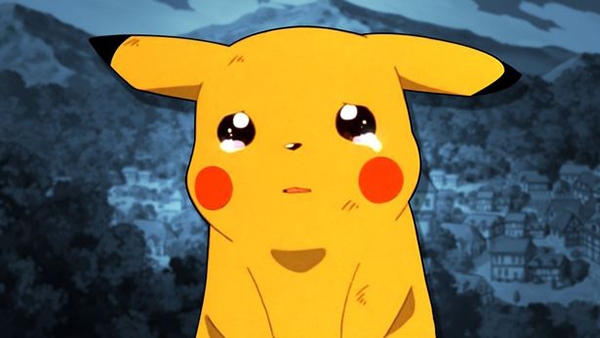 I love Pokemon.  I remember picking up Pokemon Blue in Blockbusters as a kid (based purely upon the case looking awesome) and through the next several releases in the franchise, I knew every Pokemon, every attack, every strategy, and made it my personal mission to “catch ’em all”.  I never did and that’s okay.

Somewhere along the line, I lost touch with the franchise.  It could be because I couldn’t afford to keep buying Nintendo handheld consoles, or it could be because I moved onto games with more “mature” content.  Despite that, I have such a huge sense of nostalgia surrounding the Pokemon franchise that I feel just as connected to it as I did as a child.

So, today I introduced my 4-year-old to Pokemon.  Not the games (playing an RPG, even one aimed at a younger audience, would be impossible when you can’t read), but the TV series.  I mean, Pokemon are cute animals, kids like cute animals, it should have worked, right?

It was a disaster.

My daughter watched the screen bored for a few minutes but all was well.  Ash woke up, he was late, I could feel myself getting excited that he was about to get his very first Pokemon.  Bulbasaur, Squirtle and Charminar are gone, and I’m ready for what’s about to happen.  Oh, there’s Pikachu and… oh yeah…

My kid ran screaming into the next room that the monster was giving everyone “owies” and begged me to turn it off.

It’s funny, I’ve always looked at Pokemon as being for children, but hadn’t considered that it might not be suitable for young children.  I knew that the fighting thing would be hit or miss (pun not intended but acknowledged), but even My Little Pony has battles between good and evil.  I hadn’t considered that, as a kid’s cartoon, Pokemon is actually scarier than most, and now I’ve corrupted my daughter’s first Pokemon memory.  Wonderful.

In all seriousness, I’ll try again in a few years and I’m sure that she’ll love it, but just wanted to share this little event with you.  I’ll be watching Blaze and the Monster Machines and My Little Pony for a while longer.  Joy.