The N64’s ‘Trident’ controller introduced innovations that would be imitated for years to come. But, is it the Most Important Controller of All Time?

Video game controllers have evolved so much over the years, as have the games we play.  Joysticks, D-pads, shoulder buttons, analogue sticks; the changes in gamepads over the years have been significant.  That’s without mentioning the current VR iterations on control schemes, but we’ll save that for another article.

The Xbox 360 controller and the PS4 controller are widely heralded as the greatest video game controller depending on which camp you’re in, but ultimately the choice of controller comes down to personal preference.  If you want to use a USB NES controller to play Battlefield 4 then who am I to judge?  (…by the way, if you can do that then you must be some kind of gaming God and we need to be friends.)

Personally, I use an Xbox One controller to game on my PC (having used a trusty 360 controller for the past decade), but the controller that will always mean the most to me is the N64 ‘Trident’.

I mean, just look at it.  It’s a three-pronged fork monstrosity, but beautiful at the same time.

Anyone who has never used the N64 controller cannot fathom how to use it, but those of us who have used it will remember the incredible level of control it gave us compared to anything that came before.  Looking at it, it shouldn’t have worked, but it just…did.

I know a controller shouldn’t be judged on looks, but design goes a long way. The sheer audacity of the design team here is something special.  Every time I see one it brings a smile to my face.

It wasn’t the first analogue control in the industry, but it was a revelation at the time all the same. The jump to 3D necessitated a more precise control scheme and the ‘Trident’ delivered and then some. Going from a solo D-pad to having an additional analogue stick felt like going from a black and white TV to colour; it was impossible to go back. 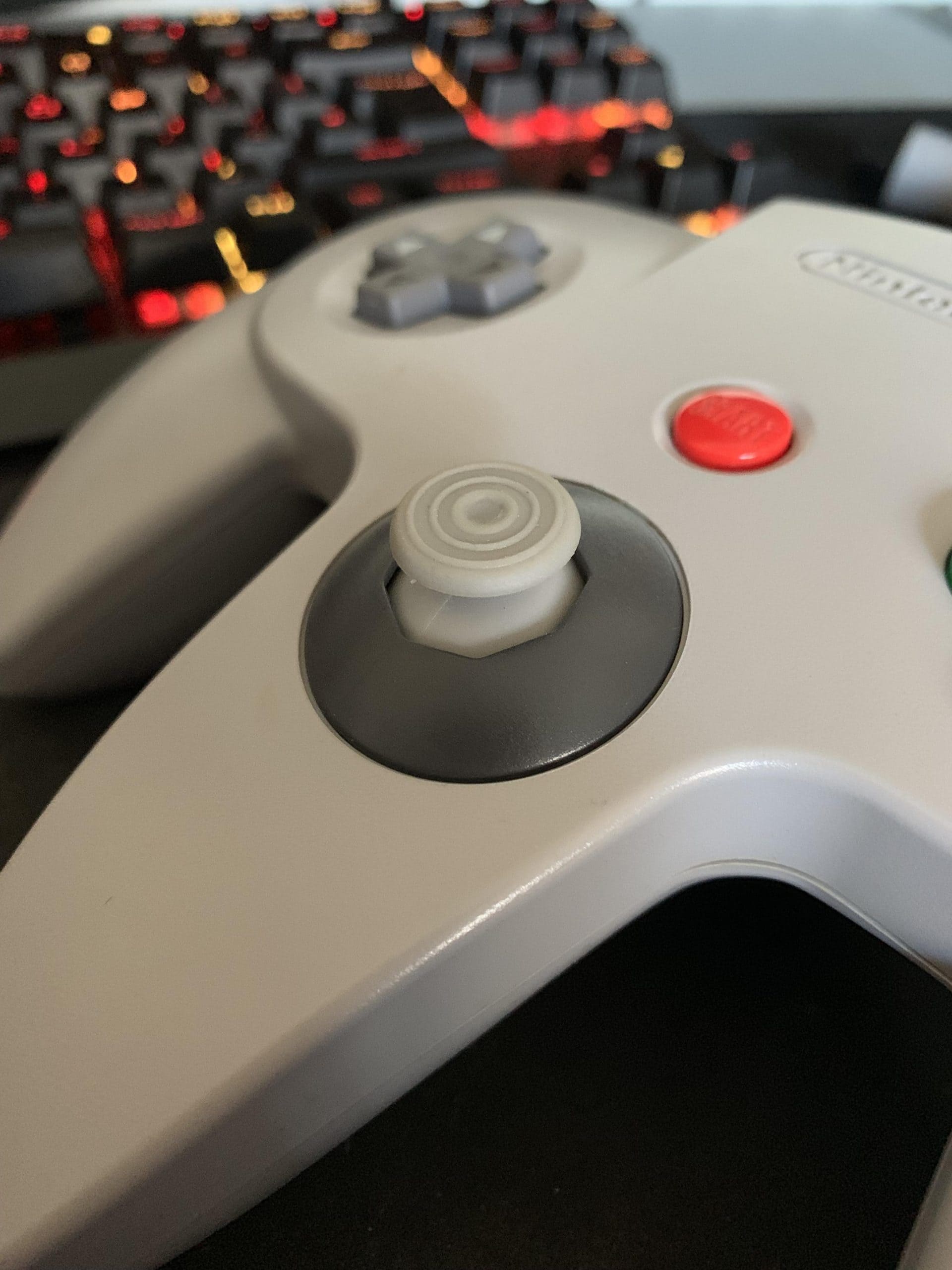 The stick made gaming a joy; I have so many fond memories of gunning down Jaws in Goldeneye or dropping bananas in Mario Kart 64 with more control than ever imagined before.  Compared to the original Playstation controller, this was a revelation.

The trigger under the middle prong of the Trident was a stroke of genius; it allowed more comfortable control of certain aspects of games than ever before. 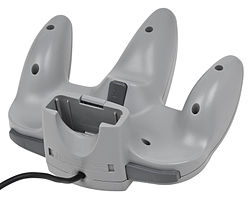 Shooting on Goldeneye was a joy, and it just made sense. Shoulder triggers be damned.

Being able to upgrade a controller was unheard of at the time. The Rumble Pak added a further dynamic to the controller with vibrations; the Controller Pak could save additional data; the Transfer Pak allowed data to be read from Gameboy cartridges. While adding this functionality did increase the costs over time, not shipping the controller with these additional features out of the box kept costs down and allowed gamers to customise their experience.

I wish modern controllers had cheaper alternative versions with optional extras removed for those who really don’t care about them.  Purists argue that a vibrating controller when you get shot helps with the immersion – a realist says “um, not really. It just buzzes a bit.”  I’ll accept that the vibration when hitting the edge of the rumble strips in a racing game is a nice touch, but a spasming controller when getting shot in the face is a distraction. If that saved me £5 or £10, I’d give it real consideration.

It’s The Most Important Controller of All Time AND The Best – It’s Official!

That’s right, I’m speaking for all gamers, everywhere, ever.  The N64 controller is incredible.  Don’t argue with me.

…actually, I fully accept that this is all subjective.  Some gamers would never use anything other than a keyboard and mouse, others never stray from their Playstation controller.  As I mentioned, I use an Xbox One controller day-to-day, but for me, the N64 controller will always be the greatest, even if it is no longer the most practical.

In a day and age when video game controllers look almost identical to each other, looking back on a controller like the N64’s ‘Trident’ brings a smile to my face.

I still own 2 N64 controllers, which I hook up to my PC using a USB interface.  Using any other controller to play any N64 game should be outlawed.  Probably.

What is your favourite controller of all time?