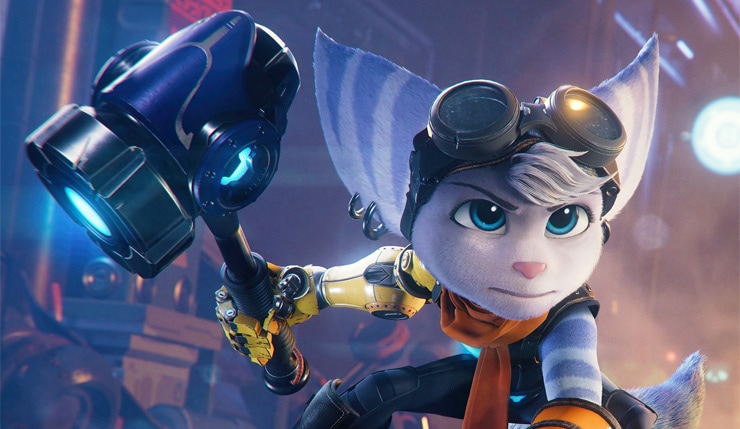 BY BEN PRICE: Ever since I was little, I’ve always been a massive fan of 3D platformer games: Spyro the Dragon, Super Mario 64, Banjo-Kazooie, and more. Back in the day, this genre was incredibly popular and was at the forefront of the gaming world.

But through the years, we’ve seen a steady decline in these sorts of games, with more realistic games becoming more and more mainstream. Within the last decade, the sub-genre has all but become extinct, with it only just very recently seeing a bit of a revitalization, with Activision publishing remakes of old classics like Crash N. Sane Trilogy and Spyro Reignited Trilogy, and new IPs like Yooka-Laylee and A Hat in Time that have attempted to resurrect the dead genre.

Sony, one of the biggest names in the industry, has long-ditched most of their kid-friendly platformer IPs: both Sly Cooper and Jak haven’t seen new entries in nearly a decade, and their PS1 mascots Crash and Spyro have remained untouched until their respective remakes. But when Sony themselves announced three brand new 3D platformer games in their Playstation 5 event, I realised something: the 3D platformer genre may finally be making a comeback.

Let’s dive into these games a little bit, shall we?

The first 3D platformer game that Sony showed off in their event was also their most exciting. I’ve always liked LittleBigPlanet, but the series has always been a traditional 2D platformer, and those have never really resonated with me too much. But seeing this series jump from 2D to 3D is a huge leap for them, and one that I’m excited to see more of. The game harkens back to Nintendo’s Super Mario 3D World, giving the players a fixed camera set-up and four-player local multiplayer.

The game still feels very linear like old LittleBigPlanet, and sticks to the childish, cardboard-cutout aesthetic that the series has been known for. I’m personally most excited for this game for the level-editing potential. LittleBigPlanet’s biggest draw has always been the level creation tools, and transitioning the series into the 3rd dimension will undoubtedly add to the user creation possibilities.

Astro’s Playroom is going to be a free game loaded onto every Playstation 5 on launch day, and will more than likely serve as a tech demo for showcasing all of the systems various features, particularly the dualsense’s new rumble technology.

With that said, the game looks like a very fun traditional 3D platformer. Before learning the game was a free title, I fully believed that it looked like a full-fledged game that I could see myself purchasing. Astro looks like a lovable, energetic gaming mascot that I could see getting his own future platforming series.

Finally, Sony, of course, announced Ratchet & Clank: Rift Apart, the latest entry in the classic Playstation franchise. To be completely honest, I’ve never played a game in the Ratchet & Clank series, but I’ve always thought it looked like fun. This announcement was no surprise, as the series has always been supported well by Sony, but this game looks especially high-profile, with the most impressive looking graphics of any 3D platformer I’ve yet to see. The game appears to really take advantage of the new hardware, with the crisp graphics looking nearly on-par with a Pixar film.

Back With a Bang

Overall, I was incredibly impressed with what Sony brought to the table in this event and I’m excited to play these games and the rest of their titles from the show. I’m excited to see what the future holds for other 3D platformers: will we see a new Sly Cooper, Jak & Daxter, or even Banjo-Kazooie? Sound off in the comments with the game that you’d most like to see return.