As Pax East fast approaches and we get ready for what is very likely to be the unveiling of Borderlands 3, the long-awaited news of its coming has gotten me thinking about what the game could be like, and what I hope it isn’t.

Borderlands 1 and 2 are easily two of my favorite games of all time. I will never forget my first experience playing Borderlands. I remember being told about it from a close friend who could not stop raving about it. I was intrigued. That week I got my tiny little paycheck that I had worked so hard for, set aside some money, and went straight to the store to pick it up (yes, store. You know, that physical place you used to go to and buy games).

My world was forever changed, and so began a long relationship with the masochistic world of Pandora and its deranged and highly entertaining inhabitants.

It has now been 6 years since the fateful launch of Borderlands 2, a game that, if there were any doubts remaining, forever cemented Borderlands as a truly iconic franchise. Fans have waited for a long time to see what the next iteration of this franchise was going to be, and if it was going to come at all.

We have had small morsels to tide us over – The Pre-Sequel and Tales from the Borderlands – but not a direct successor. However, it seems the wait is over, and we can rest easy that there will be another installment.

So, with that in mind, new questions arise, along with lingering concerns. Here are three things that I’d like to see in the new sequel, and three that I wouldn’t.

This should be a no-brainer. Couch co-op multiplayer is one of the reasons I loved these games so much.

Couch co-op has become an increasingly difficult feature to find in games, and that is a shame. I cannot begin to tell you how many hours and amazing memories I have from playing couch co-op games with friends and family. The experience of playing side by side in the same room with someone is a distinctly different experience from playing online from miles away.

I still remember picking up my pre-order of Borderlands 2 the night it came out and playing it together with my wife that very night. We loved it so much we couldn’t stop and wound up playing until 5 or 6 am the next morning. It’s memories like that which make couch co-op awesome.

It has been hinted that the feature will still be present in Borderlands 3, though not official yet, so let’s keep those fingers crossed all you mutant, trigger-happy Psychos.

It’s important to not get too big. Recently, the concept of open-world has really caught on in the gaming community and while that certainly has created some awesome games, it’s also created more than a few duds, and diluted some otherwise great games at times. Just because you can make a huge, massive world doesn’t mean you should, especially if it is watering down the core product.  Some games lend themselves better to the concept as well, while others don’t.

All that said though, I would love to see what else the universe outside Pandora has to offer. Perhaps it’s time to explore other worlds and parts of the far-off galaxy as it’s clear Pandora isn’t the only planet in this still largely mysterious game universe. By carefully crafting new, detailed parts of the universe and expanding upon the game’s lore without spreading themselves out too thin, hopefully we can get taken to some new places that are deep enough to make worth exploring.

In a similar vein to the importance of not making worlds way too big and too shallow, part of the hook of Borderlands games is their ability to behave like a straight-up old school shooter while mixing in some newer elements, without getting bogged down in things like excessive cutscenes or tedious side-quests. Everything feels fun and has a purpose.

There is plenty of depth to the core gunplay, leveling up, and looting dynamics, but none of it is so obtuse or so pointless that it detracts from the main experience. Its complexities remain easy to understand, and thus keep the game streamlined.

Hopefully Borderlands 3 is a continuation of this pattern, and hopefully the game stays away from unnecessary bloat. While the game may need to bring something to the table to keep itself relevant in today’s radically different age from when Borderlands 2 released in 2012, it also needs to feel just like home. Sweet, bloody, murder-y home. 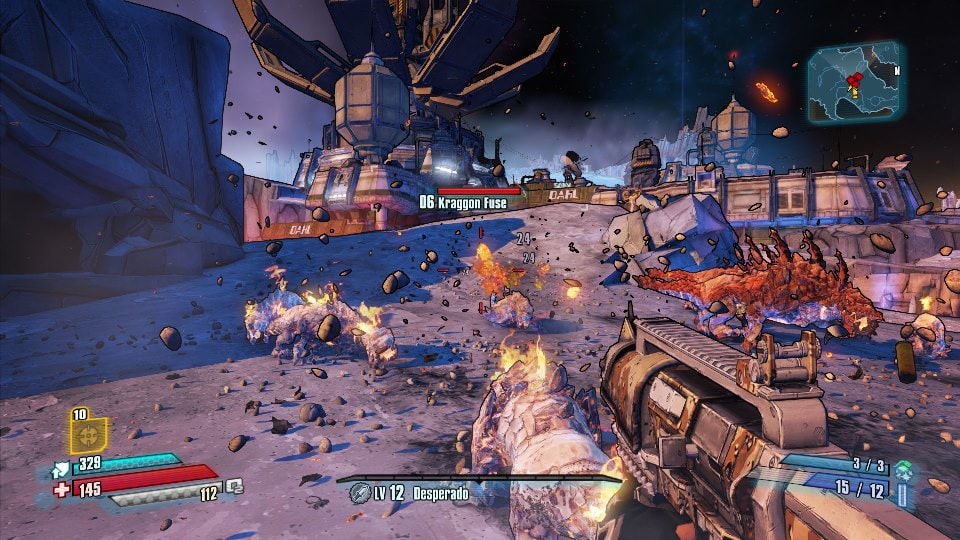 3 Things I Wouldn’t Want to See in Borderlands 3

You know them. You probably hate them. Things are quite a bit different from the days of old when the only thing you paid extra money for was a full-fledged expansion of a game that likely included another 15 to sometimes 20 or more hours of new gameplay. Now games are frequently littered with not only DLC content that often consists of very little in the way of actual meat but also with tons of loot boxes, skins, and unnecessary add-ons. While shiny, they are really just there to serve the company’s bottom line.

I would much rather pay full price for a game that has everything that is going to be offered rather than pay extra money for additional stuff later, excluding, perhaps, true expansion packs like the expansions of old. Fortunately, both Borderlands 1 and 2 offered DLCs that had some real value to them, so hopefully, we can see a continuation of that trend.

Too Much Reliance on the Previous Storyline

Borderlands 2 left some big shoes to fill in the absence of Handsome Jack, one of the better video game villains in recent history. Jack was the overwhelming show-stealer in a game that probably would have felt a lot less “epic” if he hadn’t existed, given that the game’s momentum was largely driven not so much by the plight of the inhabitants of Pandora but rather by his sociopathic energy and corrupted sense of justice.

The world of Borderlands has a lot of nooks and crannies left to explore, and it would be great to see some new characters, villains, and protagonists. Although I think the playable characters should remain voiceless, I think it may be time to explore outside of the core supporting cast of Borderlands while still including them in some way shape or form. It’ll be great to see some familiar faces, but let’s add some new ones too. It would also be a great time to expand the storyline and explore some new narratives.

What else is there to explore in this world beside treasure hunting? Can we learn more about the mysterious sirens and their unique powers? What about the geopolitical intricacies and conflicts of interest of the various corporations that plod through this galaxy, like Hyperion, and Dahl?

Dumbed Down Leveling or Loot Progression

Sequels sometimes have a bad habit of having their mechanics simplified for the sake of making them more marketable to a larger, more casual demographic. I can understand why game developers and their publishers do this, even if I don’t always agree. In the end, these studios must make money and the transaction is a matter of practicality, especially if you’re a large, publicly traded company in which case you have shareholders to be held accountable to. Unfortunately, it has the side effect of simplifying some games to the point where gamers are not encouraged to think critically or learn on their own.

Over-monetization, in order to capture as many dollars as physically possible, is also an unwanted problem for the consumer. The truth is there is room for both more casual and hardcore games in this industry, indeed, perhaps more than ever before. We have seen excellent titles emerge over the last several years that fill these niches admirably.

While I don’t think there is anything wrong with creating a simple or casual game, I don’t always think it’s a good thing to significantly alter an established franchise with a set of mechanics or gameplay that its fans adore. There will always be exceptions. However, Borderlands 3 is not one of them. The loot system and the skill tree in Borderlands are two of the biggest draws of the game. There is always something new to loot in Borderlands and every level up brings the possibility of increasing your character’s power in new ways. This makes the grind worth it, as you never know what you’re getting, and when you do it is frequently just good enough to make you push further for the next piece of epic loot.

Don’t change these systems. Keep the mechanics in place that made fans come flocking in the first place. Preferably with a side of skag, please.

We will find out soon enough what Pandora has in store for us. Until then, fingers crossed.