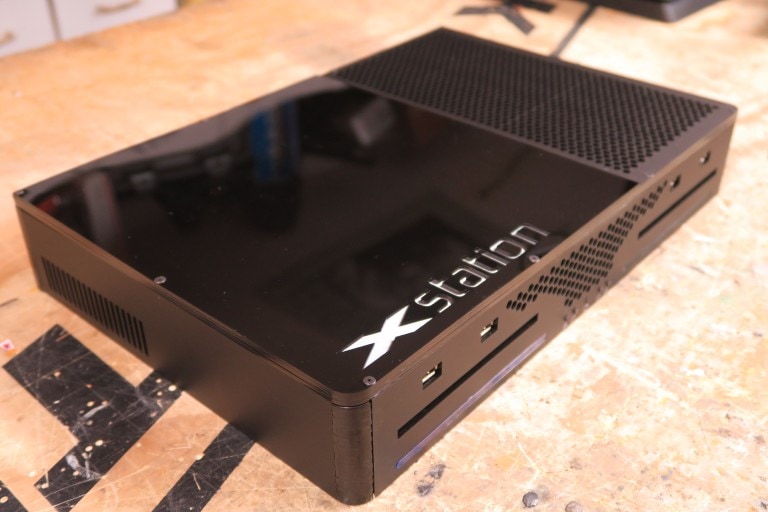 Microsoft or Sony?  Xbox or PlayStation?  EdsJunk has finished the debate by creating an Xbox One and PlayStation 4 hybrid console.

EdsJunk, real name Ed Zarrick, spends his spare time deconstructing consoles and putting his own spin on them.  Highlights include the Tony Stark Xbox One, the portable PS4 Slim PlayBook 4S, and the Xbook One S.

The XStation is my new favorite.

The XStation was built over a 2 week period and is approximately the same size as the original Xbox One console, despite housing both an Xbox One and a PlayStation 4 within the chasis.

Both consoles are run into a 2×1 HDMI switch which is controlled by an Arduino, which also controls the status LEDs and the relay inside. When you push the switch button, it will swap between the two systems.  Pretty cool.

You can see the system in more detail below:

The hybrid isn’t currently for sale, but EdsJunk is known to sell the systems he creates via his website, so stay tuned for any consoles he does release for sale.