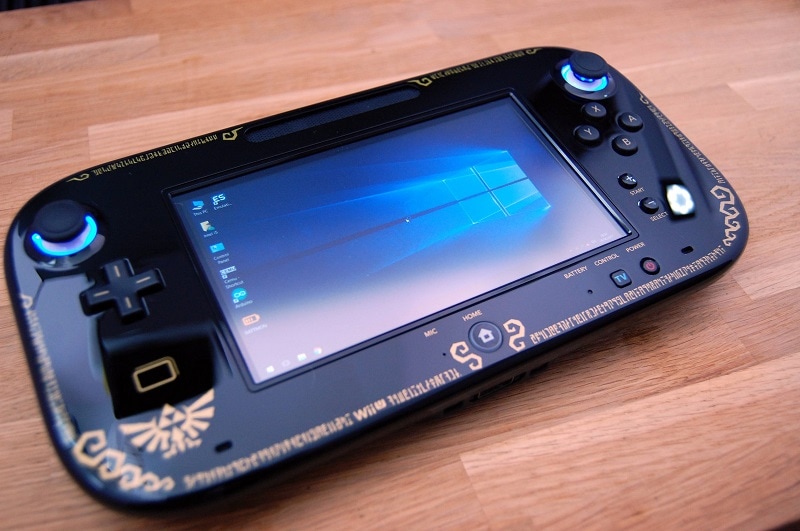 This Wii U has been modded to become a handheld PC, opening up the possibility of mobile Steam Streaming.  Oh, and it also emulates Wii U games.

Modder Banjo Kazooie shared his project on Sudomod.  Nintendo’s last-generation console has been upgraded with an Intel Compute stick, an Intel m5 processor, 4GB of RAM and a modest 64GB SSD.  The screen has received an upgrade too, as the standard screen has been switched out for a 2K LCD touch display. To go with the hardware, Banjo Kazooie loaded the modded Wii U with Windows 10.  By adding Cemu, a Wii U emulator, the handheld PC is able to retain its original functionality and open up the majority of the Wii U library if you are that way inclined (we’ve written about emulating Wii U games in 4K previously). You can see Banjo Kazooie working on the Wii U mod, below:

And, finally, here is the project up and running:

Kudos to Banjo Kazooie, you’ve made this gamer extremely jealous.