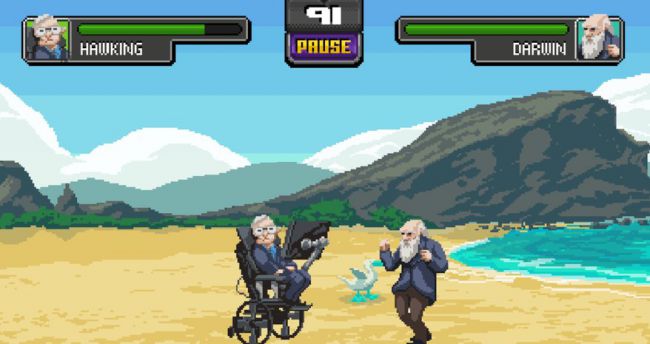 Want to pitch the scientific merits of Steven Hawking against those of Isaac Newton?  Not really.  How about letting them brawl in a brutal fight?  That’s more like it.

Science Kombat is a free browser game released in 2016 (I’m late to the party – I’ll claim that I’m flying the “Patient Gamer” flag here) which pits some of science’s greatest minds against each other in battle.

There are 8 playable scientists plus one final boss, including Isaac Newton, Albert Einstein, Nikola Tesla, Marie Curie, Pitagoras and Alan Turing.  Each character has 6 basic attacks and 2 special attacks relating to their field of research.

Science Kombat won’t displace Street Fighter or Super Smash Bros. any time soon, but it’s a fun little distraction which can run even on potato PCs and laptops.  If nothing else, it’s just cool to see the unique special moves of the characters.

You can place Science Kombat on Diego Sanches’s website.