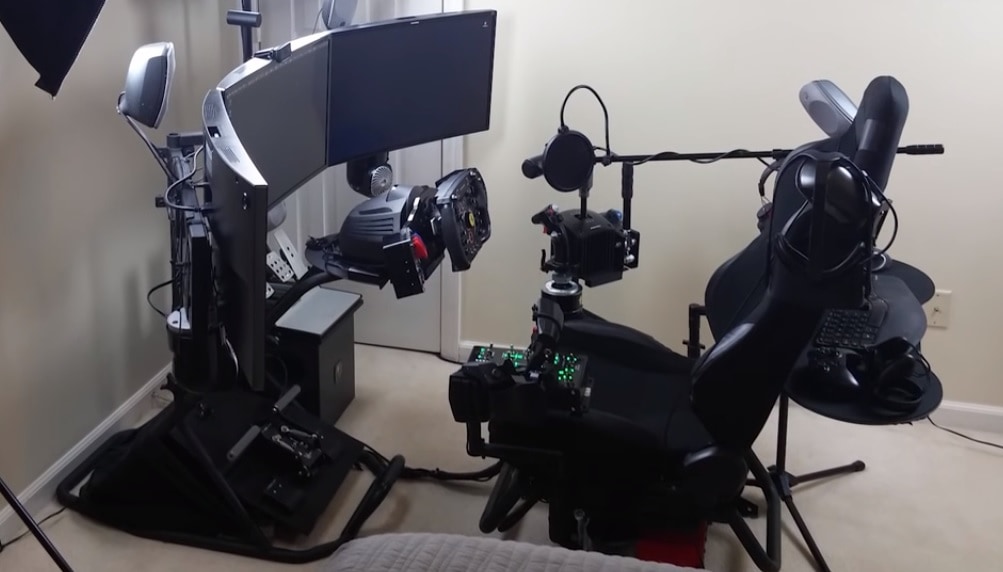 I would normally say that I love Elite Dangerous as much as the next guy who is into the game, but that’s a lie if the “next guy” is YouTuber Exigeous.

We wrote about Exigeous’s insane $14k Elite Dangerous rig several years ago and thought it was about time to check in and see how the rig is looking these days.

It turns out that while it looks similar, there have been several upgrades to make the Elite Dangerous, flight and racing simulator setup even more immersive.

Here’s a video of Exigeous sharing it:

If you’re interested in building something similar for yourself, here are the key components of the build:

…and there I was thinking that I had a pretty cool set up because I have a 4K G-Sync screen.  Ouch!

In all seriousness, Exigeous has not only heavily invested into Elite Dangerous financially, but he is also exceptionally knowledgeable about the game itself.  One only has to have a cursory look at his YouTube channel to see that he knows his stuff, as he covers everything from gear and general game commentary, to in-depth guides covering ship builds, engineering, material gathering, efficient methods to earn credits, and more.  If you’re a fan of Elite Dangerous, be sure to check it out.