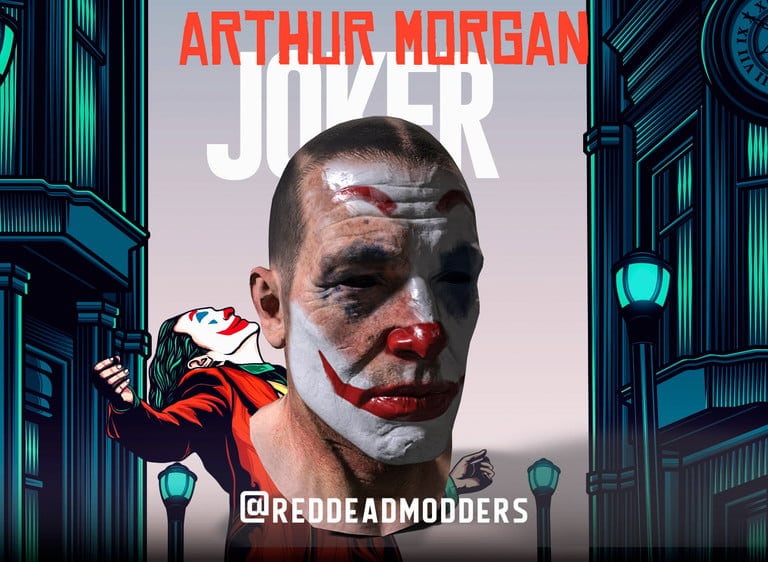 Red Dead Redemption 2 coming to the PC can only mean one thing: awesome mods.  What I wasn’t expecting was one to drop before the game even released.

The mod, created by RedDeadModders, allows the main protagonist to be transformed into the Joker, a nod to the shared first name of Arthur Morgan and Joker’s main character, Arthur Fleck.

It doesn’t make sense in the context of RDR2, but it doesn’t have to – it’s still awesome.

You can download it on RDR2 Mods, and no doubt a host of other mod sites.  There’s still no information on how to install the darn thing, so…good luck with that.  It’s still pretty cool, though.

Thanks, Richard Thompson, for the heads up!