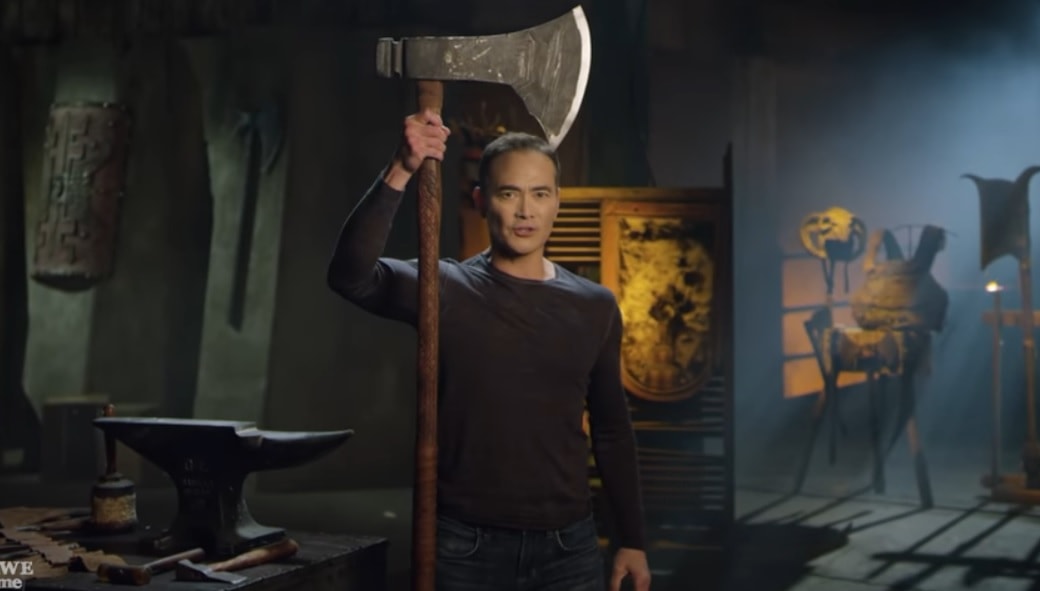 Samurais, Knights, and Vikings collide in For Honor with a mix of interesting close-combat weapons. And those weapons look even more amazing in real life.

Man At Arms: Reforged is a video series that builds incredible replicas of pop-culture weapons.  The series has teamed up with Ubisoft to create real-life versions of the Viking Dane Axe and Nodachi Sword.

The Viking Dane Axe is a massive, two-handed weapon wielded by the Raider faction of vikings.  The replica is put through its paces, demolishing a cement block with ease.

The Nodachi Sword is a katana-style blade used by the Kensei samurai faction.  The level of detail is astounding and this sword is as much a work of art as it is a weapon. Man At Arms has forged several other video game weapons, including the Greatsword Of Artorias from Dark Souls, the iron helmet from Skyrim, and the Trench Club from Battlefield 1 (featuring Danny Trejo).