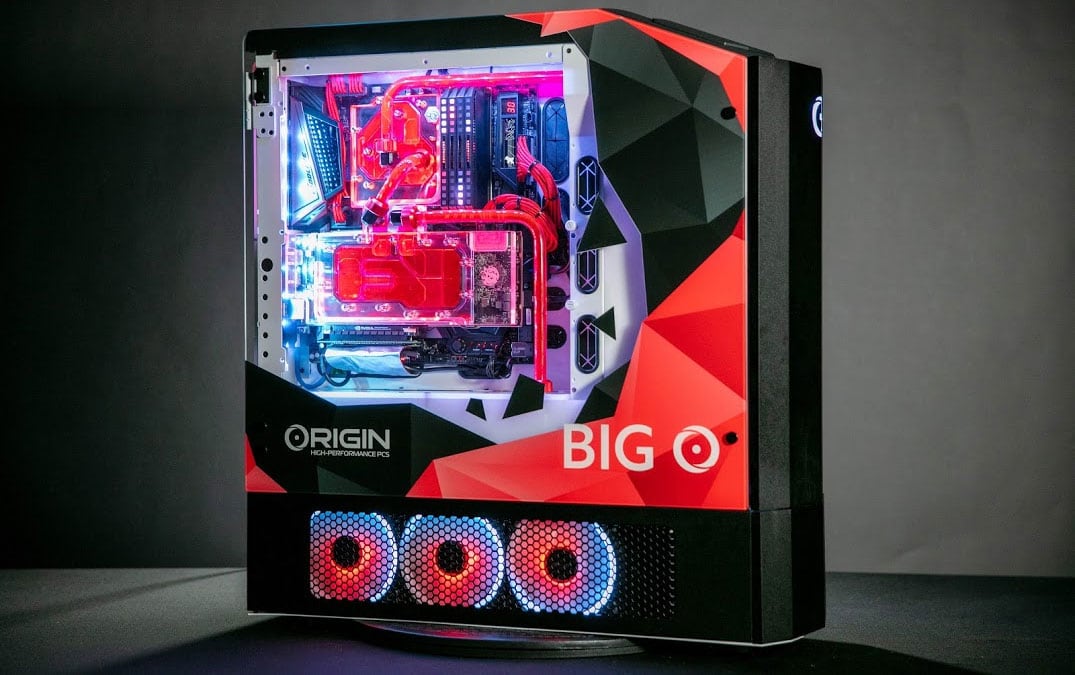 It’s 2019; why should we, as adult gamers, have to choose between gaming platforms?  That’s the stance that Origin PC is taking, as they celebrate their 10-year anniversary with a build that they’ve dubbed “Big O“.  The name is apt.

This one-off custom build combines a gaming PC with an Xbox One X, PlayStation 4 Pro, and a Nintendo Switch dock, making it the ultimate piece of gaming hardware for modern gamers.  The system combines all 4 platforms into one tower.  Check it out:

And here are the PC specs:

The whole system is liquid-cooled, including the PS4 Pro and Xbox One X.

This is actually version 2 of the Big O; the original was a gaming PC combined with an Xbox 360 built when Origin PC was founded.