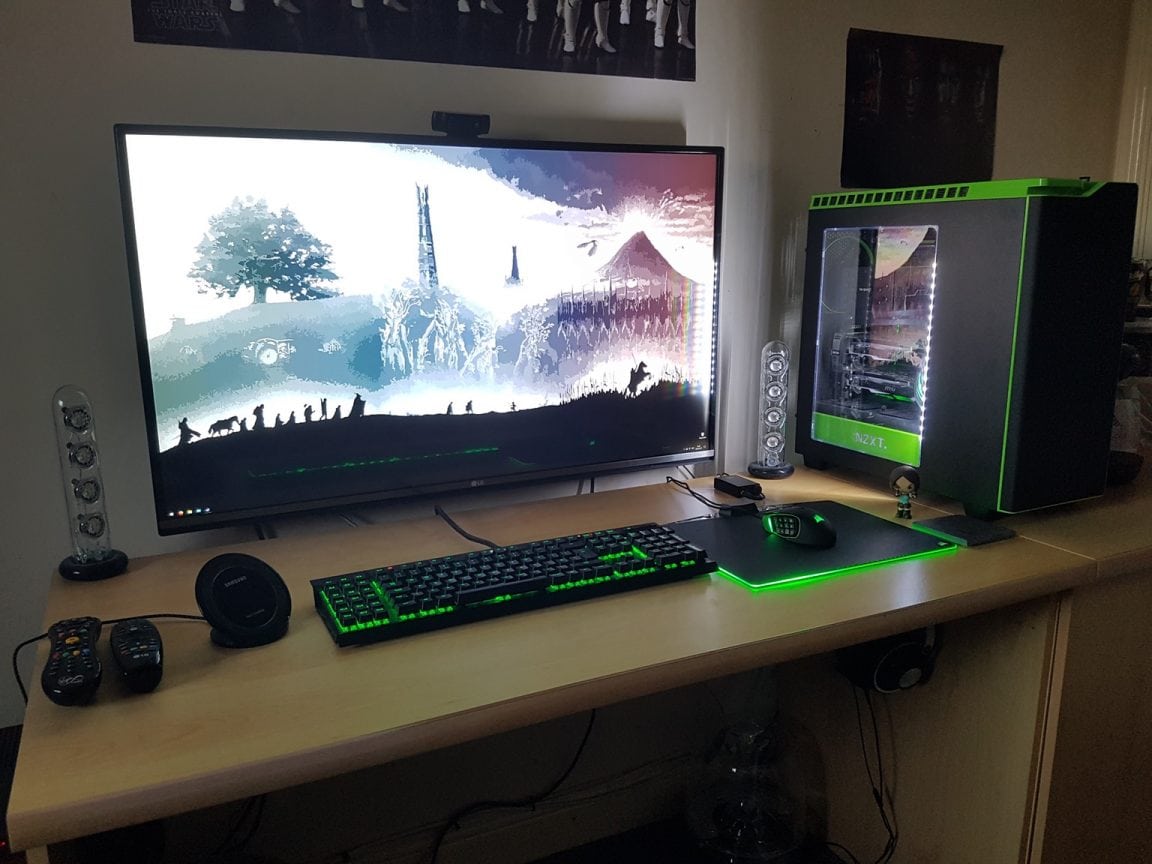 I have a half-decent gaming PC.  My stupidly huge case houses a 1080 Ti graphics card and an ageing but okay i7 4770K processor.  While far from state of the art, I’m able to enjoy most games at ultra or high settings at 4K with respectable frame rates.

Well, I could until Cyberpunk 2077 came along and annihilated my perception of my rig.

Despite having a G-Sync 4K monitor, Cyberpunk chugged so bad during the intro that I decided to put it out of its mercy in Task Manager.  After tinkering with settings, I realised that my only options to get 30 frames per second at 4K was to dial down settings to medium and high.  Ouch.

In the end, I decided to switch the resolution to 1440p, which while slightly soft on a 4K screen, has provided me with 45-55 frames per second with everything ramped up.

Admittedly, this is primarily a Cyberpunk-related issue, but it has reminded me that my build doesn’t have long until I’ll be forced to play all AAA games at medium settings at 4K or switch to 1440p and put up with softer visuals.  Games are only going to get more detailed and require more and more power from our setups and mine just doesn’t have much more to give at 4K.

Another annoyance is that my 4K monitor doesn’t have an HDMI input, so I’m having to connect my Xbox Series S to a 32 inch HDTV that I’ve had to relocate to my desk beside my monitor.

I’d been going back and forth on it – should I just go for another 4K screen with an HDMI input and lower the resolution when needed?  Are medium settings THAT bad if the image quality is crisp?  Will I essentially be paying money to significantly downgrade?

It wasn’t until I saw this two-year-old video by Linus that I decided to take the plunge and ditch 4k for 1440p:

Essentially, swapping a 4K screen for a 1440p screen with higher Hz provides a more enjoyable experience for those who aren’t hellbent on the crispest image quality.  The smoother gameplay provides a more immersive experience while playing games that have a lot of movement.  Additionally, at equal frames, it is significantly less demanding than 4K (duh).

I managed to get a heck of a deal on a 1440p gaming monitor that can churn out 4 times the amount of frames per second than my 4K monitor can, has an HDMI port for my Xbox Series S, can downsample 4K on a PS5 (rather than upscaling from 1080p), and provides my build with a bit more life, as I’ll still be able to play at Ultra settings at over 60FPS at 1440p for much longer than I ever could with my current screen.

Yes, I’d love to have pledged to myself that next year I’d buy a new PC with a 3090 and a 4K monitor with HDMI 2.1 but, realistically, that isn’t going to happen.  But, a new monitor?  That is completely doable, and now.

I’m excited to go back to having one screen and to be able to enjoy my games at a higher frame rate.  I literally only use my PC for gaming, so the crispness of letters and whatnot isn’t a dealbreaker for me.  I’m expecting the experience to be different but enjoyable in different ways.

Have you “downgraded” from 4K to 1440p?  What are your experiences?  Let us know over on Twitter!