Mass Effect: Andromeda’s characters have been criticized for looking, well, weird.  Someone has fixed that with their mad Photoshop skills.

Female Ryder received the majority of the ridicule; it isn’t that she is hideous, but when you consider that she is based on the stunning model Jayde Rossi, you realize that there’s a bit of a problem.

The good news is, it’s nothing that a bit of Photoshop can’t fix!  Check this out: 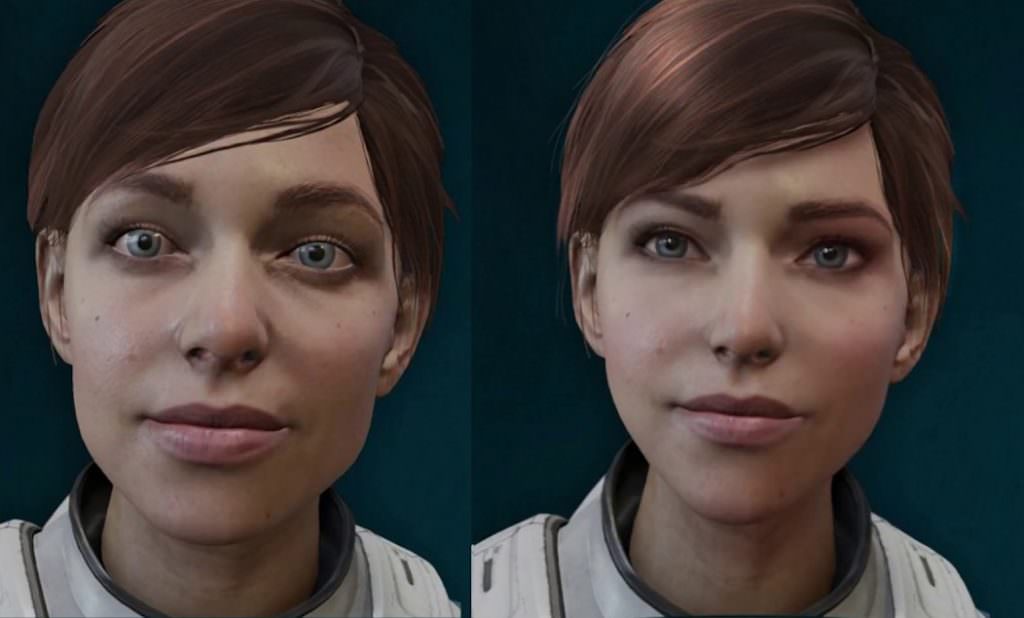 Ryder looks less swollen; these images look like a before and after shot of someone taking medication for an allergic reaction.  The tweaks are subtle but come together to create a character who not only looks more attractive but also more real.

The Photoshop God is unknown but their skills are undeniable.  I salute you.

Elsewhere on the internet, Peebee also gets a makeover:

While this image looks like it has been redrawn from scratch, it also shows a marked improvement on the original.

It just goes to show, there is a lot of talent out there.  Kudos to the two fans who upstaged the professionals.