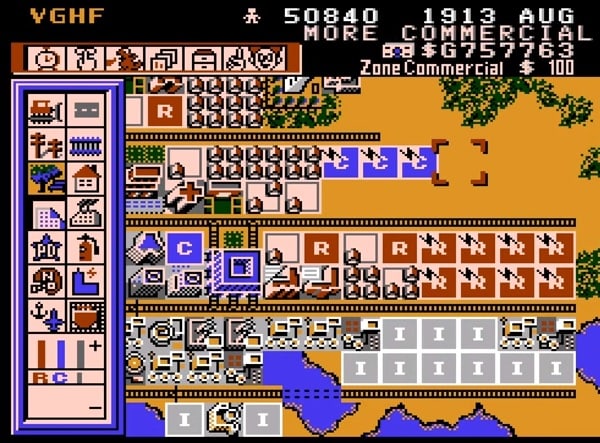 Video game historians, the Video Game History Foundation, have tracked down a previously undiscovered version of SimCity for the NES and uploaded it for everyone to play.

SimCity on the NES was last seen as a prototype at an electronics show in January 1991 but disappeared immediately afterwards.  The now-iconic city-builder ended up being released on the SNES a few months later and became a cornerstone title for the console.

What is interesting is that while SimCity was released on the SNES, the version NES was all-but complete.  Just last year, two playable prototype cartridges turned up at a used game shop in Seattle, Washington.  The Video Game History Foundation was able to successfully get a copy and they uploaded a ROM online.  The find was detailed in post by Frank Cifaldi, founder of the Video Game History Foundation.

You can see some gameplay footage here:

If you’ve played it, please leave a comment below and let us know what you think!