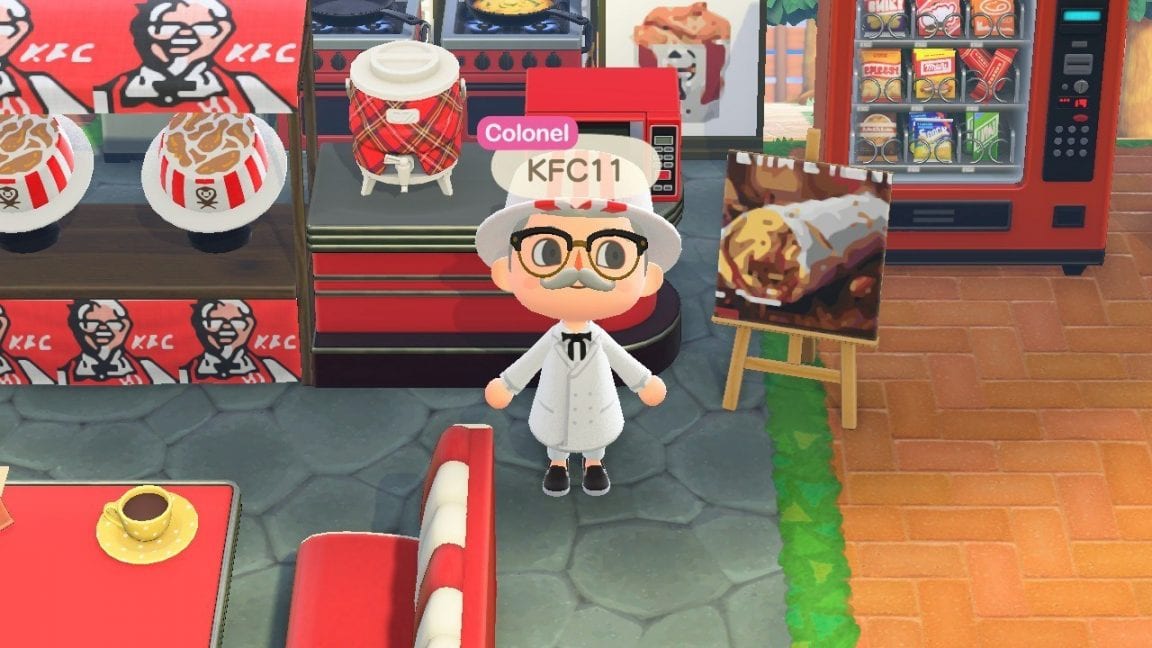 If you’re craving KFC but can’t get you some southern fried goodness because of the lockdown then we have some good news for you: KFC has opened an official restaurant in Animal Crossing: New Horizons. Okay, so that probably just made those cravings worse – sorry about that.

On the plus side, the offical Animal Crossing KFC restaurant is incredibly detailed, including Colonel Sanders himself, a main kitchen, dine-in restaurant area, and a spices storage area.  It’s a cute and quirky take on the real-world restaurants. 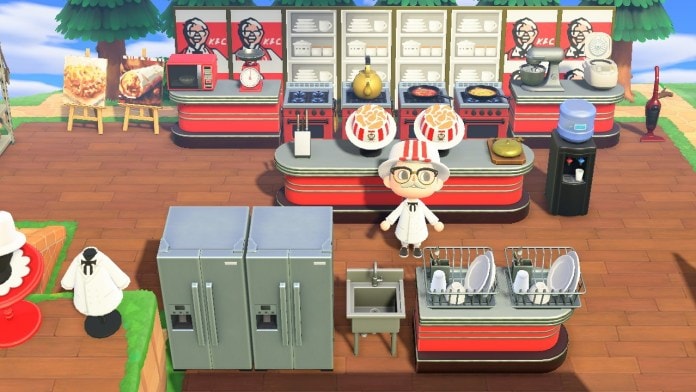 Located on the appropriately named KFC island, the creation is a collaboration between FC Philippines and Ogilvy, a global advertising and marketing agency.  As a part of the promotion, Sanders will also reportedly give out free codes for 8-piece KFC buckets to redeem at their Philippines branches, though there is no confirmation as to whether this will be rolled out to branches in other countries.

Which other restaurants would you like to see recreated in Animal Crossing: New Horizons?