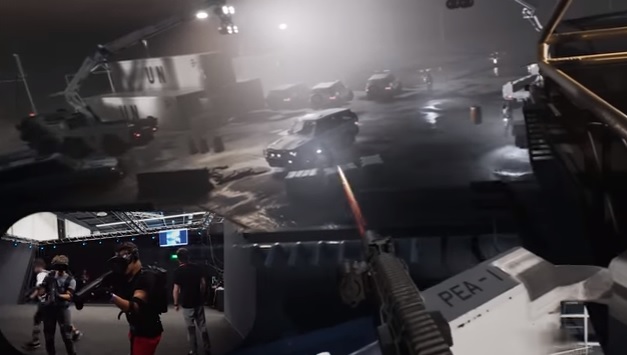 If you’re a VR sceptic and this video doesn’t convert you then nothing will.  It’s just incredible.

The YouTube channel said that they were given behind the scenes access to the technology by Wargaming – and, well, I’m jealous as heck.

The virtual reality setup goes far beyond what is currently available to owners of the Oculus Rift and HTC Vive; players are fitted with sensors down their legs and arms to perfectly mimic their movements in the virtual world.  I wonder how long it will be until virtual tea-bagging reaches this level of accuracy?

The video had me hooked – it really shows the potential that VR offers to hardcore and even casual gamers.  Players take cover and unload clips on enemies that appear to physically be only meters from them as shots fly past their heads.  It’s mind-blowing.